Divine Intervention for a Humble Doctor 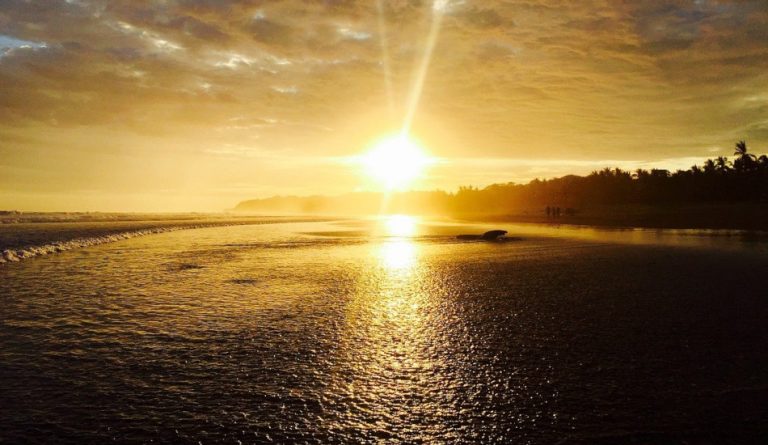 Spirituality can be about anything that goes beyond mere physical existence. (Image: NatureFriend via Pixabay)

In ancient China, there was a doctor with the last name of Hao. Dr. Hao had superb medical skills and was humble. He was very popular and well respected. One day, he saved the life of a patient from a family 30 miles away. As he walked home, the sun went down and the way was dark. He didn’t know that he was about to experience divine intervention.

Hao couldn’t help but feel a little bit scared. He picked up a wooden stick for self-defense in case he was attacked. Only a few steps out, there was a sudden howl in the dark. Hao called out: “Who is it?” Then, four men popped up out of the darkness. Their faces were smeared with black ashes, and the iron rods in their hands flashed a chilling reflection.

Realizing these were robbers, Hao begged: “I am a medical doctor who cares for and treats patients. Can you please let me go?” But the four men refused his request. They searched and looted all of Hao’s valuable belongings. They warned him: “Go away. Don’t let us see you again!”

Saving a child from two wolves

Hao survived and fled in a panic. As he was running, he heard a child crying. Hao muttered to himself: “Oh, what’s the matter with me. Trouble never comes alone. I should not bother with this, just let it go and leave immediately; the less trouble, the better.”

But the farther he went, the louder the child’s cry became. Hao couldn’t move his legs anymore. He thought to himself: “I am a doctor who helps and saves people. How could I leave someone in distress?” So he followed the crying to find the child.

When Hao reached the location, he found two wolves prowling around a child. Hao quickly lit fire to some dry grass to drive off the wolves. Following the child’s instructions, Hao led the child home safely.

When they arrived at the child’s home, the child’s mother was sobbing. She was overjoyed when she saw that the child returned unscathed. She explained: “My husband left home to gamble nearly half a month ago. Recently, the “Mountain Fever” disease has been spreading in the region, and the child was infected. His uncle demanded that I abandon the child to prevent other children from being infected, and he left the child in the wild.”

After learning about the disease, Hao said that he could cure it. He comforted the child’s mother and prescribed the proper medicines. Coincidentally, the mother had the herbs that were needed at home. While the child’s mother was brewing the herbs on the stove, she offered Hao a cup of wine.

At this moment, the door was kicked open with a loud bang, and a man with bloodshot eyes burst into the house. He grabbed Hao by the collar and accused him: “You bastard! You dare to seduce my wife in the middle of the night?” As the woman’s husband strangled Hao’s neck, the wife tried to explain, but was shoved to the ground.

Divine intervention in encountering the robber and a thief

As the two men struggled, another man jumped off from the beam of the house, pointed at the husband, and questioned: “What kind of man are you? I really can’t stand it anymore.” The husband was startled and asked: “Who are you?” The man said: “I am a thief. You can beat me up or take me to the authorities, but I want to be fair to this man.”

It turned out that this thief was looking for an opportunity to burglarize the house and saw that there was only one woman there, so he snuck in and hid on the roof to wait for the right moment to rob the place. While waiting, he overheard the conversation between the woman and the doctor, and he was moved to tears by Hao’s selflessness. Comparing himself to the kind doctor, the thief felt ashamed. He decided to reveal himself. After listening to the thief’s explanation, the husband took a closer look at Hao’s face with a lamp and cried out: “My goodness!” He then dropped to his knees on the ground in front of Hao. “Your kindness has saved several lives. Do you remember who I am?” But Hao couldn’t recognize the man in front of him.

The husband continued: “Let me tell you. I am one of the robbers who robbed you in the mountains earlier. Here is all the money that I took from you. I am giving it all back. You are my family’s savior. I beg you to stay the night with us. If you don’t, I’d rather kill myself in front of you or have you report me to the government office!” So Hao felt obligated to stay.

That night, the three men drank and poured their hearts out to each other. Hao confessed that he was reluctant to save the child when he first heard him cry. At dawn, the husband and the thief insisted on escorting Hao home. Both men exclaimed: “You not only saved the child, but you also healed the conscience of both of us. Let’s take you home safely.” Hao couldn’t refuse their hospitality, so the three men headed to Hao’s home together.

What goes around comes around

Approaching the village of Hao’s family, the three men felt a gust of wind. It carried a burning smell, and they found the village in ruins with dead bodies everywhere.

Hao uttered: “Not good,” and then passed out. His companions desperately tried to rouse him. After Hao recovered, they looked for Hao’s wife and children all over the village, but without success. They thought that the bandits had killed all the villagers during the night.

At that moment, a child’s voice broke out in the air: “Daddy!” Hao turned his head and saw that his elder brother-in-law was walking toward him with two donkeys carrying his wife and children. It turned out that Hao’s wife got very upset the previous night when Hao didn’t return home. She thought that he must have been eating, drinking, and having fun with friends. So she took the children back to her parent’s home.

Her parents were very understanding and persuaded her to go home the next day so that their son-in-law would not have to worry about his missing wife and children. At dawn, her elder brother accompanied her home. Upon arriving at the village, they learned that the bandits had slaughtered the entire village except for Hao’s family.

The sequence of events stunned everyone. If Hao had not saved the child the previous night and had just returned home, the whole family would have been killed by the bandits. If, after Hao took the child home, the father understood him and let him return home right away, he might have come across the bandits. Looking back at all the events, Hao realized it had been a case of divine intervention. He sighed: “Heaven’s will. Truly Heaven’s will!”

But his companions said: “What do you mean ‘Heaven’s will’? It is called ‘what goes around, comes around.’ Dr. Hao, your kindness is being rewarded. As the ancient said: ‘If you do good deeds all the time, you don’t have to worry about your future!'”

Translated by Joseph Wu and edited by Angela M.