Wuhan Lab Scientists Admit to Being Bitten by Bats 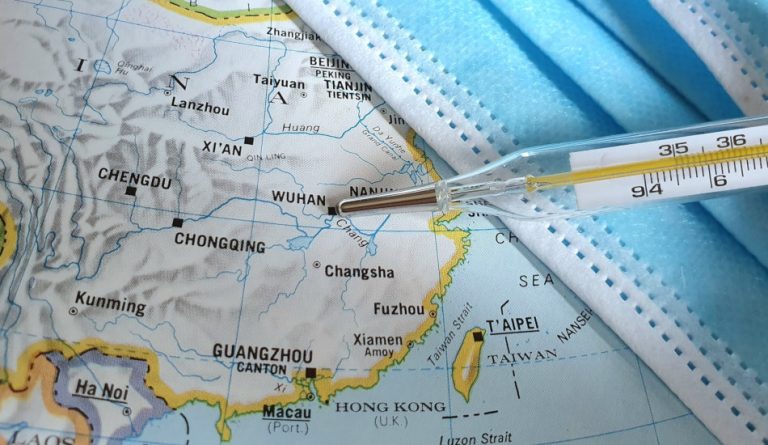 A video released in December 2017 shows lab scientists in Wuhan, China, being bitten by bats while doing coronavirus research. (Image: Okhoney91 via Dreamstime)

A video that emerged two years before the coronavirus pandemic hit the world reveals some shocking details. It shows how scientists working at the Wuhan Institute of Virology (WIV) were very nonchalant in their approach when collecting samples from a cave filled with bats while they were trying to find the origin of the SARS (Severe Acute Respiratory Syndrome) virus, which first appeared in China. The video is evidence of how Wuhan lab scientists, who disregarded the safety rules of the World Health Organization (WHO), ended up being bitten while researching bats carrying various coronaviruses.

The video in question was released by Chinese state-run TV and dates back to December 29, 2017. It brings to light the actions of one of the Wuhan lab scientists, Shi Zhengli, who has since been nicknamed “Bat Woman.” Shi and her team at WIV displayed extreme carelessness, despite working in a Biosafety Level 4 Lab — a rare classification signifying that the facility is supposed to meet the highest level of safety requirements. Not only were Shi and her team negligent in the cave, but also while handling the samples in their lab. The Wuhan lab scientists went as far as not even wearing proper Personal Protective Equipment (PPE) — a rudimentary requirement when handling potentially infectious materials.

Between 4:45 and 4:56 in the video, a researcher without any gloves is seen holding a bat. Later in the video, other team members are seen collecting potentially infectious bat dung while not wearing any recognizable PPE or other safety gear, other than gloves.

From 8:31-8:34, you can see how some members are wearing hazmat suits — an impermeable whole-body garment, while others are wearing normal clothes like shorts and scrub caps. The video shows multiple such instances of irresponsible behavior.

The narrator of the video states that although the Wuhan lab scientists are wearing gloves, they could still get infected by a bat bite. He also pointed out that the bats could be carrying a wide variety of deadly viruses, including rabies. He stated that team members receive rabies vaccine before each field sampling.

In an article posted in the China Science Exploration Center, which was later censored by China, Shi mentioned that the job is not as dangerous as everyone believes. She states that while the bats carry many viruses, the odds of them infecting humans are very tiny. She also said that if there is any chance that certain locations may carry a transmissible virus, the team takes greater precautions. However, the video is in direct contradiction to Shi’s assertions.

The video, and Shi’s contradictory statements, spent much time in the spotlight when a Chinese blogger uploaded a post accusing Shi’s lab of maliciously leaking the virus on June 16, 2020. While the post was deleted due to Chinese censorship, it can be seen on the Internet Archive. The post manages to provide an astute evaluation of the accounts of one of the team members and fellow virus researcher Cui Jie. Cui Jie narrates his account of being bitten by a bat in the video in question.

In the video, at the 8:48 mark, Cui notes a bite mark on his hand, despite wearing gloves. Since the gloves barely cover the scientists’ wrists, Cui’s bite could not have occurred very far up the arm. Yet, a moment later, the video shows swelling from a bat bite on a forearm or calf. Hence, the video gives clear evidence of how at least two team members must have suffered bat bites.

Considering how the footage raises many serious concerns, a team of World Health Organization investigators has decided to question the WIV scientists if they get the opportunity. The team will have to ask Shi the hard questions everybody is thinking about: Did any person on her team develop any symptoms after the injuries and were they tested for coronavirus? The investigation team will also need to weigh the possibility that the lack of adequate safety measures could have resulted in an infection within the lab or that a chimera virus was developed in experiments.

A researcher, who goes by the pseudonym Billy Bostickson, and his colleagues at DRASTIC (Decentralized Radical Autonomous Search Team Investigating COVID-19), have prepared a petition demanding that an international investigation team answer 50 crucial questions about the coronavirus outbreak in Wuhan.

Among the questions, there is also a request to access the facility’s database and laboratory records for the last 20 years, including the safety procedures, safety audit reports, and safety incident reports.