Hypnotism, Are You Convinced? 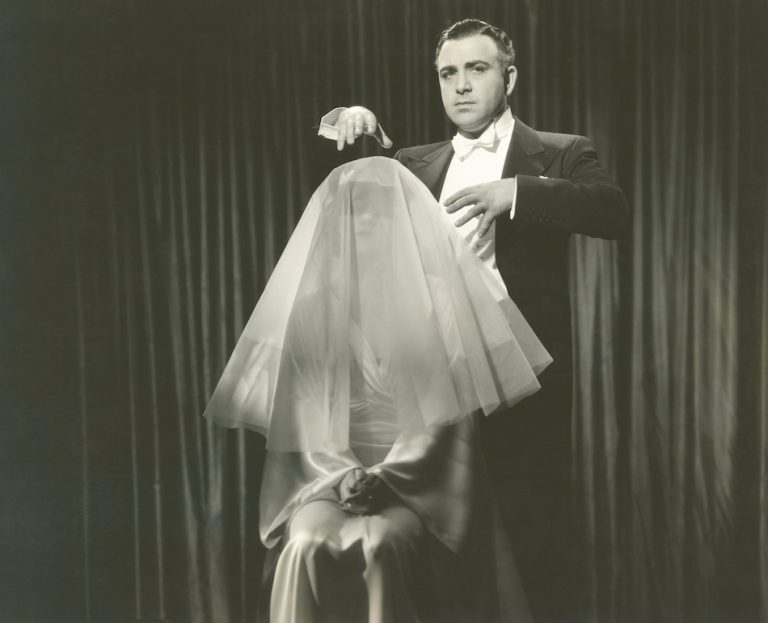 It turns out that hypnosis isn't just about getting people to run around on stage like a rooster and can actually be used as therapy. (Image via Dreamstime.com © Everett Collection Inc.)

Maybe, like me, you have encountered a hypnotist performing live on stage, wherein the show itself was absolutely hilarious due to the participants’ performances, but at the same time it was also intriguing. How can someone get another person to run around on stage arms akimbo, crowing like a rooster? How can someone snap their fingers and make people fall asleep instantly? Does hypnotism actually work, or were the participants “acting” out a role?

As you can tell, I am quite skeptical, so I decided to delve into this interesting topic by interviewing a qualified therapist who uses hypnosis as a tool to assist patients.

Before I begin, I must issue a “disclaimer”: I take no responsibility for my actions during or after the interview, to protect my reputation in case a video turns up on YouTube or Facebook of me running around like that rooster.

The interview, plus further research, gave me quite a few insights into the practice of hypnosis and its benefits, the first being the reason most people seek treatment from a hypnotherapist — addiction.

After many attempts at giving up addictions, many people realize they need professional help to succeed. Whether it is alcohol, drugs, smoking, overeating, or even gambling, they most likely will have tried numerous times to overcome it, but keep falling down. Other common reasons for visiting a hypnotherapist are to overcome fear, a phobia, a behavioral pattern, or even to alleviate stress or sleep disorders.

Hypnosis can be used as an effective method to change habits and take back control of one’s behavioral patterns. While some people regard it as an “alternative” treatment, it can provide relief for many people. Some people have even called it “a lifesaver” after experiencing great results.

How does hypnotism work?

In layman’s terms, hypnotism can be described as “an intense state of mental focus.” By putting patients into a state of deep relaxation, the conscious mind becomes quiet. Thus, the subconscious mind becomes alert and is open to positive suggestions. During this relaxed stage, the hypnotherapist can introduce positive guidelines to help you achieve your goal.

Contrary to what is often believed, it is actually the opposite of having a weak mental disposition, as the concentration required can be intense. It is similar to opening and then strengthening a link between the conscious and subconscious mind to reinforce positive behavior.

Actually, many of us have experienced this “hypnotic” state without being aware of it. You may be so focused on a task or deeply into a book or game that you are unaware of your surroundings. Someone speaks to you and you haven’t heard a word of it. Your mind was totally elsewhere.

Many sessions of hypnosis may be required, as the conscious mind has formed such an ingrained habit, and in these cases, the hypnotherapist I interviewed said that ”NLP” (neuro-linguistic programming) may be helpful. That terminology actually sounds quite frightening and out of a science fiction movie. Basically, it is reprogramming the mind, getting rid of the old habits, and reinforcing a new way of thinking.

Hypnotism, as seen on a stage, is actually a form of entertainment. The people who volunteer have a desire to be part of the show. They are very willing to “act the fool.” You could actually refer to them as extroverts wanting fun. They enjoy themselves.

Hypnotism cannot be used to make a person behave in a manner that is against their will or morals. The same applies to revealing your deep secrets — you will only disclose them if you want to.

There is a major difference between a stage hypnotist and a trained hypnotherapist. One is putting on a show, while the other is trying to help people deal with difficult problems. Hypnotism can be fun and entertaining, but hypnotism can also assist people to overcome addictions and fears. It all depends on what the participant wants from it.

Can everyone be hypnotized?

Most people can be hypnotized, but only if they are willing participants. Some people show resistance, and if they do, it will not work for them.

Hopefully, this has given you a small insight into the basic workings of hypnotism and its applications. There is so much more to learn about it, but that should be left to the professionals in the field.

Actually, writing this article has opened up an old childhood memory.

My grandfather was a hypnotist. He would hold a yabby (Australian freshwater crustacean) upside down and stroke its head and say he was hypnotizing it. Within a couple of minutes, the yabby appeared to be asleep. As little kids, we would be amazed at his ability.

Just to finish off, I would advise you to consider also writing a “disclaimer” for yourself. You never know if I have developed skills through my research on how to insert subliminal messages in the text… don’t forget that rooster!

Trust me… Look deeply into my eyes…