Your Electric Car Can Now Be Charged in 5 Minutes 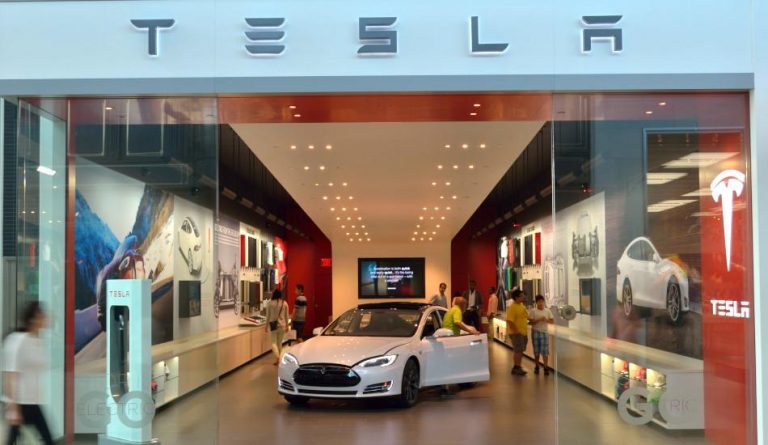 New 5 minute recharge batteries for electric car owners are on the way, eliminating the long recharge time and range anxiety. (Image: via Flickr)

It takes the same time now for an electric car to recharge as any other car that runs on petrol or diesel. Climate uncertainties have been the topmost priority in the invention of electric vehicles.

Nevertheless, it is an inevitable and lingering concern for the car drivers to run out of charge during a journey and that has given scope for Israeli company StoreDot to develop new lithium-ion batteries manufactured by Eve Energy in China.

Graphite is used as one of the electrodes in the existing Li-ion batteries that contain lithium ions to store the charge. But there is a chance that the battery will short-circuit if rapidly charged, as the ions can turn into metal if congested.

So they are charged at a low pace to avoid such problems. It makes drivers think twice about sitting in a charging station for hours or getting stuck on the highway. But with these new batteries, the experience will be the same for electric cars and other car drivers.

In these new batteries, this graphite is replaced with semiconductor nanoparticles in the StoreDot batteries, which quickens the momentum of ions into it easily. These nanoparticles, based on germanium, are water-soluble and easily handled in manufacturing.

But StoreDot plans on using silicon as it is cheaper and is expecting these prototypes later this year. There won’t be any difference in the cost compared to existing Li-ion batteries.

StoredDot has already developed extremely fast-charging batteries for phones, scooters, and drones in the past and aims to showcase its technology to carmakers and other companies with its new production of 1,000 batteries for electric cars.

The company has raised US$130 M to date with Samsung, Daimler, BP, and TDK — an electronics company based in Japan — investing in it and has been named as a Bloomberg New Energy Finance Pioneer in 2020.

For batteries to be charged in five minutes requires higher-powered chargers than those available in the market today. StoreDot aims to deliver efficient batteries that last for 100 miles by 2025, using the present charging infrastructure.

Doron Myersdorf, CEO of StoreDot, said: Cost is no longer a barrier to the adoption of electric vehicles, but range anxiety is. He further added: “Everyone thought that a five-minute charging lithium-battery is a fairy tale. So, we are releasing engineering samples from a mass production line instead of lab prototypes to prove that it is feasible and commercially ready.”

Batteries are the new oil for electric cars

We know that most refueling stations have enough facilities to provide oil and gas. “The charging grids and stations need to be upgraded as batteries are the new oil, and that is the reason why they are working with BP,” he said. BP owns 18,200 fueling stations and understands that 10 years from now, these stations will be obsolete if not equipped with facilities to charge electric cars.

Several companies around the world, such as Enevate, Tesla, and Sila Nanotechnologies, are working on silicon electrodes to develop new fast-charging batteries. Other companies are experimenting with different compounds, such as Echion Technologies, a spinoff of the University of Cambridge Engineering Department.

Elon Musk, CEO of Tesla, took to Twitter to say: “Producing battery cells is an important problem slowing down a sustainable energy future.” Prof Chao-Yang Wang said: “We can expect such fast-charging batteries to be available in the market in the next three years,” at the Battery and Energy Storage Technology Center. “They with minimal costs help automakers in reducing the size of the battery and eliminating the range anxiety simultaneously, leading to a reduction in the battery cost.”

A company named EC Power, which is a European producer of combined heat and power plants, is developing research by Wang’s group. They increase the battery temperature to 140°F (60°C), which allows the lithium ions to move faster without damaging the battery by heat. He said this makes a battery fully charged in 10 mins.

Wang also mentioned: “Finally, they are attaining equality with fuel-run vehicles in terms of both convenience and cost, and they have the technology to fast charge  US$25,000 electric cars that are super fast, with 10-minute rechargeability.

Wang pointed out that fast charging will be a useful method only if it can be repeated at least 500 times without damaging the battery’s life. The EC power battery can do so 2,500 times, while the StoreDot battery can do so 1,000 times while maintaining 80 percent of the original capacity.