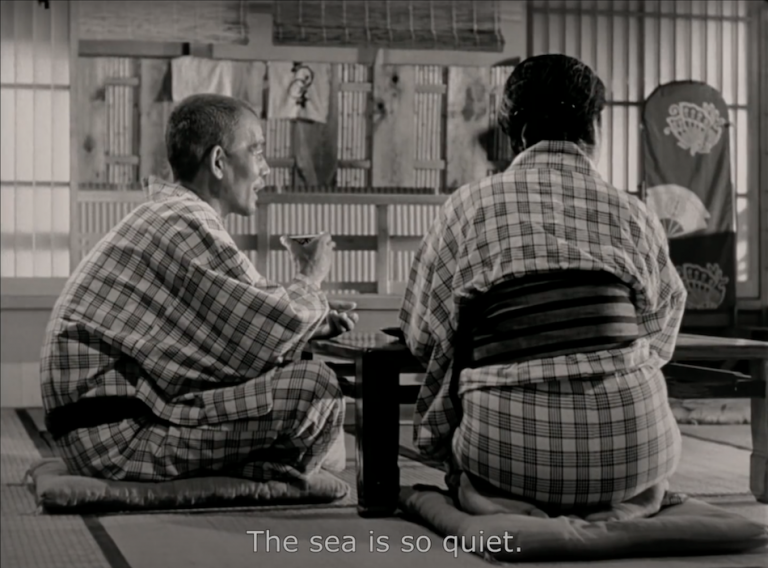 Whether or not you celebrate Valentine’s Day, it’s nice to pause and appreciate L-O-V-E. It doesn’t have to be with the love of your life, but lucky you if it is. What better way than to watch some Valentine’s Day movies.

So on this Valentines’s Day, you can go for a nature walk with some friends you love. Take your dog for a long walk on the beach. Dance in your bedroom to the Sparks. Tell your mom she’s beautiful. Maybe even find the courage to tell that secret someone how much you fancy them, or send them a bouquet of flowers.

Or if you’re like me, make it an excuse to stay in, watch some films, snuggle up, and enjoy the magic of cinema.

Leos Carax’s first feature film and a late entry into the French New Wave, Boy Meets Girl is a black-and-white film set in Paris that bursts with a romantic, spontaneous atmosphere.

As the title suggests, this film is about the chance meeting of two people. They are wounded lovers and fate brings them together in the most imaginative scenes.

A party scene with a bedroom full of babies, tap dancing Parisian style, walking with eyes tightly closed on the streets of Paris at night while listening to David Bowie.

It has a moody tone, which you might like, or if you’re after something lighter, head to number 3.

Takeshi Kitano got the idea for this film from a scene he saw in his childhood of two real-life beggars, bound together by a piece of string, wandering the suburbs of Tokyo.

He was fascinated by the beggars’ love for each other. It is a highly stylized film with vivid colors and extravagant costumes by designer Yōhji Yamamoto.

It is told from the perspective of Banraku, traditional Japanese puppets, and how these puppets might imagine the lives of humans in three stories of blind love.

Wes Anderson knows how to bring out the adventure in love. The film is set in the summer of 1965 on an island off the coast of New England, and tells the story of two 12-year-olds who fall in love, make a secret pact, and run away together into the wilderness.

I’m a fan of all those little details that make up Wes Anderson films.

I thought it was a nice touch in the film with the map of New Penzance, a pair of islands right next to each other can be seen labeled as “Fidelity Island” and “Honesty Rock.”

Yasujirō Ozu’s Tokyo Story is a reflective film about morals, selfishness, and youth’s treatment (or mistreatment) of the elderly.

But it’s also a deeply moving love story, while never being manipulative or over-sentimental, as Ozu achieves the most moving emotions through his trademark simplistic style.

Set during the Bosnian war in a remote corner of Yugoslavia, a Serbian engineer falls in love with his Bosnian Muslim hostage.

The couple begins to cling to each other as the war escalates, and baffled by the hatred around them, they emanate love.

If you have never seen a film by Emir Kusturica before, you can expect a brass band to be in it somehow, animals in almost every shot, levitating fish, magical turkeys, flying beds, tragedy, comedy, and a lot of heart.

City Lights is a silent tale of a lovable vagrant falling for a young blind woman who sells flowers on the street and mistakes him for a millionaire.

Chaplin uses the Girl’s blindness to remind the tramp of the precarious nature of romanticism in the real world as she unknowingly assaults him multiple times.

Set in Aki Kurasmäki’s native Helsinki, Ilona is a supermarket checkout clerk who meets Nikander, a lonely garbage man, and they develop romantic feelings toward each other. Both of them are extremely shy so this hinders any fast development of their relationship; an issue that Valentine’s Day can help with.

Kurasmäki is like no other director in the way he seems to marry social realism and visual stylization along with dry comedy and warm-hearted humanism.

He focuses on the hardships of Finland’s working class with deadpan comedy. No glamor, just beauty.

Warwick Thornton’s brave and tender teenage love story is set in an isolated community in the Central Australian desert. Samson has feelings for Delilah, but she ignores him. Her grandmother encourages her to follow her heart so they begin to date.

They both become victims of violence and hit the road looking for a town where they can live a better life. The two leads had never acted before and they exchange almost no dialogue throughout the film. They give the most captivating performances that will leave you deeply moved on Valentine’s Day.

Warwick Thornton says: “It’s my life — everything in that film I’ve seen and I wanted to show the world what Alice Springs is like.

Julio Medem based part of this film on his own experience of unrequited teenage love from his next-door neighbor. This melodramatic film starts in Spain and ends at the Arctic Circle/Finland.

The story is about Ana and Otto, who meet as 8-year-olds and feel destined for each other. As teenagers, they consummate their love, and when adults after they have been separated for a long time, try desperately to find each other again.

There are some stunningly beautiful shots and interesting ideas about the role played in our lives by coincidence and circular circumstances.

The film’s original Chinese title means “the age of blossoms” or “the flowery years” — Chinese metaphors for the fleeting time of youth, beauty, and love.

Set in 1962 Hong Kong, two neighbors, a woman and a man, form a strong bond after both suspect their spouses of extramarital activities. However, they agree to keep their bond platonic so as not to commit similar wrongs, making the characters’ restraint more poignant and ennobling.

Wong Kar-Wai is known for his poetic filmmaking and collaborations with cinematographers Christopher Doyle and Mark Lee Ping-bin. The film is breathtakingly beautiful with its exquisite images, music, and the mood it creates.

Happy viewing and cheers to all on Valentine’s Day!