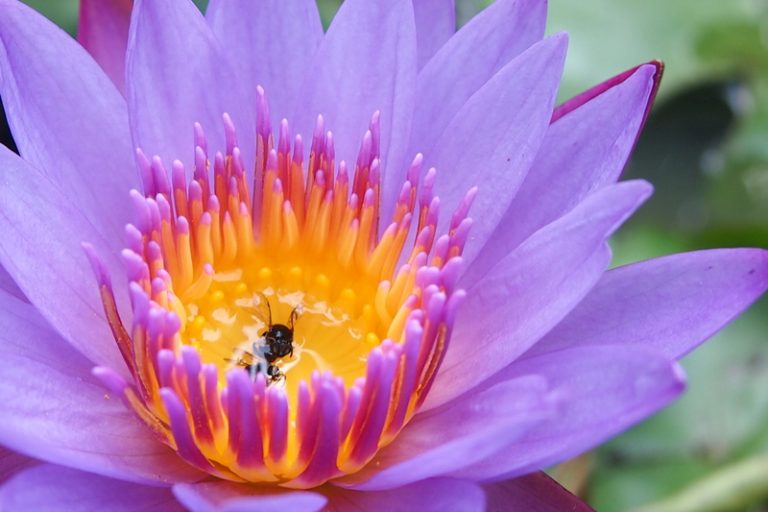 The Shoemaker finds the lost jewels and guards them, hoping that the rightful owner will return. (Image: via Dreamstime.com © Acr23)

The Ling Bridge, located on the Fenghua River in the center of Ningbo is famous for its unique appearance. It has a large iron archway that is visible for miles. On one side of the bridge is the Three Holy Temple.

The original Ling Bridge began its life as an ordinary wooden structure spanning the river. There is a small temple at the bridgehead called the Three Holy Temple. The temple is named after the three saints inside: the magistrate who sits in the middle, the shoemaker on the right, and the merchant holding a box on the left. What is the story behind these three figures?

Many years ago, before the wooden bridge was built, there was a ferry to take passengers back and forth across the river. The trip took half an hour each way and even longer if the weather was bad.

There was a cobbler in a small straw workshop at the ferry port. He had been there for many years, and he had a reputation for doing excellent work at a reasonable price. He made a living by mending shoes for passengers waiting for the ferry and seeking shelter in his workshop. Eventually, his little hut became the official waiting room for the passengers.

The lost jewels: How the Three Holy Temple was born

One day, a merchant who had been away traveling needed to cross the river to get home. His shoes were worn out from all the walking he had done on his travels so the shoemaker resoled the shoes and finished just in time for the ferry’s arrival. The merchant quickly put his repaired shoes on and jumped onto the ferry.

When the cobbler finished for the day, he found a small box under one of the stools in his workshop. Upon opening the box, he discovered it was full of jewels. As it was late and the ferry had completed its last journey for the day, he had to take the box home with him for the night.

One day, a merchant came to the workshop and sat down opposite the cobbler. He chatted with him awhile and watched him work. The cobbler looked at the merchant carefully.

The merchant said: “Master cobbler, your work is so good. The shoes you repaired for me three years ago are still as good as new.” He showed the cobbler his shoes.

The cobbler looked at the shoes and understood at once who the merchant was, but he still replied calmly: “Three years? No, it’s three years and one month!”

The merchant took a moment to reflect on the time, smiled, and said: “Master’s memory is accurate, but I am confused.”

The cobbler asked: “Why are you confused? Nothing has been lost.”

The merchant was surprised and said: “To tell you the truth, I forgot something last time I was here. I left a box behind.”

The cobbler said: “Lost a box? There are many things that have been left behind here.”

The merchant replied: “Ah Master, if it was an ordinary box, I wouldn’t mind, but it was a jewelry box.”

The cobbler asked him: “Why didn’t you look for it back then?”

The merchant sighed: “Look for it? I didn’t realize I’d lost it until I stopped at an inn for the night. I wanted to come back for it, but I didn’t think it would be worth it. Whoever found that treasure wouldn’t want to admit they had it. Besides, I had to rush off on another trip once I’d visited my family. If I’d missed the ship, I would have been delayed another six months so I just had to accept that I’d been unlucky.”

After hearing the story, the cobbler laughed and said:

“What a great customer! You’re wealthy and generous but you have a very narrow view of the world. You only see people through small coin holes. Do you really believe that everyone in the world is greedy? Okay, can you tell me what kind of jewelry is in the box?”

The merchant perfectly described the jewels in the box. After listening to him, the cobbler was excited and exclaimed: “Okay, I’ve carried this box to work and home again every day for three years and one month, waiting for you to come and find it. And today’s the day. Here you are at last!” As he spoke, he lifted a small box out from his large toolkit. “Here, look! It’s your box!”

The merchant instantly recognized his jewelry box and was amazed. He opened the box and picked up a large handful of diamonds and pearls. He tried to give it to the cobbler, saying: “Master I can’t thank you enough. Here’s a little gift so you can build a proper shop here.”

The cobbler laughed and said:

“You’re muddled again! If I were greedy for money I would have taken the jewels long ago. It’s yours — take it!”

But the merchant was insistent and tried to press the gift on the cobbler. They argued back and forth for a long time, attracting a large group of onlookers. Some said the merchant was lucky not to lose his money and the cobbler should accept the gift, while others praised the cobbler’s good conscience and generosity.

Why don’t you use the funds to build a bridge and help everyone who needs to cross?

A country magistrate arrived to take the ferry just as the argument seemed to be going nowhere. The onlookers asked him to arbitrate and he agreed. After hearing both sides, the magistrate said: “You both have such high moral standards that you’re never going to settle this matter with a gift.

The jewels were lost and then found all because there’s no bridge across the river. Why don’t you use the funds to build a bridge and help everyone who needs to cross? If the funds are inadequate, I’ll happily donate to make up the shortfall.”

As the magistrate finished speaking, everyone applauded and many onlookers donated money on the spot. The merchant was moved and offered all of the jewels on the spot, while the cobbler said he would do his best to help. The wooden bridge was quickly completed and people no longer needed to take a long ferry journey to cross the river.

People have never forgotten this story. The Three Holy Temple was built to honor the memory of the cobbler, the merchant, and the magistrate. These three wise and generous spirits have been worshiped as Bodhisattvas and praised for their good deeds through the ages.