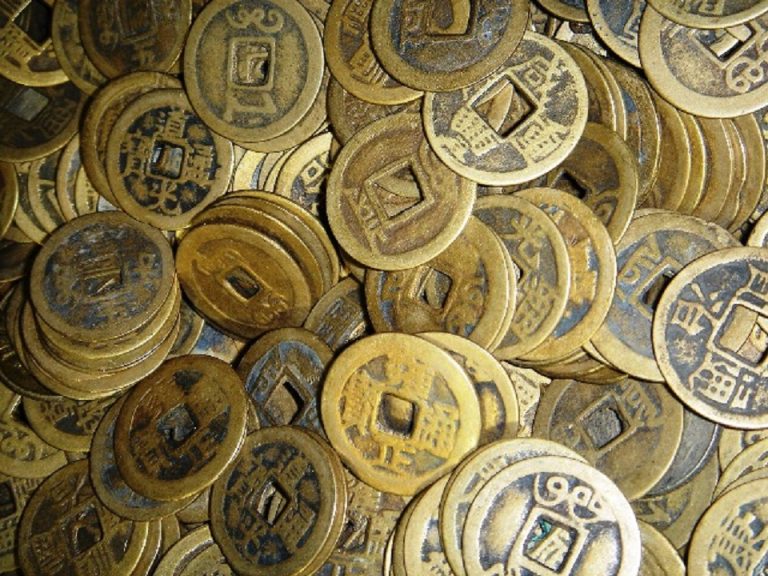 deep inside, Yan Tong was always secretly happy that his dream of becoming rich was about to come true. (Image: jimmiehomeschoolmom/2320971284 via Flickr)

It is said that a person is rich and prosperous for a reason. Accumulation of virtue, in this life or from previous lives, can be exchanged into wealth and prosperity. This is a true story from the Qing Dynasty of immediate reward for having virtue and doing a good deed.

In the Shunzhi era, an elderly farmer from Longxi named Huang Zhong and his son, Xiao San, took their small boat to the east gate of Zhangzhou to buy manure.

Huang Zhong said to his son: “This is a lot of money, and judging by the way it is wrapped, it probably belonged to a poor man. I should have waited for the owner to return for the silver.” Believing his father was too high-minded to be reasoned with, Xiao San became angry and stormed off.

Huang Zhong sat and waited in the boat by the shore. After a long time, he noticed a man running from afar. The man rushed into the restroom, where he frantically searched back and forth in a very anxious and miserable state.

Huang Zhong walked over to greet the man and asked him what was going on. The man replied: “My father was framed by bandits on the mountain and he is now in Zhangzhou prison. Yesterday, I went to see a reputable gentleman and asked him to intercede with the government for help. He agreed to send the bail once the governor allowed it, and I promised to pay him 120 ounces of silver as a thank you gift, in addition to the bail.

The silver was to be used to save my father

When I returned home, I hastily sold my land and home, and begged friends and relatives for a loan, but I still only managed to get half of it. The silver was to be used to save my father, so I wrapped it up and put it in a belt pouch around my waist before heading to Zhangzhou. When I arrived, I was in a hurry to go to the restroom, so I took off my belt pouch and put it on the seat. In my panic, I tied my pants and rushed out, leaving the belt pouch behind.

“I am not afraid to die, but what can I do to save my father?” Upon saying this, the man burst into tears.

Huang asked the man to describe the color of his belt pouch and how much silver was in it. After hearing the description, Huang comforted the man saying: “I have waited for you for a long time. The silver pieces are here.” He took out the belt pouch and handed it to him. The man was so overjoyed that he offered Huang 500 ounces of silver as a thank you.

Huang Zhong declined, saying: “If I were greedy, I could have kept all of the silver pieces.” Huang waved his hand, telling the man to go take care of his business, and he then headed for home on his boat.

In the middle of the journey, a great storm suddenly arose

In the middle of his journey home, a great storm sprang up, with heavy winds and blowing rain. Huang docked his boat at the edge of a deserted village to wait out the storm. There was not a soul to be found.

As he was walking on the riverbank, a portion of it collapsed under the heavy rains, revealing a jar buried in the earth. Upon taking a look, Huang saw that the mouth of the jar was sealed and filled with some sort of tin. He thought the jar would make a good container for storing rice, so he dug it out to carry home with him. Upon lifting it, he was surprised to discover how heavy the jar was and had a hard time carrying it to the boat.

After a short while, the rain and wind stopped. Huang set off again for home, arriving at midnight.

Upon his arrival, Huang knocked at the door, but he got no answer. It turned out that Xiao San had told his mother about the silver they had found, and both mother and son were upset with Huang for not keeping it. Huang Zhong coaxed them, saying: “I have a treasure jar in the boat; come out and carry it with me.” Surprised, his mother and son got up and ran to the boat. Upon finding the jar, they discovered more than 1,000 pieces of silver inside.  The storm had unearthed a buried treasure.

Immediate reward for his virtue

Unfortunately, the neighbor, whose house was separated from Huang’s by only a reed wall, heard the couple’s conversation. The very next day, the neighbor reported the Huang family to the government for stealing another family’s treasure.

Before long, Huang Zhong was brought to court for trial. He did not hide anything and honestly told the whole story. Upon hearing the story, the court magistrate said: “What you found is a gift from Heaven. Those who do good deeds receive rewards.” The magistrate released Huang Zhong and let him keep all the silver pieces because of his high virtue.

Huang was wealthy enough to move his family to the city, where they lived a better life. Heaven rewarded Huang Zhong for his virtue, honesty, kind heart, and good deeds.