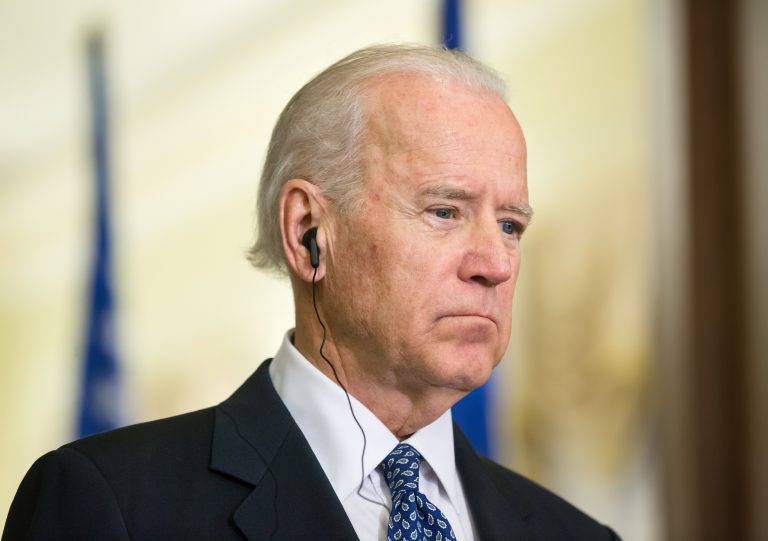 The Biden administration has cast the U.S.-China relationship as the 'biggest geopolitical test of the 21st century.' (Image: Palinchak via Dreamstime)

U.S. President Joe Biden and his Chinese counterpart Xi Jinping held their first telephone call as leaders. The call took place on the evening of Feb. 10 in the U.S. and just hours after Biden announced the creation of a U.S. Department of Defense China Task Force to help craft the United States’ strategic approach to Beijing.

“President Biden underscored his fundamental concerns about Beijing’s coercive and unfair economic practices, a crackdown in Hong Kong, human rights abuses in Xinjiang, and increasingly assertive actions in the region, including toward Taiwan,” the White House said in a statement.

Xi told Biden that confrontation would be a “disaster” and the two sides should re-establish the means to avoid misjudgments, according to the Chinese foreign ministry’s account of the call.

The Chinese leader maintained a hardline tone regarding Hong Kong, Xinjiang, and Taiwan, which Xi told Biden were matters of “sovereignty and territorial integrity” that he hopes the United States will approach cautiously.

The White House said the leaders also discussed how to tackle the coronavirus pandemic and climate change, and how to prevent the proliferation of weapons.

“President Biden affirmed his priorities of protecting the American people’s security, prosperity, health, and way of life, and preserving a free and open Indo-Pacific,” the White House said in its public account of the discussion.

The Taiwanese (Republic of China) government, which has complained of the mainland’s repeated military drills near the CCP-claimed democratic island, thanked President Biden for expressing his concern.

The telephone call was the first call between Xi and a U.S. president since the Chinese leader spoke with former President Donald Trump last March.

During the Trump administration, the United States launched a series of actions against the People’s Republic of China (PRC), including a trade war, sanctions against Chinese officials and firms perceived to be security threats, and challenging Beijing’s territorial claims in the South China Sea.

Biden had called Xi a “thug” during the presidential campaign and vowed to lead an international effort to “pressure, isolate and punish China.” The president also said in early February that Beijing is Washington’s “most serious competitor”, and his administration has indicated it will broadly continue the tough approach taken by the previous administration.

At the same time, the Biden cabinet has softened its diplomatic rhetoric in some respects, such as dropping the “China Challenge” advocated by Trump’s secretary of state Mike Pompeo from the State Department website and rolling back a proposed blanket restriction on the CCP-run Confucius Institutes. Thus far, Biden administration officials have not made direct mention of the Chinese Communist Party, a notable contrast with Pompeo’s stated aim of distinguishing between the Party and the Chinese nation.

A senior White House official noted there was a growing concern regarding China’s recent saber-rattling, including recent “unprecedented economic attacks” towards Australia and “aggressive actions” against Taiwan.

“I made clear the U.S. will…hold Beijing accountable for its abuses of the international system,” U.S. Secretary of State Antony Blinken wrote on Twitter following the Biden-Xi call. In response, Blinken’s counterpart in Beijing, Yang Jiechi, warned the U.S. not to interfere in Hong Kong and Xinjiang, saying “no one can stop the great rejuvenation of the Chinese nation”.

A senior White House official said the call came at a time when the United States believed it was in a position of strength, after consultations with allies and partners, to lay out core concerns about China’s “aggressive activities and abuses”.

The Biden administration will look in the coming months at adding “new targeted restrictions” on certain sensitive technology exports to China in cooperation with allies and partners, the official said. The official also said there would be no quick moves to lift the tariffs the former Trump administration left in place against Chinese imports.

The Biden-Xi call came after Blinken spoke by phone with Yang last week. That was the first announced high-level exchange between top diplomats from the two countries since former Secretary of State Mike Pompeo met Yang in Hawaii last June.

In his call, Blinken said Washington would stand up for human rights in Xinjiang, Tibet, and Hong Kong — all issues Yang had days earlier said the United States should stay out of.