How One Small Act of Kindness Grew to Touch the World 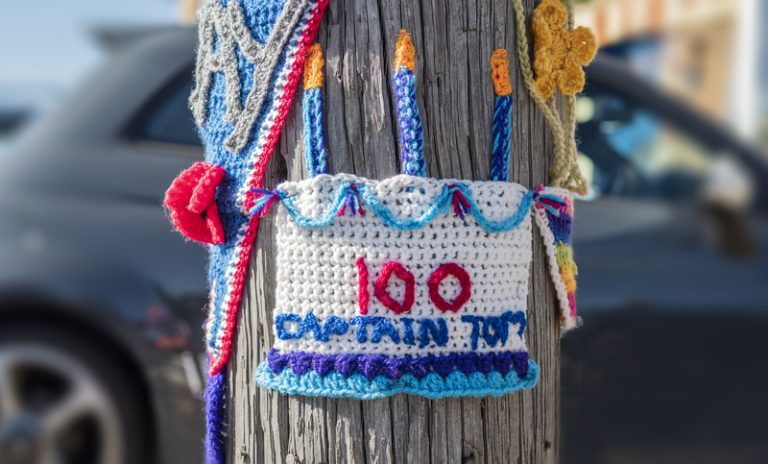 Captain, Sir Thomas Moore receives a Knighthood for his service and kindness. (Image: Ilzekalve via Dreamstime)

Captain Sir Thomas Moore (known as Captain Tom) became an international symbol of kindness, courage, and sacrifice during the dark days of 2020 and beyond. Born on April 30, 1920, Captain Tom wanted to continue a lifetime of giving at the age of 99. He decided to raise money for Britain’s National Health Service (NHS) by walking 100 lengths of his garden.

Captain Tom had had a fall in 2018 and sustained serious injuries, including a broken hip, a broken rib, and a punctured lung. He received treatment through the NHS and was so moved by their service and kindness and the enormous sacrifices they were making through the pandemic that he felt he needed to do something to contribute.

Due to his age and the fact that he was still recovering from his injuries, he thought that he could just about manage to walk 100 lengths of his garden if he did 10 lengths a day for 10 days running.

His courage and selflessness captured the heart of the nation, bringing hope at a time of great fear and worry. The news soon spread worldwide and touched the hearts of many.

Sir Tom decided to start his walk on April 6, 2020, two weeks before his 100th birthday. He quickly became so famous that cards and well wishes for his birthday began pouring in.

So many cards were received in the week before his birthday that the Royal Mail had to introduce special sorting facilities. By the time his birthday arrived, over 150,000 people had sent cards to this huge-hearted man whose kindness touched so many people to wish him all the best on his 100th birthday.

His dedication to service started at the age of 20 when he was conscripted into the 8th Battalion, Duke Of Wellington’s Regiment, in May 1940. He served in India, Burma, and the UK throughout the entirety of the Second World War until 1946.

Captain Tom received a number of military honors for his service. He also organized his regiment’s reunions for 64 years, wanting to make sure that all who served together had the opportunity to remember and honor their sacrifices and service to their country.

When the fundraising campaign closed on his birthday, over £32.79 million had been raised for the NHS. That is almost US$45.05 million! A petition was started asking to have Captain Tom knighted, the highest honor for anyone in the Commonwealth.

Knighhood for his service and kindness

Over 800,000 signatures were added by the day of his birthday. His knighthood was announced on May 19, following a special nomination from the Prime Minister. The ceremony took place outdoors at Windsor Castle on July 17. It was the Queen’s first official engagement in person since the beginning of the lockdown in the UK and Captain Tom was the sole honoree.

Captain Tom received many other awards and recognitions for his kindness and willingness to help others. The British Army and the Royal Air Force both marked his 100th birthday with flyovers. The Royal Mail Service celebrated his birthday by painting a mailbox near his home the shade of blue used by the NHS, along with a golden balloon and a special birthday message.

He has had buses, trains, horses, and boats named after him. When people in the British Commonwealth turn 100, they receive a card from the Queen. Captain Tom’s was special, being a personally written and signed card from Queen Elizabeth II. He even received a video call from the Secretary-General of the United Nations, António Guterres.

The Queen sent a private message of condolence to his family. A petition asking for a state funeral received over 200,000 signatures within 48 hours of being launched and there is a discussion regarding an appropriate memorial for Captain Tom, including placing his statue on a plinth in Trafalgar Square or having a memorial stone in Westminster Abbey alongside some of the most famous figures in Western history.

An act of kindness can make a difference at any time

All of this just goes to show it does not matter how old or what your abilities are, if you have a pure and willing heart, you can make a difference and shine a light in the darkest of times. Acts of kindness, big or small, shine forever.

These are the qualities that people saw in Captain Tom and it is this willingness and generosity of spirit that they want to honor. Kindness, a willingness to help, and generosity are all things that bring hope and help us to get through the darkest times.