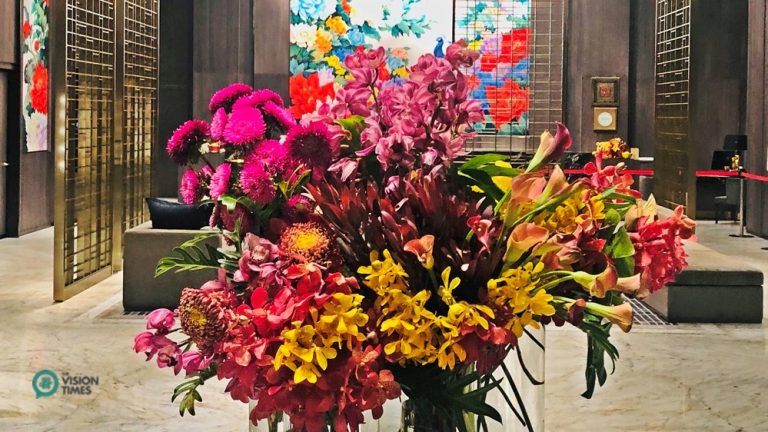 Despite the unabated COVID-19 resurgence and the repeated intrusion into Taiwan’s air defense identification zone (ADIZ) by the Chinese Communist regime’s warplanes, Taiwanese people still went ahead with their celebration of the lunar New Year having their New Year’s Eve reunion dinner as usual, except wearing face masks.

Because over 95 percent of Taiwan’s population of 23 million is Han Chinese, and Taiwan is home to the best-preserved genuine traditional Chinese culture, Lunar New Year (also known as the Spring Festival) is the most important festival for Taiwanese people.

One of the most essential parts of the festival is none other than a lunar New Year’s Eve reunion dinner. It is commonly referred to as a “reunion dinner (nián yè fàn年夜飯, or tuán yuán fàn 團圓飯),” which is an occasion for family members to get together and enjoy the reunion feast.

Traditionally, Taiwanese people would have their lunar New Year family reunion dinner at home; however, many families tend to opt for the reunion feast at a restaurant instead nowadays.

Furthermore, with the increasing affluence and prosperity of Taiwan’s society nowadays, it has become a norm for many families to have a reunion gathering at a fancy restaurant. As a result, people have to make a reservation long before the Lunar New Year’s Eve, or even half a year in advance.

Take a famous restaurant in a newly opened five-star hotel in northern Taiwan’s New Taipei City for instance. All of its over 200 tables for the Lunar New Year’s Eve banquet were fully booked several months before the end of last year.

Though Taiwan’s Central Epidemic Command Center (CECC) had imposed more stringent measures recently, most families still had their family reunion feast at the restaurant as planned.

What was different from the past was people had to wear face masks and have their temperature checked before entering the hotel due to the COVID-19 outbreak.

To enhance the festive atmosphere, the restaurant also arranged various performances on the stage, such as a lion-dance performance and saxophone performance. In between, some kids and their parents were invited to play games on the stage. The most exciting moment was the lucky draw session, in which some free accommodation and dining coupons were given away to those who had better luck at the annual reunion gathering.

While diners were enjoying their delicious dishes, a couple of restaurant staffers who acted as the “God of Wealth” were walking around to greet people at each table, and give away candies. Many patrons were inclined to have a group photo taken with the “God of Wealth,” hoping to bring in wealth and good fortune in the coming year.

In the meantime, a balloon artist was walking around to make balloon swords, balloon guns, and other balloon toys for kids on the spot.

Additionally, there were some other side activities taking place outside the dining halls throughout the dinner, such as writing lunar New Year decoration posters with lucky verses and drawings, making cotton candy, playing the ring-tossing game, etc.