The UK Applies for Membership in Trans-Pacific Partnership 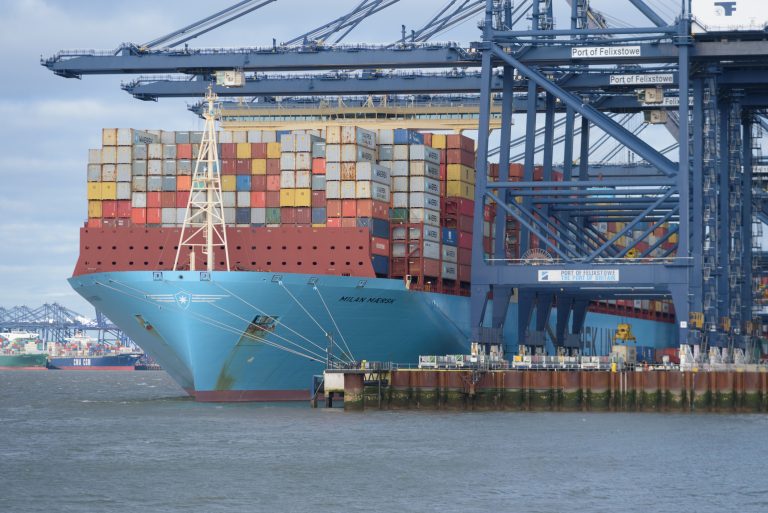 The UK has requested to join the Comprehensive and Progressive Trans-Pacific Partnership (CPTPP). (Image: Mark Roper via Dreamstime)

Since leaving the EU, the UK has requested to join the Comprehensive and Progressive Trans-Pacific Partnership (CPTPP). The CPTPP removes many tariffs between Australia, Brunei, Canada, Chile, Japan, Malaysia, Mexico, New Zealand, Peru, Singapore, and Vietnam. The UK is the first non-founding nation to apply as a member.

“One year after our departure from the EU we are forging new partnerships that will bring enormous economic benefits for the people of Britain,” Prime Minister Boris Johnson said in a statement. The Prime Minister went on to say: “Applying to be the first new country to join the CPTPP demonstrates our ambition to do business on the best terms with our friends and partners all over the world and be an enthusiastic champion of global free trade.”

Liz Truss, Britain’s International Trade Secretary, formally applied for UK membership in the CPTPP on February 1. Truss said that joining the free trade bloc would offer “enormous opportunities”. Truss believes that vehicle manufacturers and whiskey companies are examples of companies that will benefit from lower tariffs. This is after Single Malt Whiskey exports fell by about 30 percent in the months before the UK left the EU.

The UK would be the second-largest economy in the Comprehensive and Progressive Trans-Pacific Partnership after Japan if the formal negotiations later this year are successful.

The Barack Obama administration specifically developed the predecessor of the Comprehensive and Progressive Trans-Pacific Partnership (CPTPP), the Trans-Pacific Partnership (TPP), to leave China out of this Asian-oriented free-trade agreement. As outlined on the Obama White House website: “With the TPP, we can rewrite the rules of trade… Because if we don’t, competitors who don’t share our values, like China, will step in to fill that void.”

The original TPP was agreed upon in principle in October 2015, attracting significant attention as a model for future Free Trade Agreements (FTAs). In January 2017, the newly elected Trump administration announced its withdrawal from the TPP, leaving the remaining 11 countries to agree to the revised CPTPP in October 2018, without the involvement of the U.S. The Comprehensive and Progressive Trans-Pacific Partnership (CPTPP), which united the remaining countries and incorporated most of the provisions of the TPP, entered into force on December 30, 2018. The UK will become the first country outside of the original 11 signatory parties to join the agreement and it is expected that more countries will follow in the future.

Following reports of the UK’s application for the CPTPP membership, a spokesperson for the Ministry of Commerce of China, said: “China is conducting active research on matters related to joining the CPTPP.” The spokesperson made it clear that China’s strategic growth relies on membership in global organizations like the CPTPP to rationalize its external economic and internal policies.

The China News Service published a report examining the pros and cons of China’s membership, noting that: “China must forestall Joe Biden’s bid to reunite allies to close ranks against us and the CPTPP presents a good opportunity for China to pre-empt.”

However, CPTPP rules and regulations would require China to apply significant reform to its sprawling and heavily subsidized state sector. Also, the protection of workers’ rights and the environmental regulations enshrined in the agreement will likely present considerable obstacles for Bejing, which is notorious for its well-documented state-controlled forced labor and systematic human rights abuses.

Recently, Japan’s Sankei Shimbun newspaper quoted Prime Minister Yoshihide Suga, who said that taking into consideration how China’s political and economic systems are mostly incompatible with CPTPP principles, Japan would respond with caution to any proposed bid for membership.

Moreover, most economists and strategists agree that Sino-U.S. ties will remain tense as U.S. President Biden is unlikely to rush into new trade deals or reduce tariffs on China, even if he is willing to re-engage Bejing regarding multilateral trade.

Following the previous administration’s “America First” stance, the Biden administration has a “Buy American” policy for federal procurement that is unlikely to ease tensions with Bejing as the current administration sees no practicality in changing U.S. policies in the ongoing tech rivalry with China, which has a large global footprint in digital technology and services.