Drone Footage Reveals the Aftermath of Highway Washout in California 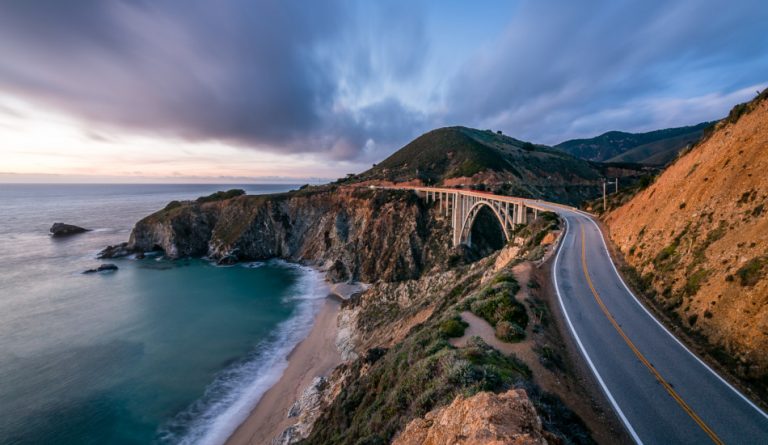 Highway 1, California's first scenic highway, is so damage-prone that it is said to have never been fully operational for more than a year at a time along its entire 656-mile length. (Image: Chris Labasco via Dreamstime)

California transportation officials released startling footage of a highway washout along the Golden State’s coast. The footage reveals details of heavy damage to Highway 1, also known as the Pacific Coast Highway. Officials are assessing the damage caused and have stated that the completion of the colossal repairs that are needed would take time.

The aerial footage captures the Pacific Coast Highway near Big Sur where a 150-foot gap in the highway can be seen. Under heavy torrential rain on Thursday, January 28, a part of the highway, which includes massive chunks of concrete along with trees and mud, crashed into the ocean. The area of the damage is just to the south of land that was devastated by the Dolan fire that burned for several months last year, tearing through nearly 125,000 acres.

The California Department of Transportation tweeted the following:

Check out this amazing drone video of #Hwy1 washout at Rat Creek about 15 miles south of #BigSur. Our crews are on site securing it, assessing damage & starting clean-up/ repairs.

Describing what caused the damage, California Department of Transportation (Caltrans) officials said in a statement that debris flow from the hillside above the roadway “overwhelmed drainage infrastructure, flowed across the highway, and eroded the road resulting in the complete loss of a segment of Highway 1.”

Officer John Yerace of the California Highway Patrol witnessed the incident as he was present in the area around 4 p.m. at the time it happened. He stated he observed that “this section of roadway, specifically the southbound lane, had fallen off into the ocean.” (CNN)

Events leading up to the calamity

The debris from the landslide flowing across Highway 1 near Big Sur was discovered by a Caltrans crew on Thursday. The crew was informed about the situation and issued an emergency contract to Papich Construction, located in San Luis Obispo County. However, when the members of the crew arrived with the emergency contractors at the scene on Friday morning, they saw that the lanes and the highway had already washed out.

In response to winter storms, California Gov. Gavin Newsom declared a state of emergency for San Luis Obispo and Monterey counties. According to the declaration, the storms “threatened to cause mud and debris flows,” thus requiring the evacuation of thousands of residents.

Northern California is prone to landslides, and so far this year, there have been at least 25 structures that have suffered damage due to such landslides. The fluctuations in weather are thought to be another contributing factor. California is marked by dry summers, long periods of drought, intense rainstorms, and massive fires that make such landslides a greater and more frequent possibility.

“It would not be surprising to see this happening more frequently,” said Gary Griggs, a coastal erosion expert at the University of California Santa Cruz. (The Guardian) He also thinks that climate change is an issue at play here.

Another aspect that factors in when it comes to Highway 1 is the damage done by the sea. In various places, like Gleason Beach in Sonoma Country, the California Department of Transportation has stopped its work of preserving the road due to the evident damage done by the force of the sea. Instead, they build new roads that serve as a safer, more sustainable alternative for motorists.

According to The Guardian, California Coastal Commission senior engineer Lesley Ewing stated: “The roadway is crumbling because the ocean is just eating away at the cliffs.” The state already spent around US$54 million to repair damage to Highway 1 caused by a landslide at Mud Creek in 2017. However, since the coastline continues to erode as much as 14 inches each year, focusing on building new sections of road farther inland may be preferable to continuing to fight with nature to preserve the existing damage-prone route.