12 Signs of a Heart Attack, Unexpected but Lethal 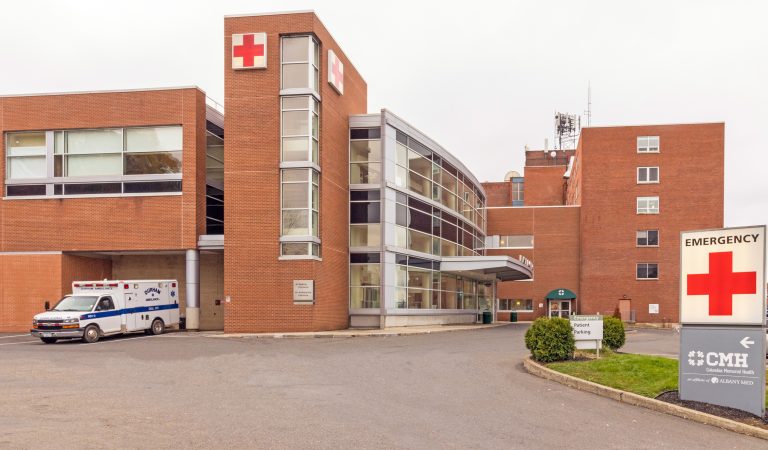 The hospitalization rate is, therefore, not a current figure and the value does not reveal the real load on hospitals in a week. (Image: Steve Callahan via Dreamstime)

A heart attack, or myocardial infarction, has a very fast onset and can be fatal. Some signs are not easily recognizable, so we have compiled the following list. Who knows, it may help you to save your life or someone else’s one day!

Dizziness is a symptom of many diseases and can also be a sign of a heart attack. A doctor shared an example of a patient from Inner Mongolia who had been suffering from dizziness for years. He underwent all kinds of tests, including intracranial angiography, CT, and PET scans, and they could not identify the cause. Eventually, they performed coronary intervention treatment and his dizziness disappeared.

People in the high-risk group for heart attacks should pay attention if they experience recurring headaches. An elderly woman suffered from a constant headache at the back of her head that got worse when she was walking. Her doctor prescribed treatments for headaches that did not work and he also tested for high blood pressure, which was not the cause. After running cardiovascular tests, her right coronary artery was found to be severely narrowed, with calcification being the cause. Her headaches were alleviated once she received the appropriate treatment.

Doctors have warned that toothache, especially for those in the high-risk category, can be another symptom. The possibility of myocardial ischemia must be eliminated as the cause. This is especially easy to misdiagnose if the patient has had toothaches before. A patient suffered frequent toothaches in the same area and the dentist was unable to find the cause. He was later diagnosed with myocardial ischemia and after surgery to open the blocked blood vessels, his toothaches stopped.

Many patients with angina have experienced hearing loss. Some patients have buzzing in both ears, and the symptoms disappear immediately after heart surgery. A middle-aged patient was in good health until he started to tire easily and couldn’t keep up with his normally busy social life. He suddenly lost part of his hearing in both ears. He first had surgery on his right ear but lost all hearing after the operation. He didn’t go ahead with the scheduled surgery on his left ear after that as he was afraid of becoming completely deaf. At his annual physical examination, the doctor found that he had a blockage in the main coronary artery. After receiving the correct treatment, his hearing was restored.

5. Unable to open your eyes

Another doctor shared a case where a middle-aged male patient was unable to open his eyes for eight years. The man had sought medical advice everywhere to no avail. After finally checking his cardiovascular system, it was discovered that an anterior blood vessel in his heart was 99 percent blocked. He was able to open his eyes immediately following the surgery. Although the relationship between cardiac ischemia and the eyes has not been completely verified, if someone suddenly can’t see clearly or can’t open their eyes, they should have their heart checked.

A female patient always said that she felt there was air blowing on her shoulder blade, and that it was painful. She had her cardiovascular system checked and they found a blockage. Once the blockage was cleared she had no more pain in her shoulder blades.

7. Weakness in the left upper arm

Another patient felt weakness in his upper left arm, along with pain and numbness. Sports massage had no effect on the symptoms. After undergoing tests, it was found that he was suffering from myocardial ischemia. A stent was put in to treat the condition and his symptoms disappeared.

8. Pressure in the chest area

If someone experiences pressure in their chest or feels as if their chest has been bound, checks for a heart attack need to be carried out. One patient always felt as if he had tape wrapped around his chest but they had a lot of trouble identifying the cause. Eventually, a cardiovascular blockage was discovered and with treatment, his symptoms were alleviated.

9. Pain around the navel

If people are at high risk of a heart attack, they need to be aware of having pain around the belly button. A 50-year-old man started experiencing severe pain around his navel that was so severe he sought emergency treatment. The doctor suspected angina and ordered an EEG test. Once the cause had been identified as a heart attack, the correct treatment was administered and the man’s pain was relieved.

Pain in just the left leg can be another symptom. A female patient from Shandong had a sore and numb left leg. She tried various treatments, including acupuncture and cupping, which failed to alleviate her symptoms. After further testing, they found blockages in her cardiovascular system. Once again, the correct treatment meant that her symptoms disappeared.

An elderly man felt pain in the soles of his feet whenever he walked even just a few steps. He said it felt like he was stepping on nails every time he took a step. He received a stent operation to open up the blocked blood vessel and he could then walk normally again. Doctors say this is a rare symptom, but patients who experience this should have their cardiovascular system checked straight away.

This symptom is more common in the elderly. There are no other symptoms and discomforts from a heart attack; the only feeling is fatigue, lethargy, and inactiveness. If you notice these signs, you should be on the alert for myocardial ischemia.

When it comes to heart attacks, you need to be aware of a whole host of symptoms, as it does not just present as pain or tightness in the chest. Remembering these symptoms can help you to recognize the early signs and intervene with the appropriate early treatment.