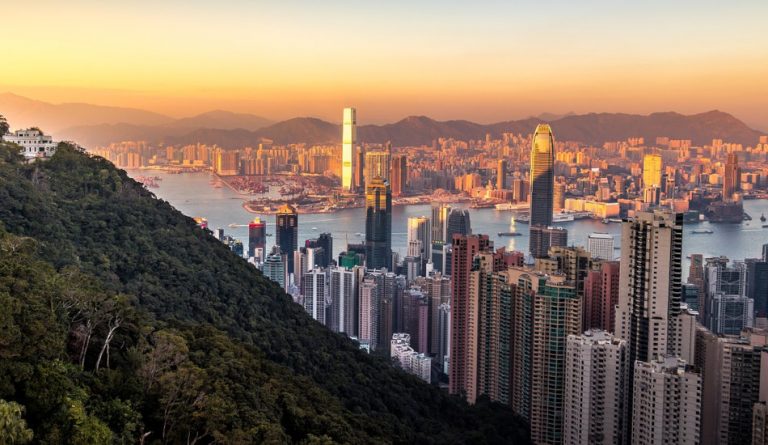 A young man whose family fled to Hong Kong to escape the Chinese Communist regime has now fled from Hong Kong for the same reason. (Image: nextvoyage via Pixabay)

Another young person has fled Hong Kong in order to avoid the brutality of the Chinese Communist regime.

The 19-year-old youth, who goes by the pseudonym “Hammer,” has endured being arrested, beaten, and harassed by police, as well as having his house illegally searched — all for participating in Hong Kong’s anti-extradition movement in 2019.

When Beijing ultimately decided to impose the Hong Kong National Security Law in July 2020, Hammer felt certain that the Hong Kong government would come for him again. It was then that Hammer decided to make a daring and complicated escape, first flying to the United Kingdom, then to Mexico, and finally, making his way to the United States.

In a recent interview with Apple Daily, Hammer shared the story of his parents, both of whom had fled mainland China to escape the Chinese Communist regime. Hammer now unexpectedly finds himself in a similar situation, something he never could have imagined, and laments that three generations of his family have had to endure the same fate.

Hammer’s father was born during the Chinese Civil War between the Kuomintang and the Communist Party of China. To escape the brutalities of communism, his father’s family finally had to flee the mainland for Hong Kong, leaving the life they’d known behind.

Hammer’s mother was born into a family of Kuomintang veterans in the 1960s, and she grew up in the province of Sichuan. During the Cultural Revolution, his mother suffered tremendous humiliation and hardship, right up until the time of the “reform and opening up,” as the West calls the opening of China. Hammer’s mom worked in a bullet manufacturing factory before escaping to Hong Kong, where she witnessed explosions that caused the accidental death of a number of gunpowder dispensers. She says the factory concealed the truth of these incidents.

Hammer said that, while his parents know the importance of freedom, it is only after living through his own recent hardship that he has come to understand the value of democracy, freedom, and the rule of law.

Hammer was nurtured and educated by his mother since childhood. When he was in third grade, he began participating in Hong Kong’s annual June 4th Tiananmen vigil and July 1st protest (originally held by the Civil Human Rights Front) with his mother. In 2014, when the Umbrella Revolution broke out in Hong Kong, his mother encouraged him to join in by sharing a famous quote by Hu Shi:

Hammer took inspiration from these words, and has remembered them ever since.

When the anti-extradition protests began in 2019, it was only natural that Hammer joined in to stand up for Hong Kong’s freedom. It was during a demonstration in Mong Kok that Hammer was hit in the ribs with a tear gas canister and beaten so severely by police that he had to be hospitalized for a week. Hammer was also among the protesters who stayed on the campus of Hong Kong Polytechnic University (PolyU) during the police siege of the campus, and was arrested three days later for his participation.

During his arrest, Hammer faced various difficulties with the police. Due to severe rib pain and his other wounds from the beating by police, Hammer requested medical treatment at 2 a.m. one morning, but he was not sent to the hospital until 5 p.m. the following day, and the police even scolded him as he got into the ambulance. After Hammer was unconditionally released, the police continued to harass him, finding excuses to search his home again.

Today, Hammer openly admits that he cannot bear to look back on these painful experiences, and can only say: “I’m not a hero, but I served with heroes.”

With the implementation of the Hong Kong National Security Law, Hammer realized it was only a matter of time before he would be arrested again. He made the difficult decision to leave Hong Kong in July 2020, and as he’d anticipated, just two months later, 25 of the protesters from the PolyU campus were arrested again and charged in court. Hammer was thankful he’d made the decision to leave Hong Kong, but he was distressed over the arrest of his fellow protesters.

Now safely in the United States, Hammer is awaiting the approval of his application for political asylum in Los Angeles. He says he has his family and several friends to thank for helping him along the way to enter the U.S. smoothly. He believes he made it only because of “the Grace of God.”

When asked about his future plans, Hammer says he has no concrete plans right now. He’s focusing on setting up a new life in America and is hoping his parents will eventually be able to come and join him.

Reflecting back, Hammer says he feels sorry for the people in mainland China. After many of them awakened to the brutality of communism, they fled to Hong Kong, believing there was hope there, but now Hong Kong has become what it is today. Hammer said his own choice to leave Hong Kong was not an easy one and revealed that when he left, he only told his parents that he was going to study abroad, lest they worry too much.

Hammer says he will continue to do what he can to fight for Hong Kong’s freedom. During his short time in the UK, he participated in peaceful demonstrations in support of the Hong Kong protesters, where he says he was scolded by the Chinese living abroad in Chinatown.

He urges those who have immigrated overseas from Hong Kong to reflect upon their original intention when they left. “Do not just focus on making money. Be mindful that the Chinese Communist Party has assimilated into the economic system and extended their clutches overseas.”

The young people of Hong Kong have borne much hardship and difficulty standing up for their freedom — something much of the rest of the world takes for granted.