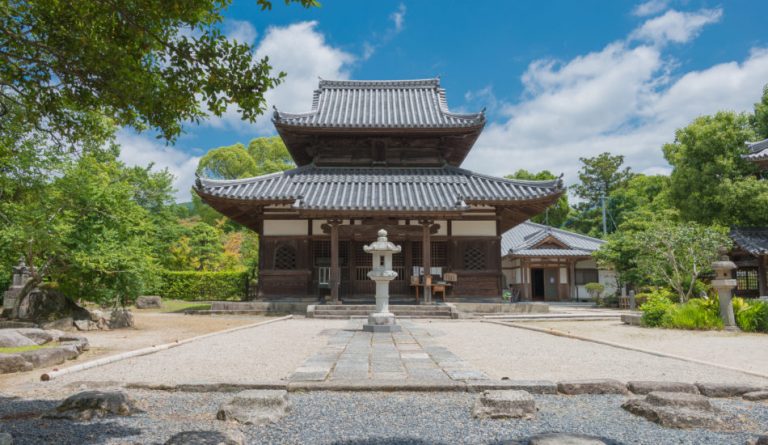 Many of Japan's ancient Buddhist temples and Shinto shrines were built without nails or screws by highly skilled carpenters known as miyadaiku. (Image: Beibaoke1 via Dreamstime)

Is it possible to set up residential buildings and other structures without using metal fasteners like nails and screws? For the majority of people, the idea would seem improbable and unrealistic. Yet, the reality is that traditional Japanese carpenters have been using a technique of building structures without using metal parts for several centuries. Japan is prone to quakes and that is a big reason why they build in appropriate ways to ensure ease of repairing and rebuilding.

Japanese carpenters, well versed in the technique of building houses and structures without screws and nails, are called miyadaiku. These carpenters have built thousands of aesthetic shrines and temples since ancient times. The noteworthy thing is that those ancient structures have withstood the ravages of time better than many brick-and-mortar establishments. They develop the buildings using wood and that is how they have built structures that have stood the test of time.

Takahiro Matsumoto, an ace miyadaiku carpenter who is from Kamakura, elaborates on this style of carpentry. It was devised in Japan in ancient times when people did not have much access to iron. It prompted them to make structures with wood that would last for a long time. They made up for the lack of metal with sheer skill and craftsmanship. A miyadaiku carpenter possesses skills in handling differently shaped wooden joints.

Kamakura is a city that served as the capital of Japan up until the 14th century. The city is replete with Shinto shrines and Buddhist temples. Amazing as it may sound to many, some of these religious establishments were made over 1,200 years ago. These ancient wooden buildings, however, need to undergo repairs every 150-200 years. This is natural given the fact that wood is subject to deterioration by exposure to diverse weather elements and there can be insect-induced damage as well.

Miyadaiku Japanese carpenters take time to cut and shape the wooden joints. The craftsmanship and effort put in by the carpenters can leave anyone amazed. “Japanese Architecture: Wisdom of Our Ancestors” is the YouTube channel where videos on various aspects of this art can be found. Matsumoto admits that, over time, the carpenters have adapted to using newer technologies, and advanced machinery is also deployed. However, the old buildings made by their ancestors serve as vivid documentation of their exemplary skills.