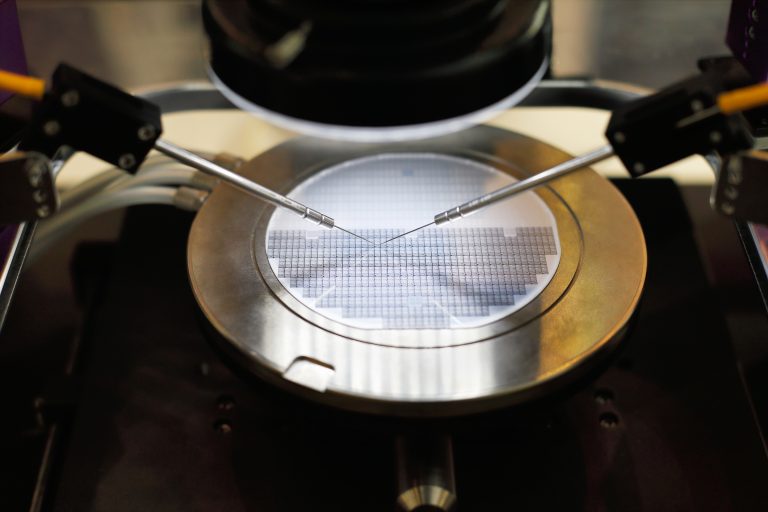 Taiwan is a powerhouse in the production of semiconductors. (Image: via Gennady Kurinov Dreamstime)

For the first time in 30 years, Taiwan’s economy raced past that of mainland China’s, growing 3.11 percent in 2020, exceeding China’s 2.3 percent expansion according to its National Statistics bureau. The last time Taiwan’s economy grew faster than that of China was in 1990 when the island’s 5.5 percent growth rate beat its larger neighbor’s 3.9 percent pace.

Strong exports — particularly of semiconductors — helped to offset drags from the Covid-19 pandemic. The island’s semiconductor sector grew an astounding 22.1 percent in 2020 versus 5.6 percent for South Korea, its closest rival.

Semiconductors: the crude oil of the digital age

Taiwan is a powerhouse in the production of semiconductors, which may be considered the crude oil of the digital age. Its strong manufacturing capabilities and complete supply chain have helped it dominate the global microchip marketplace in recent years despite strong competition from South Korea, Japan, China, the United States, and India. Last year, semiconductor output from Taiwan reached US$115 billion with one company, Taiwan Semiconductor Manufacturing Company (TSMC), accounting for more than half of the global semiconductor production.

Global trade initially slowed last year as the pandemic sparked major supply chain and logistical disruptions; however, demand for semiconductors soon received a boost from the shift to remote working and learning and a related surge in demand for electronics. Despite the pandemic, Taiwan’s exports rose by 4.9 percent year-on-year with strong deliveries to China representing a key factor supporting demand, which rose nearly 15 percent.

Taiwan’s handling of the pandemic

Another reason for Taiwan’s economic prowess last year was its handling of the COVID-19 pandemic. With a population of more than 23 million people, the country reported just 951 confirmed cases of COVID-19 and nine deaths as of this writing.

When the coronavirus first emerged, Taiwan implemented tough countermeasures. The rapid response helped the economy bounce back quickly when regional competitors were still facing production delays and had to account for absenteeism and tighter social distancing rules. The country emerged from the crisis as a reliable semiconductor supply source amid a sudden rebound in global demand and was able to readily fulfill orders.

Taiwan has recently upgraded its growth projection for 2021 and is calling for the economy to expand at its fastest rate in seven years — thanks in large part to continued strong global semiconductor demand. Its economy is forecast to grow by 4.64 percent in 2021 as compared to 3.11 percent in 2020, which is an upward revision of the previous forecast for a 3.83 percent expansion according to Taiwan’s National Statistics bureau.

Taiwan will benefit from robust demand for technological products and its continued successful containment of COVID-19. Export growth is forecast to nearly double to 9.58 percent in 2021, said its National Statistics bureau. Accelerating export demand growth will be supported by strong shipments for devices that support 5G wireless, the Internet of Things (IoT), and high-performance computing. Automotive chips, though currently backlogged, would offer Taiwan’s semiconductor producers additional revenue.

With semiconductor demand expected to remain strong, TSMC recently announced that its outlay for capital expenditure in 2021 could total as much as US$28 billion, up 65 percent from last year. The staggering sum would help to extend its lead in global semiconductor production and fund the planned construction of a US$12 billion plant in the U.S. state of Arizona.

Taiwan’s high-tech hardware supply chain, a hallmark of its economy over the past 40 years, will see continued strong demand from consumers worldwide who are adapting to new work and study habits. That demand will spur orders all along the supply chain which will have a direct or indirect impact on Taiwan’s economic growth in 2021 and beyond.