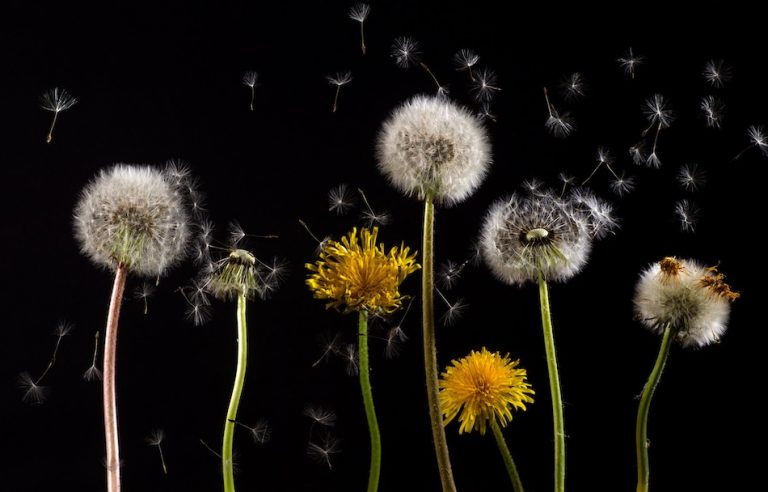 The poem 'Stars and Dandelions' was miraculously saved from extension. Kaneko's poems invite readers to cling to their childlike wonder. (Image: domeckopol via Pixabay)

Japan is a nation steeped in ancient culture and traditions. In spite of their meteoric modernization and being an economic superpower, the Japanese people still retain that connection with their ancient roots. The following poem, Stars and Dandelions, miraculously saved from oblivion is an iconic example of how this high culture still lives on.

Deep in the blue sky

lie the stars unseen in daylight

You can’t see them, but they are there.

Unseen things are still there.

hidden in the cracks of the roof tile

You can’t see them, but they are there.

Unseen things are still there.

Misuzu Kaneko was a children’s poet from Japan born at the dawn of the 20th century. She lived a short but remarkable life that ended at 27 years of age. Her poems are filled with compassion and curiosity for the divine and our natural world.

Whether she is imagining what it feels like to be snow in her poem Snow Pile to the mood of the sea when a big catch of sardines is taken in Big Catch or reflecting in the smallest of moments like the beauty of the unseen in the featured poem Stars and Dandelions.

Her work has a stillness about it and is almost Walt Whitman-like, with great tenderness.

In 2016, an English version of her poetry was published by Chin Music Press in the book Are You an Echo?: The Lost Poetry of Misuzu Kaneko. It has some of her most loved poems and the story of her life, including her sad personal life and suicide. It is also filled with these delicate watercolor illustrations by Japanese artist Toshikado Hajiri.

Misuzu Kaneko was born in 1903 in a small Japanese fishing village in Senzaki-mura, now part of Nagato. Many details of the sea and fishing are featured in her work. Her father died when she was at the young age of 3. Her mother (who ran a bookstore) raised her as a single parent.

Japanese girls of this era were mostly only educated until 6th grade. Misuzu Kaneko was unique in that her mother had strong views about education so she was able to continue her education up until the age of 17. She was an avid reader known for her gentle nature and cheerful disposition.

Her work gets published

At the age of 20, she submitted her work to four magazines under the pen name of Misuzu and all were published. She was recognized by the respected poet of the time Yaso Saijou, who was one of the judges. His encouragement inspired her to continue to write and be published.

When she was 23, after much pressure from her family, she married the head clerk of her family’s bookstore against her will. They had a baby girl that became the center of her world. But her marriage was filled with heartache. Her husband was unfaithful and she contracted an illness from him; he also forced her to stop writing.

Trying to pull herself out of the situation, she filed for divorce; however, Japanese law at that time granted the father indisputable custody of their daughter. He was going to take their daughter away. Misuzu Kaneko sunk further into despair and very sadly ended her life through suicide.

In 1966, an aspiring poet in Japan came across her poem Big Catch in an old book. Touched by the piece, he wanted to find more of her works. In WWII, the only known copies of her work were destroyed when Tokyo was bombed. He was not able to track down any of her family or even if any were still surviving. And the bookstore she worked in was long gone.

This poet Setsuo Yazaki did not give up searching, and 16 years later his search was rewarded. He met Misuzu Kaneko’s younger brother (77 years old at the time) and he presented her three well-worn pocket diaries — the only record of 512 children’s poems she wrote in her lifetime, most never published. The entire collection has since been published by JULA Publishing Bureau in a six-volume anthology.

Thankfully, this almost forgotten human treasure of Japan — poet Misuzu Kaneko can now dwell on our bookshelves. Her beautiful heart and childlike imagination of how she observed the world lives on.