Aquaponics: Growing Fish and Vegetables Together 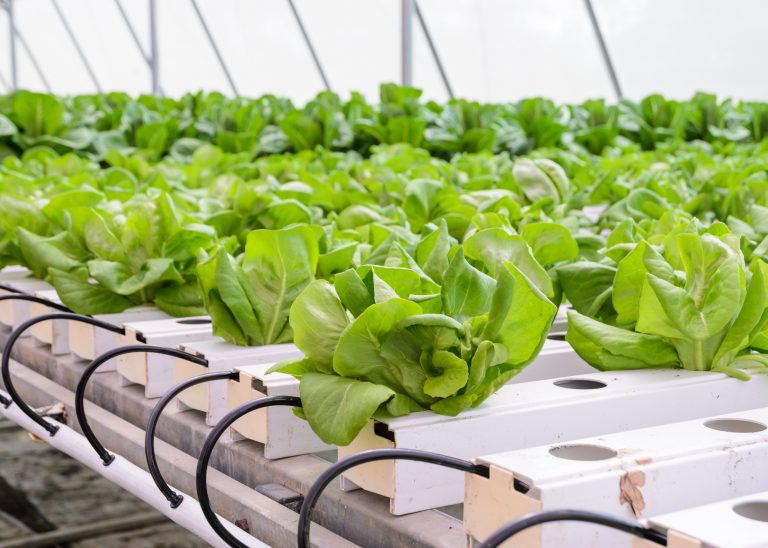 Aquaponics is a method of food production that combines aquaculture, the cultivation of aquatic animals, and hydroponics — the growing of plants in water. (Image: Boonsom via Dreamstime)

Food technology is growing by leaps and bounds, globally. Newer methods and technologies are being invented and developed so that food production can be accelerated to cater to the increasing food demand in the world. And this is where Portable Farms has made an excellent impact. Here, we will discuss portable farms and the technology on which it is based — aquaponics.

Aquaponics is a method of food production that combines aquaculture, the cultivation of aquatic animals, such as fish, shrimp, crayfish, or prawns, in tanks, and hydroponics — the growing of plants in water. The fish and plants are cultivated together in a recirculating ecosystem that utilizes natural nitrogen-fixing bacteria to convert fish/aquatic animal wastes into plant nutrients. The waste products of the aquaculture system serve as nutrients for the hydroponic system. With such a combined recirculating system, there is no need to discard any water or filtrate or add any chemical fertilizers, making it both sustainable and environmentally friendly.

In a traditional aquaculture system, animal waste byproducts (in the form of ammonia) build up over time and become toxic to the animals being cultivated; as a result, 10 to 20 percent of the total volume of water must be discharged and replaced every day. However, in an aquaponic system, the water produced from the aquaculture portion of the system is fed into the hydroponic portion of the system, where plants are grown with their roots immersed in the effluent (waste) water. The ammonia in the effluent water is converted by bacteria into nitrates and nitrites, which are used by the plants as nutrients. Basically, aquaponics is an integrated system that utilizes the best attributes of both aquaculture and hydroponics while at the same time eliminating some of the challenges associated with each of these systems.

Some aquaponics enthusiasts are primarily interested in the plants they cultivate and grow fish or other aquatic animals simply to provide low-cost nutrients to their systems. Others grow both plants and fish to sell or consume. Some growers culture edible fish, while others grow ornamental fish, such as goldfish. The plants and animals produced are locally grown and pesticide-free (aquaponic systems normally operate without the use of pesticides because of the risk of killing the fish), and plants require few if any additional fertilizers.

Aquaponic systems come in all shapes and sizes, from simple, low-tech backyard operations to large-scale, more sophisticated commercial operations. Regardless of the size, materials used, or level of complexity, all systems share the same basic design that consists of the same components:

The tank or container where the fish/aquatic animals are raised and fed.

Some sort of unit to capture all uneaten food and detached biofilm (the film or coating that nitrifying bacteria form on inert material or organic particles), and where fine particulates can settle out.

A place where the bacteria can grow and convert ammonia to nitrates and organic wastes to carbon dioxide, both of which are used as nutrients for plants.

Hydroponics portion of the system

This is where the plants are grown by taking up the excess nutrients from the effluent water.

This is the lowest point in the system and is where the water flows, after which it gets pumped back into the rearing tanks.

The two primary growing systems used to culture plants in aquaponic systems are raft-based and media-based. Raft-based systems consist of Styrofoam rafts floating in troughs filled with fish effluent that has been filtered to remove solid wastes. Plants are placed in holes in the raft with their roots hanging down in the water. In media-based systems, plants are grown in inert planting media, such as gravel, rock wool, sand, or clay pellets, and are held in containers that are flooded with water from the aquaculture portion of the system.

While there are many benefits to growing vegetables and fish using aquaponics, it is not without its challenges. Depending on the size and sophistication of your system, it can require a substantial capital investment. They also require some energy inputs, and because of the highly technical nature of aquaponics, a certain level of skill is necessary to manage the systems adequately. Prospective growers need to thoroughly research the different production methods to determine which are best suited to their needs.

If your goal is to produce aquaponic products to generate an income, you also need to identify and develop niche markets to ensure profitability. As with any new venture, embarking on a commercial aquaponic operation is not without financial risks and should be thoroughly researched before undertaking. There are several sources of information available to learn more on the subject.