How Were Trojan Asteroids Discovered and Named? 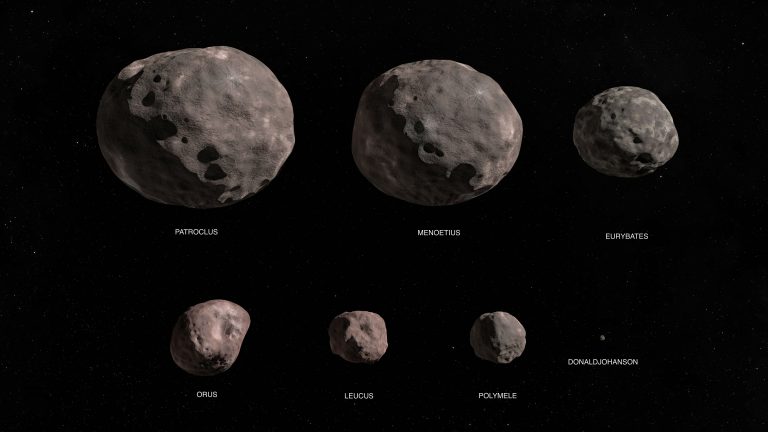 On Feb. 22, 1906, German astrophotographer Max Wolf helped reshape our understanding of the solar system by discovering Trojan asteroids. Again. Born in 1863, Wolf had a habit of dramatically altering the astronomy landscape. Something of a prodigy, he discovered his first comet at only 21 years old. Then, in 1890, he boldly declared that he planned to use wide-field photography in his quest to discover new asteroids, which would make him the first to do so. This set the groundwork for the eventual discovery of Trojan asteroids.

Two years later, Wolf had found 18 new asteroids. He later became the first person to use the “stereo comparator,” a View-Master-like device that showed two photographs of the sky at once so that moving asteroids appeared to pop out from the starry background. It is perhaps unsurprising, then, that on Feb. 22, 1906, Wolf made another important discovery: an asteroid with a particularly unusual orbit. As Jupiter moved, this asteroid remained ahead of Jupiter, as though it was somehow trapped in Jupiter’s orbit around the Sun. German astronomer Adolf Berberich observed that the asteroid was nearly 60 degrees in front of Jupiter.

This specific position reminded Swedish astronomer Carl Charlier of a peculiar behavior predicted by the Italian-French mathematician Joseph-Louis Lagrange over 100 years earlier. Lagrange argued that if a small body (such as an asteroid) is placed at one of two stable points in a planet’s orbit around the Sun (called the L4 and L5 Lagrange Points), the asteroid would remain stationary from the planet’s perspective due to the combined gravitational forces of the planet and the Sun. Charlier realized that Wolf’s asteroid was actually caught in Jupiter’s L4 Lagrange point. Until Wolf’s discovery, Lagrange’s prediction had only been a mathematical exercise. Now, these astronomers had photographic proof that Lagrange was right.

Eight months later, one of Wolf’s graduate students, August Kopff, discovered an asteroid in Jupiter’s other stable Lagrange point L5, as well as another asteroid caught in L4 a few months afterward. Once three of these Lagrange point-inhabiting asteroids had been discovered, astronomers began wondering what to call them. At this point, most asteroids were given the names of women from Roman or Greek mythology, unless their orbits were particularly strange. The asteroids in question certainly had bizarre orbits, so Austrian astronomer Johann Palisa suggested the names Achilles, Patroclus, and Hektor after characters from The Iliad.

Trojan asteroids are found and named

Achilles was a nigh-invulnerable Greek hero (except for his heel), and Patroclus was a friend of his. Hektor, prince of the Trojans, eventually killed Patroclus, and Achilles exacted revenge by killing Hektor. The recently discovered asteroids were then given Iliad-inspired names. As astronomers continued discovering asteroids hiding in Jupiter’s Lagrange points, they continued naming them after heroes of the Trojan War and began referring to them as ‘Trojan asteroids.’ (‘Trojan asteroids’ would eventually refer to asteroids inhabiting any planet’s stable Lagrange points, though names from The Iliad are reserved for Jupiter’s Trojans.)

It later became the convention to name Jupiter’s L4 asteroids after Greek characters and Jupiter’s L5 asteroids after Trojan characters, so L4 and L5 became the “Greek camp” and the “Trojan camp” respectively. Palisa apparently did not foresee this tradition, for his naming of the first three asteroids led to a Greek “spy” residing in the Trojan camp (Patroclus) and a confused Trojan (Hektor), who probably wandered into the Greek camp hoping to order some of their famous custom-built wooden horses.

Provided by: David Dezell Turner, NASA [Note: Materials may be edited for content and length.]