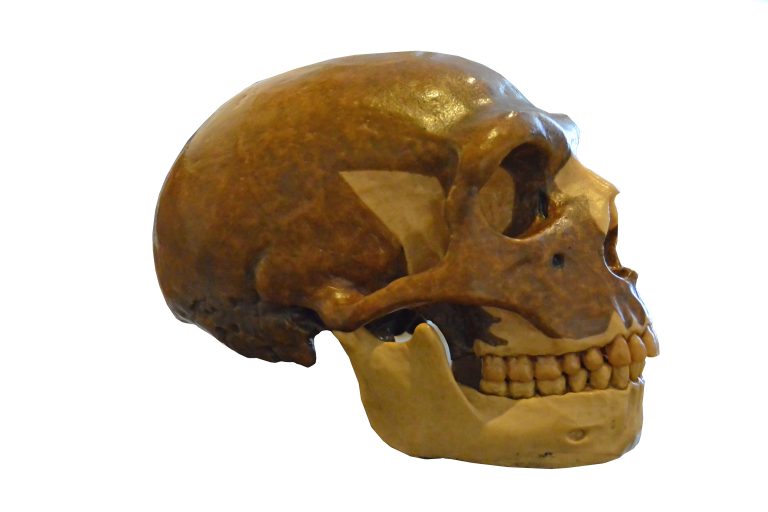 The evidence found shows that the ancient ancestors of modern humans must have split from the ancestors of Neanderthals hundreds of thousands of years earlier than we thought. (Image: Neil Harrison via Dreamstime)

An international team of researchers has now discovered that Neanderthals had a presence in Europe around 430,000 years ago, making it at least 30,000 years earlier than previously assumed.

The team of researchers analyzed nuclear DNA that was extracted from the 430,000-year-old bones that were discovered in the Sima de los Huesos, or “Pit of Bones” in northern Spain.

The evidence found shows that the ancient ancestors of modern humans must have split from the ancestors of Neanderthals hundreds of thousands of years earlier than we thought, which means it might be time for us to redraw the human family tree.

Earlier analyses of mitochondrial DNA from the bones showed the Middle Pleistocene hominins were distantly related to the Denisovans (extinct relatives of Neanderthals in Asia); even though their skeletal remains have Neanderthal-derived features.

According to a statement from Max Planck:

“Researchers of the Max Planck Institute for Evolutionary Anthropology in Leipzig, Germany, have since worked on sequencing nuclear DNA from fossils from the cave, a challenging task as the extremely old DNA is degraded to very short fragments.”

“The results now show that the Sima de los Huesos hominins were indeed early Neanderthals. Neanderthals may have acquired different mitochondrial genomes later, perhaps as the result of gene flow from Africa.”

Sima de los Huesos is located in the Cueva Mayor-Cueva del Silo cave system in Spain. The archaeological site comprises the largest and oldest collection of human remains ever to be discovered. There are more than 6,500 fossilized bone fragments, which includes over 500 teeth alone, with at least 28 individual hominins having been uncovered so far.

Matthias Meyer from the Max Planck Institute for Evolutionary Anthropology, and lead author of the article published in Nature, said:

“Sima de los Huesos is currently the only non-permafrost site that allows us to study DNA sequences from the Middle Pleistocene, the period preceding 125,000 years ago.”

“The recovery of a small part of the nuclear genome from the Sima de los Huesos hominins is not just the result of our continuous efforts in pushing for more sensitive sample isolation and genome sequencing technologies,” Meyer adds. “This work would have been much more difficult without the special care that was taken during excavation.”

The nuclear DNA sequences recovered were from a tooth and partial leg bone, and had shown that they belong to the Neanderthal evolutionary lineage, and are more closely related to Neanderthals than to Denisovans.

Neanderthals and Denisovans diverged 430,000 years ago

The finding now indicates that the population divergence between Denisovans and Neanderthals had already occurred 430,000 years ago at the time when the Sima de los Huesos hominins had lived.

According to Svante Pääbo of the Max Planck Institute for Evolutionary Anthropology:

“These results provide important anchor points in the timeline of human evolution. They are consistent with a rather early divergence of 550,000 to 750,000 years ago of the modern human lineage from archaic humans.”

Consistent with the previous study, the mitochondrial DNA of the Sima de los Huesos hominins is closer related to Denisovans than Neanderthals. Mitochondrial DNA seen in Late Pleistocene Neanderthals may thus have been acquired by them later in their history, perhaps as a result of gene flow from Africa. The researchers propose that retrieval of further mitochondrial and nuclear DNA from Middle Pleistocene fossils could help to clarify the evolutionary relationship between Middle and Late Pleistocene hominins in Eurasia.

According to Science News, Chris Stringer, a paleoanthropologist from the Natural History Museum in London, said that the new genetic data now suggests that Denisovans split from Neanderthals perhaps 450,000 years ago. He also proposes that genetic and fossil evidence point to Neanderthals and Homo sapiens diverging from a common ancestor around 650,000 years ago.

However, it’s hard to say whether that common ancestor was Homo heidelbergensis, Stringer adds, saying:

“Research must refocus on fossils from 400,000 to 800,000 years ago to determine which ones might lie on ancestral lineages of Neanderthals, Denisovans, and modern humans.”

Meyer suggests that: “We need more genetic data from Sima de los Huesos, and other sites of that age, to narrow down these scenarios.”