The Myth of Sisyphus Decoded 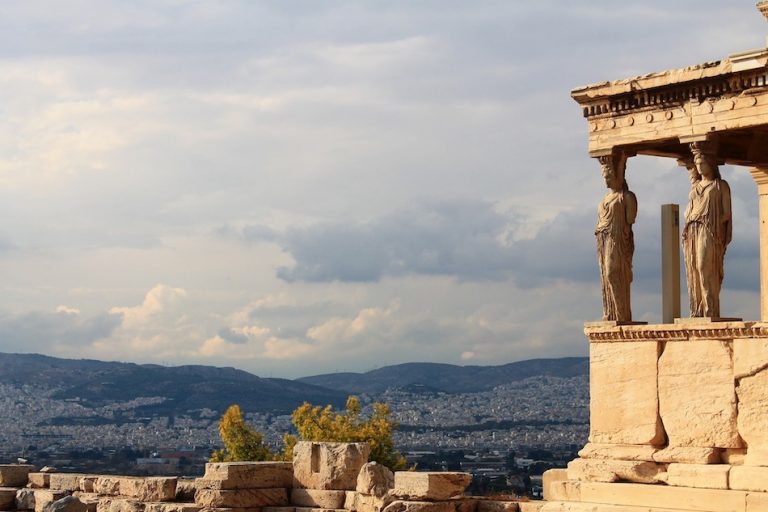 Sisyphus may have deserved punishment, but you can look at it that when challenges are seen, not as a punishment, just as a fact of life, you should face the difficulty, work hard, and never give up. (Image via pixabay / CC0 1.0)

In Greek mythology, Sisyphus was the son of King Aeolus of Thessaly and Enarete. He was the founder and the first king of Ephyra (the glorious city of Corinth). The various and multiple accounts of this story, called the Myth of Sisyphus, portray him as being a cunning and selfish ruler who mocked and killed travelers and guests, mistreated women, and violated the sacred Greek tradition of xenia — courtesy and hospitality to strangers.

Others portray him as being a capable and wise man who founded the Isthmian Games in honor of the death of his nephew Melicerte. Regardless of the storyline, all versions of the myth have a common theme: the terrible punishment of Sisyphus of forever rolling a giant boulder up a hill in Hades. This punishment symbolizes work that can never be completed.

According to one story, Sisyphus witnessed the kidnapping of Asopus’ daughter, Aegina, by Zeus in his home town of Corinth. Asopus asked Sisyphus to assist him, and he agreed to inform Asopus as to who had kidnapped Aegina.

In exchange, Asopus gave Sisyphus the citadel at Corinth, a crystal-water spring. To complete the deal, he had to bear witness against Zeus, so Sisyphus earned the wrath of the gods while earning earthly wealth and happiness for himself and his people.

When Sisyphus died, Zeus and the rest of the Olympians wanted to condemn him eternally for the evildoing and trickery he committed during his lifetime. As punishment, they sent him to the Underworld and forced him to eternally carry a huge rock up the hill.

The moment just before he reaches the top, and when it becomes too heavy to pull anymore, the rock rolls back down to the foothills, and Sisyphus has to start his efforts all over again.

Many aspects of life are like this. Some people refer to this reality as endless monotony, life on the treadmill, or going round in circles. In modern times, the Myth of Sisyphus is oftentimes used to describe humanity’s fruitless efforts to escape its own realities and boundaries. We do not always know how long a journey will take, or how long a challenge may last, so learning to enjoy the journey will break that bleak monotony.

Things are not always as they first appear. When you learn to enjoy and appreciate the journey, life takes on a new meaning, creating an opportunity to break out of the rut. It is said that whatever does not kill us makes us stronger.

The Myth of Sisyphus in modern times

Albert Camus, a French author, in 1942 introduced his philosophy of the absurd in his book Le Mythe de Sisyphe. The philosophy of absurdity was developed as a branch of existentialist philosophy, which considers life as a meaningless, useless, and fruitless nihilistic existence, and providing suicide as the only solution.

However, Camus coined the concept of absurdism and rejected suicide as a solution, which definitely is not the solution for a troubled life, and therefore suggests that an absurd life should be taken as a challenge and it should be appreciated. Focusing on Sisyphus, he described him as being a happy man who should remain happy as long as he accepts the punishment forced upon him by Zeus.

This Myth of Sisyphus of the ancient Greeks, when viewed from a different perspective, a fruitless, unfulfilled, meaningless, or pointless life could not possibly be the standard end for judging all of humanity’s efforts throughout life. This would contradict the “evaluation” or Judgement criteria for mortals set by the gods in the afterlife.

According to Greek mythology, after death, the Elysium paradise awaited those mortals who fulfilled their designated missions in life, and wisely used the gifts their immortal benefactors imparted to them for generating virtue in their lives while on Earth. Hades, commonly referred to as Hell or Tartarus (the Underworld), awaited those mortals who had not achieved greatness, or neglected to fulfilled their missions during their lifetimes and even committed evil crimes.

The myth does not symbolize for humanity that individual effort is futile. Rather, it symbolizes that no matter how dire or impossible your circumstances may be, it is the attitude you have toward those circumstances that counts. How you handle yourself, and how you endure any situation, is what produces greatness.

The Myth of Sisyphus: gratitude and honest efforts are everything

Consequently, the Myth of Sisyphus decoded refers to mankind’s ability to take on any task, regardless of how impossible or hopeless it may seem, with an unconquerable will and a heart filled with gratitude. The alternative is futility. While here on Earth, there are choices — a positive attitude and honest effort really do make a difference in this world.