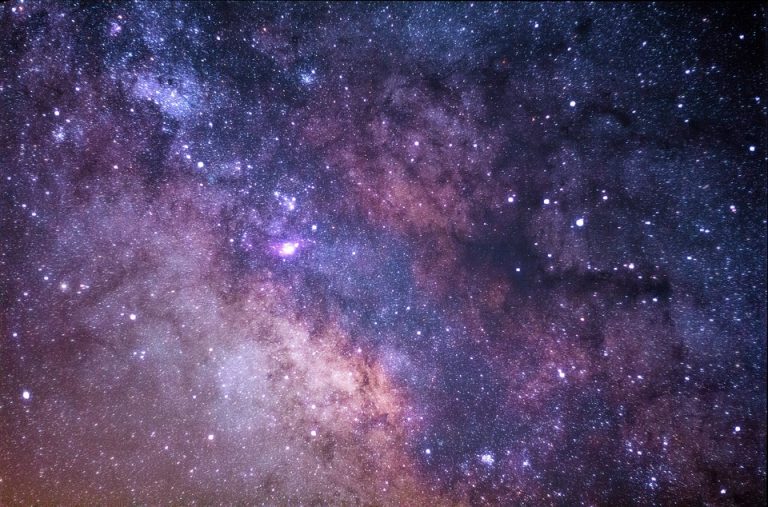 A study has found the most densely populated galaxy cluster formation in the primitive universe. (Image: via pixabay / CC0 1.0)

A study, led by researchers at the Instituto de Astrofísica de Canarias (IAC) and carried out with OSIRIS, an instrument on the Gran Telescopio Canarias (GTC, or Grantecan), has found the most densely populated cluster of galaxies in the primitive universe. The researchers predict that this structure, which is at a distance of 12.5 billion light-years from us, will have evolved to become a cluster similar to that of Virgo, a neighbor of the Local Group of galaxies to which the Milky Way belongs. The study is published in the specialized journal Monthly Notices of the Royal Astronomical Society (MNRAS).

Clusters of galaxies are groups of galaxies that remain together because of the action of gravity. To understand the evolution of these “cities of galaxies,” scientists look for structures in formation, the so-called galaxy protoclusters, in the early universe. In 2012, an international team of astronomers made an accurate determination of the distance of the galaxy HDF850.1, known as one of the galaxies with the highest rate of star formation in the observable universe. To their surprise, the scientists also discovered that this galaxy, which is one of the most studied regions on the sky, known as the Hubble Deep Field/GOODS-North, is part of a group of around a dozen protogalaxies that had formed during the first billion years of cosmic history.

Before its discovery, only one other similar primordial group was known. Now, thanks to a new piece of research with the OSIRIS instrument on the GRANTECAN, the team has shown that it is one of the most densely populated regions of galaxies in the primitive Universe, and have for the first time carried out a detailed study of the physical properties of this system. Rosa Calvi, formerly a postdoctoral researcher at the IAC and the first author of the article, explained:

”Surprisingly we have discovered that all the members of the cluster studied up to now, around two dozen, are galaxies with normal star formation, and that the central galaxy appears to dominate the production of stars in this structure.”

Cluster of galaxies made up of different ‘zones’

This recent study shows that this cluster of galaxies in formation is made up of various components, or “zones,” with differences in their evolution. The astronomers predict that this structure will change gradually until it becomes a galaxy cluster similar to Virgo, the central region of the supercluster of the same name in which is situated the Local Group of galaxies to which the Milky Way belongs. Helmut Dannerbauer, an IAC researcher who is co-author of this article, noted:

“We see this city in construction just as it was 12,500 million years ago, when the Universe had less than 10% of its present age, so we are seeing the childhood of a cluster of galaxies like those which are typical in the local Universe.”

The distance measured to these studied sources agrees perfectly with the predictions based on photometric observations taken previously on GRANTECAN by Pablo Arrabal Haro, formerly a doctoral student at the IAC, supervised by José Miguel Rodríguez Espinosa, an IAC researcher and Assistant General Secretary of the International Astronomical Union (IAU), and Casiana Muñoz-Tuñón, a researcher and Deputy Director of the IAC, all of the co-authors of the present article. Arrabal developed a method for selecting galaxies with normal star formation rates, based on the photometric survey SHARDS (Survey for High-z Absorption Red and Dead Sources), a Large Programme of the European Southern Observatory (ESO) carried out on the GTC. Arrabal stated:

“I am very happy to see that the method developed during my doctoral thesis works so well in finding and confirming a region highly populated with galaxies in the distant Universe.”

The SHARDS programme has been led by Pablo Pérez-González, researcher at the Centro de Astrobiología (CAB, CSIC-INTA) and also author of the paper. As Pérez-González explains:

“Measuring exactly how these structures are forming, especially at the beginning of the Universe, is not easy, and we need exceptional data such as those we are taking with the GTC telescope as part of the SHARDS and SHARDS Frontier Fields projects, which allow us to determine distances to galaxies and between galaxies at the edge of the Universe with a precision never achieved before.”

In addition, Stefan Geier, GTC support astronomer and co-author of the paper points out that:

“This highly surprising result would not have been possible without the extraordinary capacity of OSIRIS together with the large colllecting area of the GRANTECAN, the largest optical and infrared telescope in the world.”

The Gran Telescopio Canarias and the Observatories of the Instituto de Astrofísica de Canarias (IAC) are part of the network of Singular Scientific and Technical Infrastructures of Spain.