The Role of Information Cascades in Driving Public Opinion 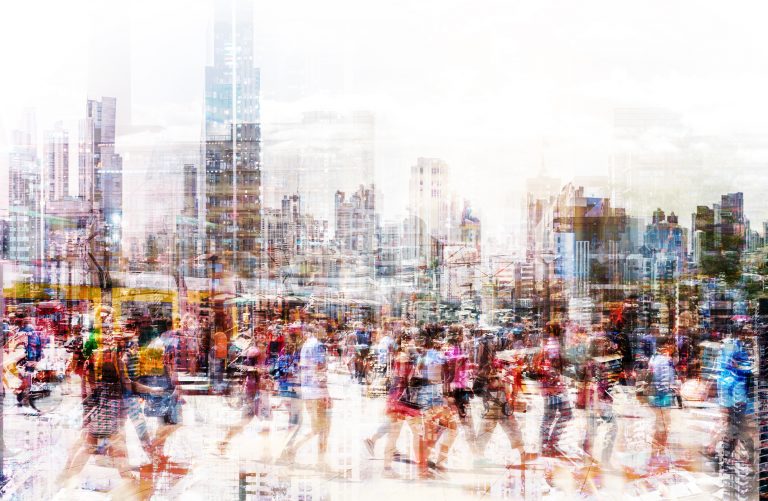 In many social and biological systems, individuals rely on the observation of others to adapt their behaviors, revise their judgments, or make decisions. (Image: Hanohiki via Dreamstime)

As humans connect at increasing rates, it becomes all too common to influence each other’s behavior and decision-making through information cascades, which create a multitude of crowd behaviors that may offer us a better understanding of human relationships through opinion dynamics. In many social and biological systems, individuals rely on the observation of others to adapt their behaviors, revise their judgments, or make decisions. In fact, people are constantly exposed to a steady flow of opinions, advice, and the judgments of others about political ideas, new technologies, or commercial products. When facing the opinions of peers on a given issue, people tend to filter and integrate the social information they receive and adjust their own beliefs accordingly.

To understand some of these cognitive mechanisms underlying information cascades, economists have developed cascade theories over the last two decades so as to offer an explanation for the many types of imitation existing in various social settings.

In many situations — be they financial investments, consumer choices, or simply crossing the street — you generally are not making a decision alone. Rather, there are many other people present each making their own decisions. In such situations, you can observe the choices of others and use that information to inform your own decisions. Early-deciding individuals can thereby trigger information cascades, in which later-deciding individuals adopt earlier choices, potentially creating a situation where, in the extreme case, everyone does what everyone else is doing, even at the expense of abandoning their private information.

Information cascades have a high probability of developing when everyone relies on “public” information obtained from early-deciding individuals in an event. People often tend to ignore their private signals or information once a cascade starts, however mistaken this may be. This results in imitating the choices of the majority even if the person’s own information suggests an alternative choice.

There is also a fundamentally different class of rational reasons why you might want to imitate what other people are doing. For example, you may want to copy the behavior of others if there is a direct benefit from aligning your behavior with the crowd’s behavior, or when you infer information from choices made by others to be more powerful than your own private information, in which case it would in fact make sense for you to join the majority regardless of your own private information.

Another property of informational cascades is that they are very brittle in nature, since they are based on a tiny amount of original information and are maintained by people’s mere imitation, which can be overturned by credible individuals who receive slightly superior information and act on correct information.

Reputation is the building block of cascades

Besides information, another building block of cascades is personal reputation. Individuals often falsify their publicly-expressed preferences or personal knowledge and follow the crowd in order to gain social acceptance. By falsifying their own preferences, a person can publicly support the popular public opinion, thereby not jeopardizing their reputation, while actually holding beliefs to the contrary. When this happens, cascades become more resilient, because individuals have incentives to disregard new information.

The idea of following the crowd in order to maintain one’s social reputation is a major element of Timur Kuran and Cass Sunstein’s theory of “availability cascades.” These cascades take their name from the fact that individuals often consider the greater availability of some information as an indication of its reliability. As such, once an availability cascade has started, nobody will want to risk his credibility by going against the trend.

The importance of free thinkers

Information cascades are efficient when they facilitate the circulation of correct information. On the contrary, they are extremely inefficient when they feed on false information. To reverse wrong cascades, therefore, credible individuals must obtain, and act on, correct private information. When reputational factors are involved, we also need free-spirited individuals who are relatively independent of social pressures, special interests, and government payouts. Cascade theory thus puts forward the old classical liberal ideas about the importance of unpopular free speech, and of independent social elites who are capable of resisting public opinion and the state.

Understanding why the contradiction between official position and private belief exists and persists is important if we wish to fulfill the original promise of “publicly available information” to serve society. In fact, we’ve seen for a long time that established public opinion can be wrong. But there are good reasons to believe that wrong cascades, even when supported by special interests, can be reversed by free speech, individual liberty, unbiased private research, and the dispersion of power in society. Individuals and groups who defend such ideals are greatly contributing to an efficient economy.