The Power of Kindness: Kong Yong Quells a Rebellion Without a Fight 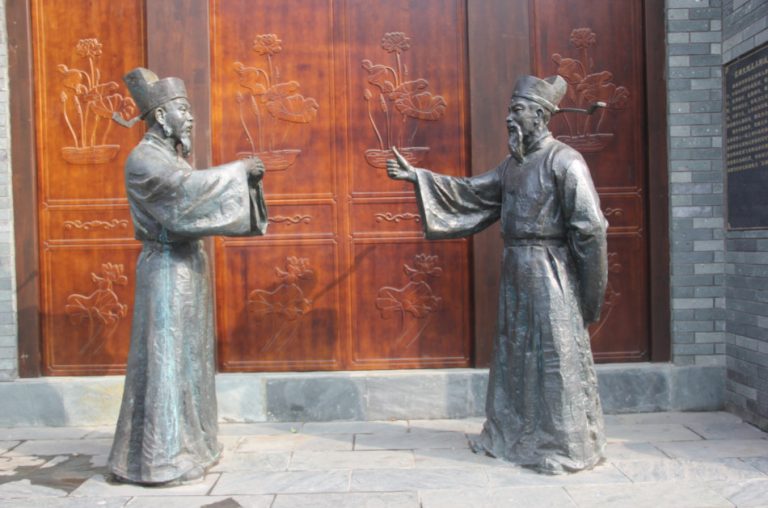 Traditional Chinese culture has always followed the value of kindness when dealing with people and situations, emphasizing the beauty of kindness in the heart. (Image: Pingan Yang via

Traditional Chinese culture has always followed the values of kindness when dealing with people and situations, emphasizing the beauty of kindness in the heart. Not only is this trait admired, but the light it exudes can also lead the wicked back to their senses. If evil meets evil, disaster follows. Only kindness can truly convert and change a person.

Kong Yong was a civil servant of the Ming Dynasty, a native of Suzhou in the south of the Yangtze River. He was the 58th generation descended from Confucius’s grandson. He was a loyal and benevolent man. He served as an official for several decades with clean hands. One of the most legendary events for Kong was when he entered rebel territory and peacefully resolved the crisis without having to go to war.

Local people couldn’t get into the city and many were killed by those who called themselves rebels. It was a very chaotic situation. When Kong arrived, he ordered the city gates to be opened so the local people could enter and leave the city freely.

One day, Kong Yong rode out on a horse with only two guards and headed straight for Maodong. When the rebel leader, Deng Gong Chang, learned that the new governor would soon arrive, he hastily gathered his men in armor to make a show of his power.

Kong Yong slowly dismounted from his horse and entered the courtyard to sit down. When rebel leader Deng saw that he had come without a sword, gun, or even any troops, he was at first at a loss for what to do, but after some thought, he ordered his men to take off their armor and bow to Kong.

Kong said sternly: “You are good people who are forced to become rebels because of hunger and cold. The previous governor intended to use the army to deal with you, but I am here by order of the court and am instructed to act as your parent. You are just like my children. If you trust me, come back with me and I will give you food and clothing. If you do not trust me, kill me. Then the army will soon come and there will be no one left alive here.”

After hearing his words, Deng hesitated, but his men were moved to tears from Kong’s kindness. To break the ice of this negotiation with the rebel leader, Kong Yong said: “I am hungry. You should feed me.” So Deng knelt down and offered him wine and food.

After Kong Yong finished his meal, he said: “It’s getting dark, so I should spend the night here.”

Deng arranged accommodation for him. That night, Kong Yong slept peacefully. When the soldiers saw how well he slept and that he was not afraid of them, they were very impressed.

Kong Yong stayed for two nights. When he left, Deng sent dozens of soldiers to escort him. When they got back to the city, Kong treated those soldiers well, giving them food and clothes. He also gave them food to take back to the rebel army.

Deng Gong Chang was moved and led his rebel army to surrender to Kong Yong and the government.

The other rebel leader, Feng Xiao, upon hearing the story, soon led his men to surrender to him as well. In this way, the rebellion was put to an end, not by using force, but with the power of kindness.