A Disabled Beggar Saves Lives and Heaven Grants Him a Miracle 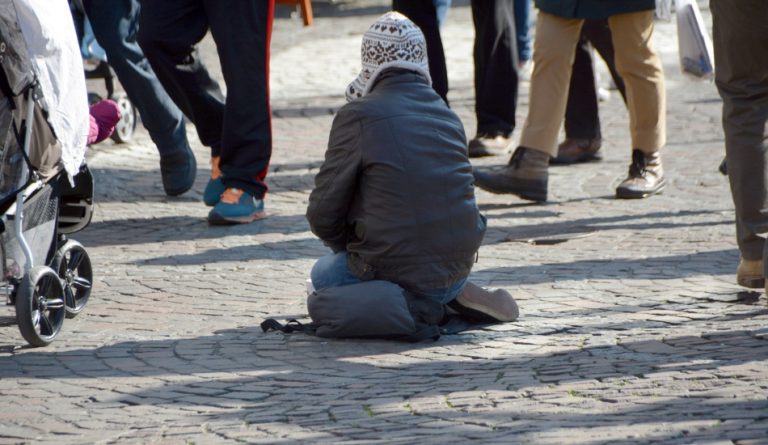 There was an old beggar who lived in the neighborhood who had a painful sore on his leg. (Image: via Pixabay)

In the time of the Qing Dynasty, there was an almshouse in Tianchang County where beggars who had nowhere to go could live. On the eve of the New Year, Mao Jun, who lived in the almshouse with his wife, went to the streets to beg as usual with another beggar who carried him, as he could not walk.

After a day of begging in the cold, it started to snow heavily. The beggar who carried Mao Jun on his back was cold and tired. They passed a relay post, so they took a little break. The beggar sat Mao Jun at a small table and they brushed the snow off each other.

Mao Jun then suddenly heard sounds like someone wailing. Could it be ghosts howling around outside? The other beggar went into the post and had a look.

The beggar returned and told Mao Jun: “There is a house below the ground, and there are three people in it. One of them is an old man and he is lying stiff and motionless looking like he’s about to die, another is breathing shallowly and is weak, and the third one who is wailing is a middle-aged man.”

Mao Jun asked how they came to end up in the basement. The other beggar replied: “It is because they filed a lawsuit about a small matter, and the county officials asked them for money; they were placed here by those officials and left to die.”

Mao Jun quickly ordered the other beggar to pour them some alcohol to drink so as to warm up their bodies. The middle-aged man was the first to have a drink and then the gasping person also had a drink of the alcohol. Their bodies warmed up quickly and they were able to get up. Mao Jun asked them to lift up the old man who was lying on the ground and was close to dying and gave him some alcohol to drink as well. After a short time, the old man also started to breathe more deeply, and then sat up soon afterward.

The other beggar saw that the three people were able to get up and were feeling better, so he prepared to carry Mao Jun again and make their way back home. Mao Jun didn’t want to leave. He asked the three people if they were well enough to cook some food. They told him that there was no wood to make a fire. Mao Jun then took some of the food, rice, and money that they got from begging and exchanged it for a few bundles of firewood, giving the wood to the three people so they could cook something to eat, and then left.

Although Mao Jun had a disability, he often took in and adopted beggars off the street and looked after them, a bit like the gai bang bangzhu, the head of the beggar clan. After Mao Jun arrived home, his wife prepared some food and wine and they went on to spend the New Year’s evening together. Mao Jun quickly fell asleep after he went to bed and started to dream. He had a very exquisite dream.

In the dream, a golden armored Buddha took ahold of Mao Jun by the collar and said: “The heavens are going to show you mercy and let your leg become straight. The heavens are showing mercy to a disabled person like you because, despite your difficulties, you were still able to save three people who were about to die.” As he continued to speak, the golden armored Buddha then reached out his other hand and grabbed Mao Jun’s leg and commanded out loud: “Straighten!”

When Mao Jun heard this in the dream, he was extremely surprised, and woke up straight away in shock — while still dazed, he walked to the wall in the room. His wife, after hearing his movement, also woke up from her sleep in surprise, got up to light the candle, and said: “Who is it?” Mao Jun replied: “It’s me!” His wife was very surprised and said: “How can you walk now?”

Then Mao Jun told his wife about his dream. His wife then said: “You were dreaming?” Mao Jun replied: “But I am already awake.” Mao Jun’s wife then asked him when he saved the three people, to which he said that it was yesterday. After dawn, the beggars saw Mao Jun, who the day before was still disabled but today could get up and walk. They looked at each other, and although they were full of surprise, they were also happy for Mao. Then they clustered around Mao as they all went to the market.

As Mao Jun started walking out through the alley gate, he passed along the city street. Everyone who saw him was very shocked and the whole city was in an uproar.

From ancient times until today, miracles have never stopped occurring. Miracles often accompany those who are willing to be kind and save the lives of others.