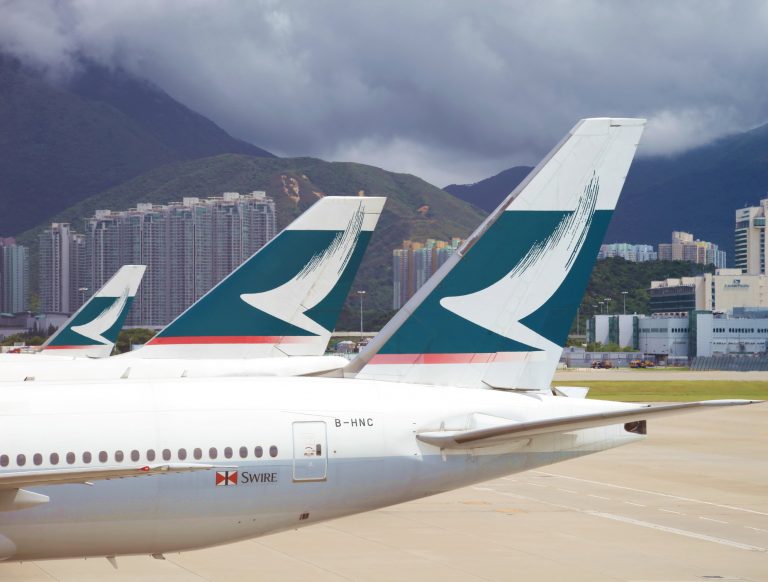 Cathay Chairman Patrick Healy described 2020 as 'the most challenging 12 months of its more than 70-year history.' (Image:Dreamstime.com © Ohmaymay)

Cathay Pacific Airways Ltd. exited 2020 with a record annual loss of US$2.8 billion, as the Hong Kong flagship carrier suffered due to a sharp downturn in travel along with major restructuring costs.

Cathay Chairman Patrick Healy described 2020 as “the most challenging 12 months of its more than 70-year history” as passenger revenues dwindled to just 2-3 percent of pre-pandemic levels.

The carrier went deeper into the red as 2020 wore on. Its second half losses clocked in at US$1.5 billion, up from US$1.3 billion in the first six months of the year when the pandemic first emerged.

Last year’s loss compared with a profit of just US$220 million in 2019, when democracy protests in 2019 led to a plunge in customers, especially from the lucrative Mainland market.

Cargo was the best performer for the airline, though it too saw a downturn, because the reduction in passenger flights, which also carry cargo, caused a reduction in capacity. Nearly 60 percent of its 2020 revenue of US$6.17 billion was from its cargo operations, up approximately 20 percent from 2019.

The airline lacks a domestic market at a time when international borders are largely closed because of the coronavirus pandemic. In October, it announced the closure of its subsidiary Cathay Dragon, a regional carrier flying mainly to Mainland China and other Asian destinations.

The beleaguered carrier also announced in October that it would cut 8,500 jobs, amounting to about a quarter of its staff, while slashing executive pay. The cost-cutting actions came after the airline received a US$5 billion bailout from the Hong Kong government in June.

Cathay said it had managed to reduce the cash burn toward the end of the year but longer quarantine restrictions that Hong Kong placed on all long-distance flight crews in January has canceled out most of those savings.

Cathay announced 92 passenger aircraft — or about 46 percent of its fleet — have been moved to Alice Springs in Australia, as well as Ciudad Real in Spain for long-term storage.

On the early aircraft retirements, the airline did not disclose which aircraft these were, but notes that these aircraft were removed as they were “unlikely to re-enter meaningful economic service again before they retire or are returned to lessors.”

The airline also restated an earlier announcement of aircraft delivery deferrals. Deliveries for Airbus A350 aircraft have been pushed back by up to two years to 2023. Similarly, deliveries for A321 — some of which were originally meant for the shuttered regional wing Cathay Dragon — were delayed until 2025.

Cathay also stated that “advanced negotiations” are still ongoing with Boeing for the deferral of an order of 21 777-9s. The airline had previously confirmed that the deliveries would be delayed beyond 2025 and said it was still committed to the deal.

Outbound travel from Hong Kong is almost non-existent and the head of the city’s tourist board warned it could be at least six months before residents would be able to travel again.

In response, Cathay said it would keep executive pay slashed and ask staff to go on a third round of unpaid leave, to which some 80 percent of employees have already signed up.

“Our short-term outlook continues to be challenging. However, we remain absolutely confident in the long-term future and competitive position of our airlines,” Healy said.