The Greatest Man in British History 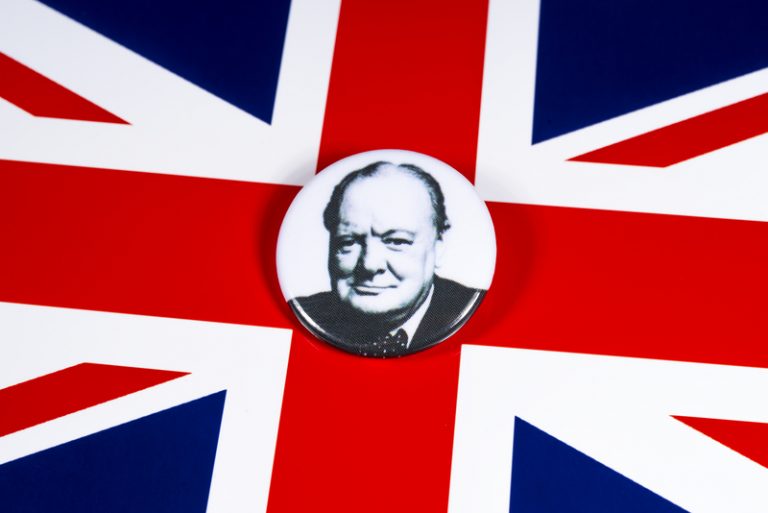 In 2002, the BBC conducted a nationwide poll of the British people to determine the greatest Briton in history. It was no surprise that Winston Churchill came out on top and won the highest number of votes. Churchill was the United Kingdom’s prime minister twice, from 1940-1945 during World War II and again from 1951-1955.

Since the 17th century, the small island of Great Britain had driven the world forward like a locomotive. For hundreds of years, countless great men have been born on the British Isles. In the BBC poll, Churchill surpassed Shakespeare (5th place), Isaac Newton (6th place), John Lennon (8th place), and other notable literary figures and scientists who had profoundly influenced human society to become the top greatest Briton in the eyes of the British people.

The legendary wit and wisdom of Winston Churchill, the great British icon

While the world has always had lots to say about Churchill’s vision and political wisdom, from great admiration to criticism, some admired his wit and humor more.  There are numerous stories about his razor-sharp wit, both in Parliament and out.

1. Skirmishes between Churchill and the great playwright George Bernard Shaw

Once when Shaw’s new play was about to open, he sent Churchill two tickets with a note: “Here are two tickets for the opening of my new play. Keep one for yourself and bring along a friend — if you have one.”

Churchill knew that Shaw was insinuating that he had made too many enemies, so he returned the tickets with a nice little note: “I’m sorry that a previous engagement precludes my attending your opening night,” he said. “I shall be happy to come the second night — if there is one.”

2. Churchill disliked his son-in-law so much

3. Once, a British woman asked Churchill: “Every time you gave a speech, you always attracted a large crowd. Didn’t you feel excited?”

Churchill replied: “Thank you for your compliment, but whenever I feel this way, I always remember one thing; if I were not giving a speech but hung, I am afraid that the crowd would be doubled.”

Churchill, as the Prime Minister, led Britain to victory and received great credit. Still, unexpectedly, during the July 1945 United Kingdom general election, Churchill lost the election and was ousted by the British people.

When Churchill received news of the election results, he was bathing. He calmly said to the person who brought the news to him: “The people have every right to oust me. This is democracy in action, and it is what we have been fighting for.”

British lion: exemplified by his boldness, bravery, and conviction

What made Winston Churchill shine in history was his boldness, bravery, and conviction in his leadership during World War II. He was known for facing problems head-on and for “never giving up.”  At that time, Hitler had started the invasion of Europe.

Churchill’s predecessor, Prime Minister Chamberlain, adopted a policy of appeasement that put the British nation into a passive mode. After Churchill took over as Prime Minister, he led Britain in fighting fearlessly against the Axis powers and finally won the war that changed human history.

Churchill delivered many famous speeches and left behind countless inspiring quotes, showing his tenacity and courage.

2. “Success consists of going from failure to failure without loss of enthusiasm.”

3. “You have enemies? Good. It means you’ve stood up for something, sometime in your life.”

Churchill had two loves in his life; one was cigars and it is said that he smoked 250,000 cigars by the time he died at the age of 90, and the other was a Willys MB jeep that he often rode around in during World War II.

During World War II, more than 600,000 units of Willys MB jeeps were built. They became the primary light-wheeled transport vehicle used by the Allies. This vehicle could adapt to all kinds of harsh field conditions during the war and the hope for countless soldiers to survive.

The jeep was regarded as one of the most important pieces of equipment used to win the war.  That was why Churchill loved it. In a sense, the jeep represents freedom, justice, and courage.

Churchill once said: “All the greatest things are simple, and many can be expressed in a single word: freedom; justice; honour; duty; mercy; hope.”

Translated by Chua BC and edited by Angela M.