One Peasant Woman Saves a Kingdom With Her Righteousness 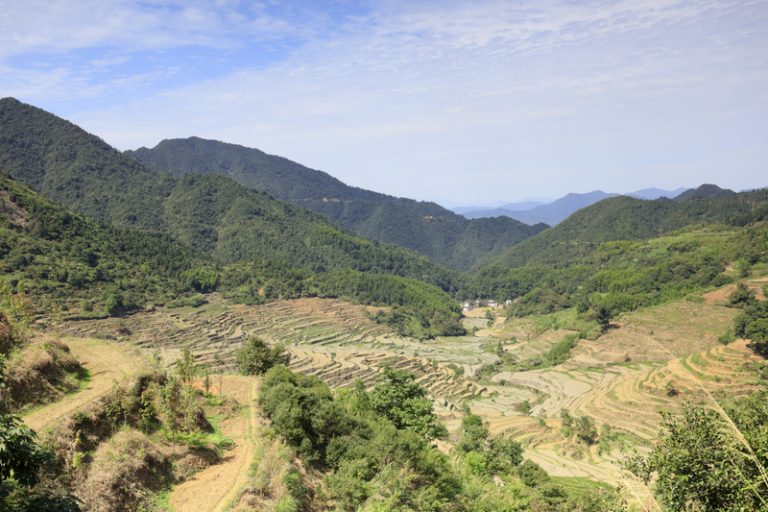 The state of Qi was about to invade the state of Lu. In the wilderness of Lu, the Qi general saw a woman carrying two children frantically trying to escape to the mountains. One act of righteousness followed that halted what would have been a terrible war. (Image: Maocheng via Dreamstime)

In a life and death ordeal, one selfless act of righteousness of a lowly woman halted an invading army. The state of Qi was about to attack the state of Lu. The Qi army had already amassed at the border to invade.

In the wilderness of Lu, the general of the Qi army saw a woman who was fleeing in a desperate panic, trying to escape to the mountain. She was carrying two children; holding a child in one arm and holding onto the second child with her other hand.

To save her brother’s child, she fled in panic as fast as she could toward the mountains

When the woman saw that the Qi army was approaching, she set down on the ground one of the children that she was carrying in her arm, and then lifted up the child she was carrying with her hand and fled in panic as fast as she could toward the mountains.

The child who was left behind howled and cried. When the Qi army caught up with the boy, they asked the child: “Is that your mother who ran away?” The child said: “Yes.” The Qi army asked again: “Then who is your mother carrying?” The child said: “I don’t know.” So the Qi general drew his bow and fired an arrow toward her and forcibly stopped the fleeing woman.

The Qi general went after her and asked: “Who is the child you are holding? And who is the child you left behind?” The woman said: “The child I was carrying was my brother’s child, and the one I left behind was my own child. Since I could not protect both children at the same time when I saw the general attacking, I left my son first.”

The Qi general asked her in disbelief: “That was your own flesh and blood and he loves you deeply. But today you left him and ran for your life with your brother’s child — why?”

If everyone puts selfishness before righteousness, then the King of the state of Lu would not want to be kind to his people, the great officials would not care for their people, and the whole kingdom would put selfishness first, and no one would take care of each other.”

She placed righteousness first instead of her own self-interest

“If I save my child, I would lose my righteousness. That’s why I endured the pain and would rather leave my son behind and protect my brother’s child.”

When the Qi generals heard these words, they were greatly moved. They didn’t think that even a village girl knew how to maintain righteousness; how could they, not being nobles, know about righteousness?

The general ordered the troops to stay put and he hastily sent someone to report to the King of Qi, saying:

“We can’t invade the state of Lu. Because on the border of Lu, we met a woman in the mountain who knew how to keep righteousness and not to harm the public with her private interests, let alone the courtiers and scholars of Lu. Therefore, I implore you to withdraw your troops!”

So the King of Qi ordered the withdrawal of his troops and for them to return to his kingdom. Initially, when the army of Qi pressed into the territory and made the people of Lu panic, no one expected that one lowly peasant woman in the mountains would avert the invasion of her state with her belief in righteousness.

The King of the state of Lu, who was still preparing to send troops to meet the oncoming invasion, was surprised to find that all the Qi state’s troops had withdrawn without any warning.

When he heard that the woman had saved her nephew’s life, he gave her a hundred rolls of fabric and honored her as a “righteous aunt.”  Thus, a peasant woman saving the kingdom became a legend.