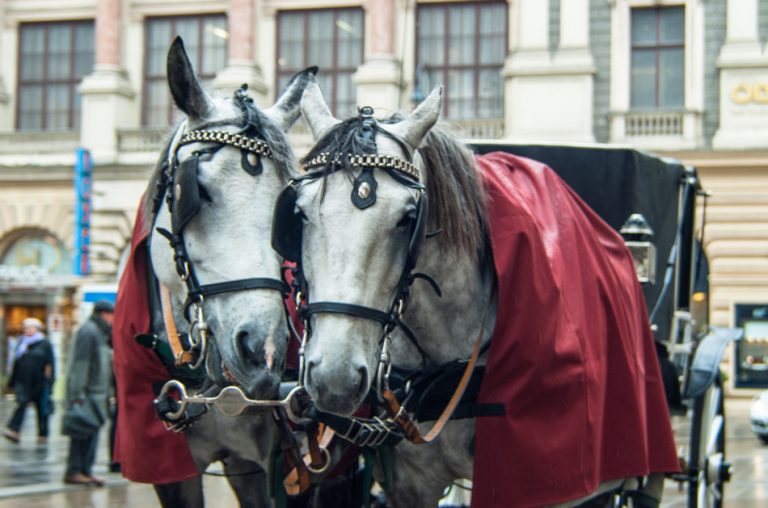 As tourists disappeared from Vienna, horse-drawn carriages were put to an unexpected use: lockdown meal delivery to seniors. (Image: Yuri Novofastovsky via Pixabay)

The COVID-19 induced lockdown changed the lives of billions of people around the world in numerous ways. While a majority of people were forced to work from home and rely on online stores for buying stuff for months, in some places, the results of lockdowns are rather unique.

After the lockdown, horse-drawn carriages were used for meal delivery

One such place is Vienna, a major tourist destination in Europe that is known for its horse-drawn carriages. These iconic carriages, known as fiakers, are loved by the tourists as they can use them to enjoy the scenery of the historical city at a leisurely pace. However, post-lockdown, the carriages were used in innovative ways. They were being used by a hotel to deliver food to the isolated senior residents of the city.

These horse-drawn carriages have been a part of the culture and tourism scene of Vienna for centuries. Before the advent of the pandemic, horse-drawn carriages were used profusely for ferrying tourists. They were kept close to the prominent landmarks of the city, such as St. Stephen’s Cathedral and the Imperial Palace.

The innovative usage of the fiakers drew the attention of the media and the reactions were mostly positive. Given the fact that the country was reeling under the effects of the coronavirus lockdown, tourists were nowhere to be seen. In such a scenario, utilizing carriages to help the elderly and vulnerable people was a good idea. While the tourism sector in the Austrian capital suffered a big blow, the carriages were at least put to good use.

The alternative usage of the fiakers was implemented by the InterContinental Vienna hotel as it teamed up with a few fiaker drivers. The hotel used its kitchen so that the senior citizens could be given meals for free. The hotel itself had been hit hard by the lockdown, much like similar establishments. They were offering around 200 to 300 meals every day.

Naturally, the recipients of the free meals were delighted. Gabriele Gleilinger, who had been coping with an autoimmune disease, is among them. The drivers who were taking part in the initiative said it is good for everyone involved. The vulnerable people were getting meals for free while staying safe. It was also beneficial for the horses, as the creatures need exercise to stay healthy. The volunteers adhered to all safety precautions.

The endeavor of the Vienna hotel received applause from all quarters. Apart from the few carriage drivers who responded to its call for volunteering, a number of cyclists and car drivers also responded. This was confirmed by Brigitte Trattner, InterContinental’s general director. In addition, hotel management made plans to distribute meals to the staff at the adjacent Rudolfstiftung hospital so that they could benefit as well.