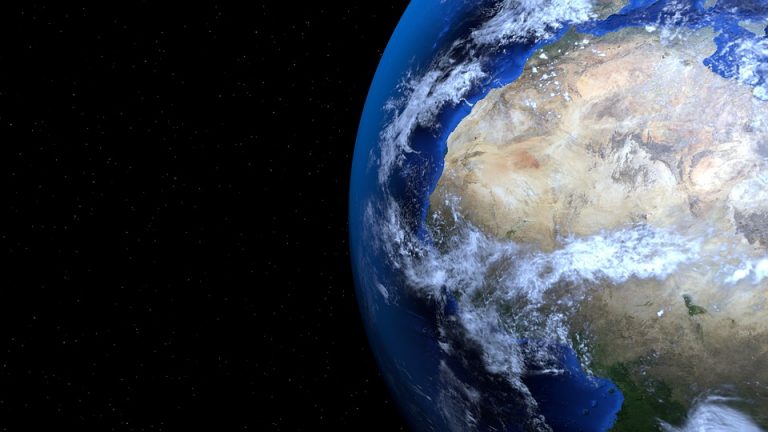 Ministers of both countries noted that this collaboration will help both the UK and Australia to become highly competitive global space powers. (Image: PIRO4D via Pixabay)

Large tropical volcanos have caused some of the world’s most destructive natural disasters in history, with volcanic eruptions spewing out massive quantities of harmful gases and other debris that can wipe out everything in their path. But what about wider impacts on global climate? These large volcanic eruptions are known to temporarily cool the planet and cause other climate disruptions, including changes in the global distribution of rainfall.

In a new study, a team of paleoclimate researchers, including Ernesto Tejedor and Mathias Vuille at the University at Albany, used a proxy product that employs natural climate archives to better understand the global and seasonal hydroclimate impacts of all known tropical eruptions over the last millennium larger than Mount Pinatubo in 1991, the largest volcanic eruption to happen in the last 100 years. Results are now published in the Proceedings of the National Academy of Sciences (PNAS). Their results showed that the hydroclimatic response following these large eruptions was often significant and at times persisted for more than a decade.

Most notably, the volcanic eruptions that were followed by abnormally dry conditions were estimated over tropical Africa, Central Asia, and the Middle East, along with wet conditions over Oceania and the South American monsoon regions. The researchers also compared their results to those from a stand-alone climate model and found that the model simulated smaller and more short-lived hydroclimatic impacts. Vuille, a professor in UAlbany’s Department of Atmospheric and Environmental Sciences, said:

“We have not had a major volcanic eruption in 30 years, so I think we tend to forget how large of a societal disruption they can cause. When looking at the hydroclimatic response globally, much of the previous work has relied on existing climate models. Our proxy product adds new, real-world data to estimate the responses on a global scale, which suggests these eruptions can cause much larger and prolonged wet and dry anomalies than we initially believed.”

The new dataset used in this study, called the Paleo Hydrodynamics Data Assimilation (PHYDA) product, was created through support from UAlbany’s $5 million “PIRE CREATE” project, which is funded through the National Science Foundation. The PHYDA product is a publicly available global reconstruction of temperature and hydroclimate conditions over the last 2,000 years, which are estimated by combining information from a climate model and a global collection of 2,591 tree-ring records, 197 coral and sclerosponge records, 153 ice-core isotope records, 26 cave-sediment records, 10 lake-sediment records, and one marine-sediment record.

“The trees, and the other natural climate archives included in the PHYDA, were there to see these volcanic eruptions happen. It’s not a theoretical construct. This was the first time we were able to use this new proxy product as an estimate of volcanic climate responses in the past, and the picture it paints has yielded surprises in terms of how large and persistent the hydroclimatic impacts of volcanism can be.”

The researchers agree that understanding why there are discrepancies between the hydroclimatic impacts estimated from a proxy-based product and a stand-alone climate model will be critical for projecting how future volcanic eruptions may affect global climate, especially with added impacts from anthropogenic climate change. It is probable that more large tropical volcanic eruptions will occur within the next century, according to Tejedor, the paper’s first author and UAlbany postdoctoral researcher on the PIRE CREATE team. Tejedor said:

“If you look at past centuries and the frequency of large volcanic eruptions through history, it is very likely that we’ll see a similar-sized eruption before the end of this century, possibly more than one. We believe our findings serve as an important warning that affected communities must not only think about immediate impacts, but that volcanic eruptions can also lead to long-lasting changes in climate.”

Provided by: University at Albany [Note: Materials may be edited for content and length.]