The Legendary Tale of Houyi and Chang’e, Goddess of the Moon 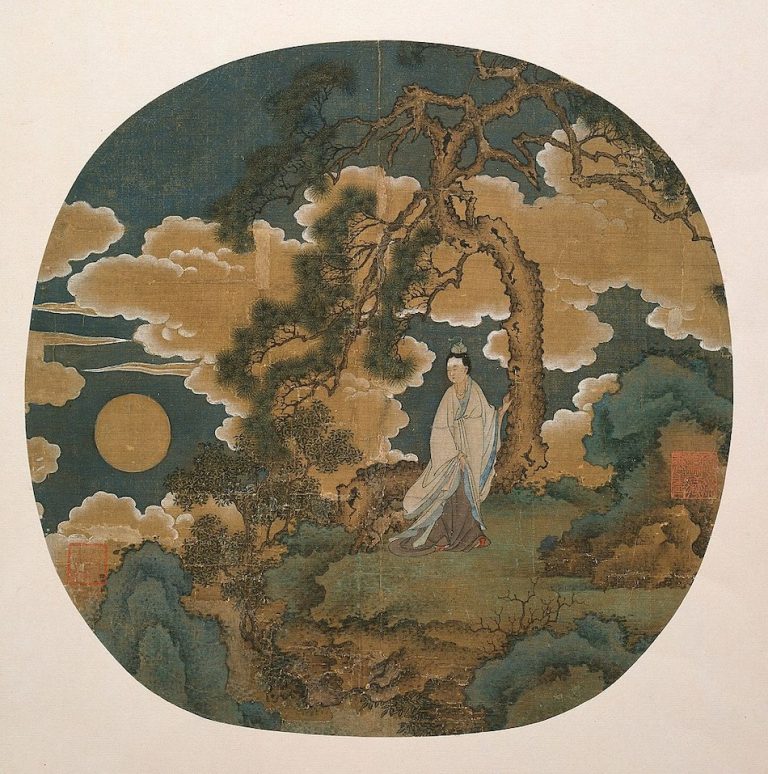 The enchanting tale of Houyi and Chang'e, his beautiful wife. (Image: via Wikimedia Commons)

Legends are like the shifting sands of a desert — forever changing and hard to grasp. This Chinese legend of Houyi and Chang’e is no exception, and many different versions have been passed down.

The Jade Emperor, the ruler of Heaven, had 10 unruly sons. One day, they transformed themselves into 10 suns, heartlessly scorching the Earth from high up in the heavens.

Unable to stop their mischief, the Jade Emperor summoned Houyi, an archer renowned for his marksmanship. The emperor commanded the immortal to teach his sons a lesson.

Houyi descended to Earth and saw its suffering with his own eyes. Everything was charred and lifeless, and the people were in agony. Filled with righteous indignation, he decided to take action.

Plucking an arrow from his satchel, he took aim at the suns. The first one fell out of the sky, then another. In the end, nine of the Jade Emperor’s sons were dead. Houyi left only one sun alive to give the Earth light and warmth.

Houyi and Chang’e are banished from Heaven

Upon hearing the news, the Jade Emperor was furious. He banished Houyi and Chang’e, his beautiful wife, from Heaven, stripping them of their immortality. They were now forced to live on Earth as ordinary mortals.

The pair found human life hard and miserable. Though a hero to mankind, Houyi had a single wish: to avoid the death that awaited all mortals and return to Heaven with his beloved wife. She, at least, did not deserve to suffer.

Fortunately, Houyi recalled that the immortal Queen Mother of the West, who lived on Earth, had a rare supply of the elixir of immortality. The hopeful archer left on an arduous journey to seek her aid.

After countless difficulties, he finally reached her palace on sacred Mount Kunlun. Learning of their plight, the merciful Queen Mother gave Houyi two things. One was the elixir — the other was a warning:

“Drinking half the elixir will grant everlasting life. The entire elixir, however, will make one ascend to Heaven as a full-fledged immortal.”

Half for himself, half for his wife. It was all Houyi could have hoped for.

When Houyi reunited with Chang’e, she was thrilled over his success. Yet while her husband was resting from his journey, she could not resist peeking at the elixir he brought back. Her eagerness to become immortal tempted her into drinking the entire potion. Before long, she felt her limbs grow weightless, and she began to float into the sky against her will.

As a banished deity, she could no longer return to Heaven. Earth was now beyond her grasp as well. With nowhere else to go, Chang’e drifted to the desolate Moon, where she spent the rest of her days in a lonely palace accompanied by a white rabbit.

She wept bitterly for her husband Houyi, who was condemned to live out the rest of his days on Earth as a common man.