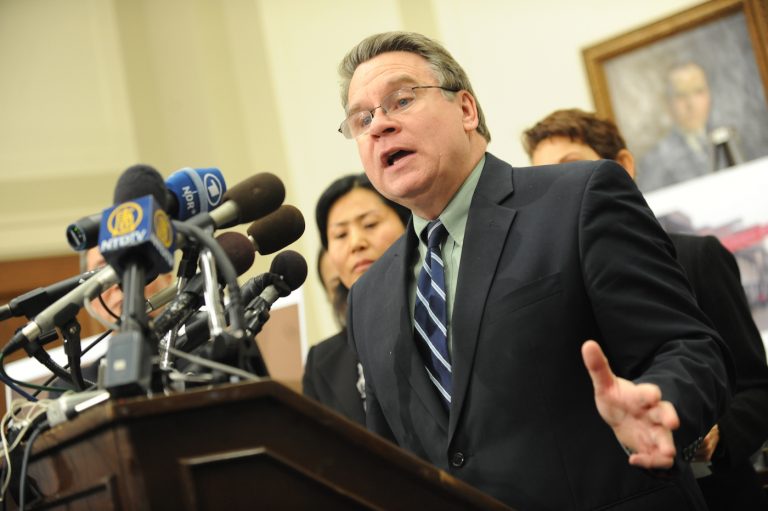 Bipartisan legislation has been introduced in the U.S. that is aimed at holding the Chinese Communist Party (CCP) accountable for forced organ harvesting targeting minority groups and other vulnerable victims in China.

Representative Smith, sponsor and lead Republican for the House bill, said the legislation would empower the U.S. State Department to identify and expose organ harvesters and traffickers across the world with the goal of punishing perpetrators through effective sanctions and travel restrictions.

“Organ harvesting is an egregiously barbaric and inhumane act that has no place in our world. We must do more to put an end to the horrific abuse by international human trafficking gangs, terrorist organizations, and even some governments —China’s Communist regime in particular — who kill innocent people and sell their organs for profit,” he said.

“Shedding light on these hideous activities and enabling the naming of names of these perpetrators — who often prey on political prisoners, minorities, and other vulnerable populations — will help put an end to this egregious violation of human rights,” he said, adding that a global response to stop this “gross” human rights abuse is desperately needed.

Representative Suozzi, the lead Democrat for the House bill, said that “members of the Chinese Community Party must be held accountable for the unspeakable practice” of organ harvesting.

“They have taken advantage of and abused political prisoners, minority groups, and religious groups for too long,” said Representative Suozzi. “To not speak out on this egregious practice is to be complicit. Forced organ harvesting has no place in our world,” he said.

Senator Cotton, the bill’s lead Republican in the Senate, said: “This bill will identify and punish CCP members involved in forced organ harvesting. It’s past time to hold Beijing accountable for these heinous acts.”

The lawmakers’ statement detailed the content of the act that was introduced in the 116th Congress:

Two leading groups opposing forced organ harvesting in China have welcomed the introduction of the bill to the U.S. legislature.

In a joint statement, the Victims of Communism Memorial Foundation (VOC) and the International Coalition to End Transplant Abuse in China (ETAC) said the bill is an “important and necessary response” to the China Tribunal’s final judgment released in 2020 that found that it was proved beyond doubt that the Chinese state is killing large numbers of prisoners of conscience for their organs.

“What is so glaringly wrong in China, when it comes to organ transplant surgery, will become even more obvious when it is held up to comparison to every other country in the world,” Matas said.

“How do we get the Chinese Communist Party and the state it runs to stop the killing of innocents for their organs? One way is surely to shine a light on what they are doing. This bill is important for proposing exactly that, not just on China alone, but on every other country in the world, as points of contrast with China,” he said.

Susie Hughes, executive director of ETAC, which initiated the China Tribunal, said the bill is one of the most comprehensive ever introduced on the issue of trafficking in organs and trafficking in humans for the purpose of organ removal.

“We hope that more governments will be inspired to follow in the footsteps of the United States, to ensure their own citizens are not caught up in the mass murder of innocents for their organs in China,” she said.

In 2019, the China Tribunal, an independent international people’s tribunal chaired by Sir Geoffrey Nice QC, assessed all available evidence regarding forced organ harvesting from prisoners of conscience in China.

The London-based tribunal held public hearings where over 50 witnesses testified. Huge volumes of written evidence were analyzed, including research showing the deliberate falsification of China’s public organ donation data that helped the CCP to cover up the killing of innocent people, primarily peaceful Falun Gong practitioners, to support a lucrative trade in human organs.

ETAC said that the China Tribunal’s judgment presented the first-ever independent legal analysis of all available evidence regarding forced organ harvesting from prisoners of conscience in China.

The judgment’s findings prompted worldwide media attention over an atrocity that first came to light in 2006 following claims that imprisoned Falun Gong practitioners were being killed for their organs in northeastern China.

The tribunal said organ harvesting is part of what has been described as a genocidal campaign against Falun Gong, which has been targeted by the communist state since 1999.

Others thought to be subjected by the Chinese state to this transplant abuse include Uyghurs, Tibetans, and house Christians, but on a smaller scale.

Claims by CCP officials that China’s transplant industry sources its organs through voluntary donors were debunked by the tribunal.