The Journey From Being a Bullying Victim to a Life of Fulfilment, Hope, and Compassion 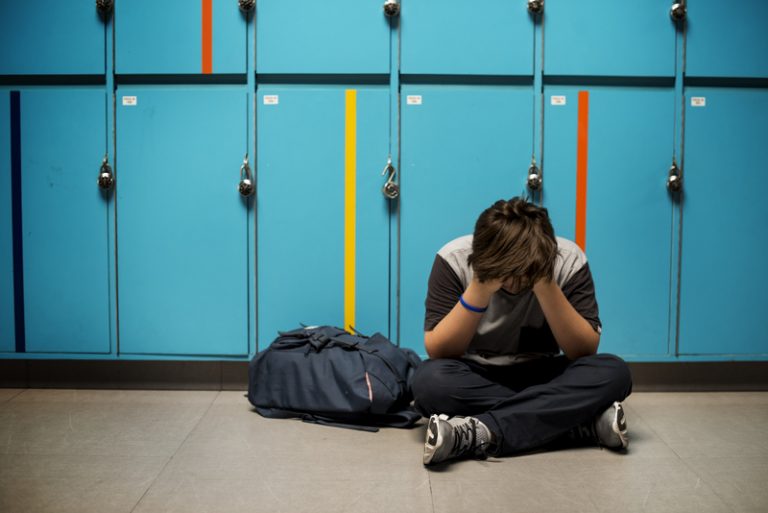 In school, some kids bully others. (Image: Rawpixelimages via Dreamstime)

Hope springs eternal, as the saying goes. It was such hope that brought sunshine back into the life of Kon Karapanagiotidis. Bullying of children did not just arrive on the scene with the digital age. It is ages old. Kon was the victim of merciless bullying as a child and at school. He shares how he triumphantly turned his life around.

He is the proud son of a working-class Greek couple who migrated to Australia in the 1960s. He was born in Mount Beauty, where he, his sister, and his parents were one of only two Greek families in a town of 1,500 people.

It was hard being different in such a small place. Kon was relentlessly bullied throughout his school years, never feeling like he belonged or had a place in his community.

He sought solace in books, finding inspiration in the works of Gandhi, Malcolm X, and Martin Luther King as a teenager, all great men who transformed the lives of millions by refusing to accept the status quo.

Kon learned that it’s ok to take pride in refusing to obey laws that are unjust and that it’s important to stand for the greater good. In the words of Malcolm X: “A man who stands for nothing will fall for anything.”

Education was a priority in the household: the hope of a better future

Education was a priority in his household. His father had to leave school when he was 9 years old to support his family and his mother left school at the age of 12. They both worked in physically demanding jobs, first on a tobacco farm in Mount Beauty and then in factories when the family relocated to Melbourne.

Kon’s mother always told him that she put up with the hard work, the discrimination, and the workplace bullying so that he could have an education and would never have to suffer in the same way.

Kon has more than repaid his parents’ sacrifice. He has never stopped working on his qualifications, earning a total of six degrees in social work, law, behavioral science, a Master’s in education and training, a Master’s in international development, as well as a senior executive MBA.

Harnessing the pain of bullying and rejection

Outside of his family, Kon felt so unloved by the world because of the bullying and exclusion he had experienced throughout his school years. He had a need to take the hurt and pain from his childhood and find a way to give back to the world because he knew that holding onto the bitterness would ultimately destroy him.

He decided to volunteer, which he did for a total of 10 years from the ages of 18 to 28, sometimes at up to 12 different places at the same time.

Kon’s first volunteer role was at a homeless drop-in center. He says that there was more compassion and kindness there than he had ever experienced at school or university, and he felt a sense of homecoming. He had found his community and with it, a sense of purpose.

In 2001, Kon was teaching a welfare course at TAFE. He had a group of 40 students who had to find placement opportunities as part of earning their qualifications. None of them were successful in securing a placement so Kon had the idea of creating a group project together as a way of providing the placement hours required.

His idea was to set up a food bank for asylum seekers as a temporary measure to fill two needs — one for the students, and one to help local asylum seekers who were struggling.

One of Kon’s friends donated the use of a small shop front in Nicholson Street, Footscray, Melbourne. The students set about transforming the empty shop, painting it, building shelves, and collecting as much free food as they could find to line the shelves.

Eight weeks after the initial conversation, there was a launch party and with that, the Asylum Seekers Resource Centre (ASRC) was born.

At the very beginning, it was a struggle to have enough to support the needs of the community — Kon says the supplies only lasted a couple of hours at a time. But a few months after opening, there was an event that highlighted the growing tensions between the age-old agreement of rescuing those in trouble at sea, the rights of those fleeing persecution to seek asylum, and the Australian government’s determination to stop asylum seekers from coming to Australian shores.

The Howard government strengthened its border laws and made it extremely difficult for those fleeing persecution to be granted asylum in Australia. These actions galvanized the public, resulting in a huge increase in donations and volunteers at the fledgling organization.

As well as food donations, people started offering to teach English for free, so these classes became part of the organization. Then, some of the asylum seekers started requesting assistance to help their sick children, as depending on visa restrictions, some cannot access Medicare.

The decision was made to start the first health center for asylum seekers in Victoria. From these early decisions, the work of the ASRC continued to grow, until today it has programs under Frontline Services, Advocacy, and Empowerment.

“My definition of us succeeding is, when a person seeks asylum in this country they are given the opportunity, equal to anyone else, to participate and succeed and to fulfill their potential.”

The Frontline Services include food and material aid, support services, and healthcare. The Advocacy service offers legal aid, detention advocacy, and advocating from lived experience, while the Empowerment arm of the organization includes education and training, employment pathways, and empowerment pathways.

It also includes the LEEP Program, which offers paid internships aimed at supporting asylum seekers in re-establishing their professional careers in Australia.

The ASRC isn’t just a place to go to receive support; it has become a social justice movement in its own right. They run fundraising and public awareness campaigns that advocate for asylum seekers’ rights. The ASRC is also constantly lobbying the government in an attempt to protect and improve asylum seekers’ ability to access services and to fully participate in society.

Survivor of bullying, now a relentless advocate for those in difficulty

Kon is a relentless, passionate, and staunch advocate for those who have already suffered so much. His mission is to protect them from any further needless suffering and to help them secure the life and the future they have dreamed about for themselves and their children.

Kon’s parents’ sacrifices have given him a profound understanding of these people — he understands their hopes for the future and he is now doing all that is in his power to provide them with the opportunities they deserve. He is a living, breathing example of paying it forward in the best possible way, every single day.

If you are a child being bullied either online or physically, please don’t suffer all alone. Confide in your parents, a trusted school teacher, or even an older brother or sister. You will never be able to change a bully, so just ignore them. Ignore the name-calling, the whispers, the rumors, the sick jokes, the isolation… Bullies are jealous weaklings. You can learn to harness your very own inner power, and you will overcome any bully.