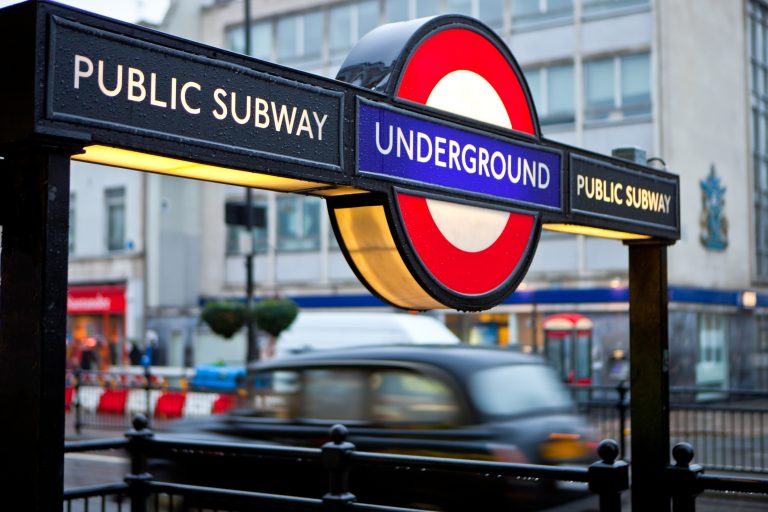 Driven by the concept, the new 'tube' map has been helping cyclists, fitness enthusiasts, and travelers find the most splendid greenside to London. (Image: Jason Vosper via Dreamstime)

Maps that let us have a sneak into green spaces, parks, and other natural landmarks have come up as a nascent concept. Driven by this concept, the new “tube” map has been helping cyclists, fitness enthusiasts, and travelers find the most splendid greenside to London. Designed by Helen Ilus, the Greenground Map has been helping Londoners explore various striking landmarks within the city, such as cemeteries, waterways, parks, and forests. This makes way for people who are less familiar with the geological wonders in London and want to travel the city on foot.

The story of the Greenground Map was covered by Positive News via Helen Ilus.

“I want to reach out to people who perceive cities through transport maps and get them out more by using similar visuals,” Ilus told Positive News. “I think seeing parks and green spaces represented like this brings people closer to nature.”

Traditional maps do not specifically mark the places of leisure like bird-watching spots, ferry piers, and boating and kayaking spots. Besides the people who are looking forward to stealing some leisurely moments from their mundane lives, the map serves people who want to find an alternative route to their work.

“Large numbers of Londoners have already taken to cycling for essential travel and exercise during lockdown; the demand is there,” Dr. Ashok Sinha, CEO of the London Cycling Campaign told Positive News. “The mayor’s new Streetspace plan can and should be the start of a permanent transition to a greener, healthier, and more resilient city.”

Ilus derived her inspiration to create the map from the City Park Campaign. The initiative can be traced from the campaign and she was encouraged by the idea enough to have printed the map. As of today, she has already sold 500 copies of the map. The map became a hit with city dwellers during the coronavirus pandemic, as people were walking more, cycling more, and using public transport much less compared to pre-pandemic situations.

“When I started making the map, I mostly thought of people like myself, who want to make their commutes greener or go out to nature on the weekends,” said Ilus. After the pandemic hit, everyone was on the lookout for open, leisurely places to walk to or to cycle around. This is what made the Greenground Map more relevant. At present, you will only find 380 out of the 3,000 gardens and parks in London. To include more spaces, Ilus aims to expand her project. She mentions that the project is ongoing and she is hopeful about including way more urban green spaces for people to explore through the app.

More space for walkers and cyclists

While public transport has taken a backseat during the coronavirus pandemic, the government has taken the initiative to transform streets to accommodate more pedestrians and cyclists. Furthering the initiative, the London Streetspace program was unveiled on March 7 by Mayor Sadiq Khan and Transport for London (TfL).

“Many Londoners have rediscovered the joys of walking and cycling during the lockdown and, by quickly and cheaply widening pavements, creating temporary cycle lanes and closing roads to through traffic we will enable millions of more people to change the way they get around our city,” Khan said in the city’s press release.

The objective is to rapidly expand the construction of a cycling network to reduce the traffic in areas residential areas and include new routes for the facilitation of low-traffic neighborhoods. However, the improvisation has its downsides too, as it will make the roads less convenient for drivers.

Not just London, but various other cities in the United Kingdom are adopting Streetspace as the means to reduce carbon emissions and pollution and enhance the quality of life. “Safe and Healthy Streets is an important tool for families in our neighborhoods to get outside, get some exercise and enjoy the nice weather,” Mayor Durkan said in a news release. “Over the long term, these streets will become treasured assets in our neighborhoods.”

Expecting the benefits of the program will far outweigh the inconveniences, the rapid expansion of roadmaps for walkers and cyclists is on the cards.