The Ancient History of Tea 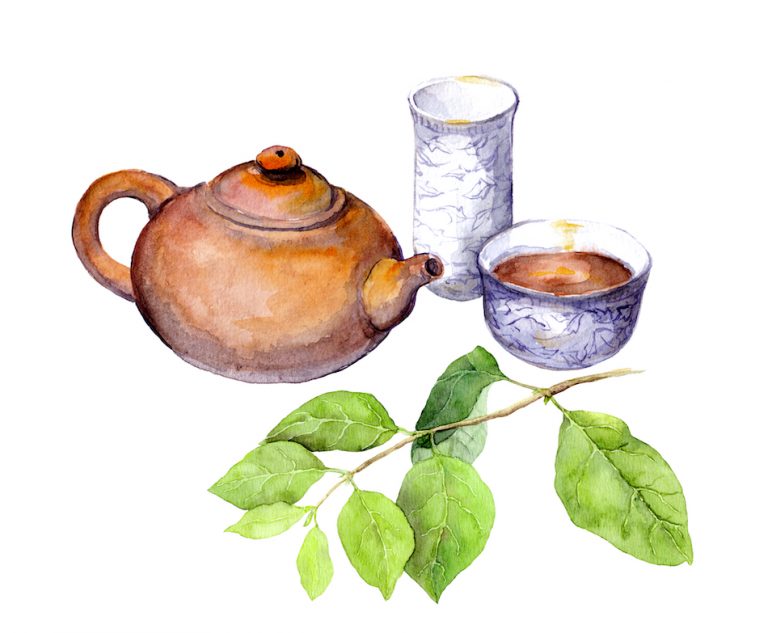 The world’s most-popular beverage — after water — is steeped in tradition and history. (Image: Zzorik via Dreamstime)

In the history of tea, Lu Yu is considered the Sage of Tea. In The Classic of Tea, he said: “Tea tempers the spirits and harmonizes the mind, dispels lassitude and relieves fatigue, awakens thought and prevents drowsiness, lightens or refreshes the body, and clears the perceptive faculties.”

Tea has long been one of the most popular drinks in the world. According to World Tea News, tea ranks second only to water in popularity. An incredible 25,000 cups of tea are consumed every second around the globe, equating to 2.16 billion cups per day!

Tea is an ancient drink and one that has been written about extensively. The Classic of Tea, or Ch’a Ching, regarded as the quintessential book on tea, is believed to be the first text on the subject.

Written by Buddhist monk Lu Yu during China’s Tang Dynasty, The Classic of Tea helped give rise to tea’s popularity in China. It details every aspect of tea, from growing and manufacturing to the wisdom and art of tea drinking.

The history of tea

While Lu is known as the Sage of Tea, it is Emperor Shen Nong who is credited with discovering tea approximately 5,000 years ago.

According to legend, Shen Nong was one of three deified emperors in ancient China. Born in the 28th century B.C., it’s said that his mother was a princess, and his father a heavenly dragon.

Known as the father of Chinese medicine, Shen Nong was said to be imbued with divine abilities. To ease people’s suffering, he wandered the country in search of various plants and berries to determine their effects in curing ailments. Legend has it that Shen Nong had a transparent stomach, and could directly see a plant’s effect on his body as he tested it.

One day, while boiling a pot of drinking water, a few unidentified leaves blew into his pot. Being a keen herbalist, Shen Nong tasted the brew, felt invigorated, and the beverage of tea was fortuitously born.

Originally used for its medicinal properties, tea was said to improve digestive issues, depression, fatigue, and more. Shen Nong is said to have used tea as an antidote some 85 times, after inadvertently poisoning himself while testing various herbs.

Tea was first recorded as an everyday beverage during the Tang Dynasty (A.D. 618–906). Tea drinking started with Buddhist monks, who used it in ceremonies and rituals, and it quickly spread to the general population.

It was during this “Golden Age” that tea culture was born. Tea became China’s national drink, and the ritual of preparing and drinking tea was elevated to an art form. Tea drinking required a special environment, mindset, utensils, and teaware. It was a near-spiritual experience, one in which man harmonized with heaven, earth, and the universe.

By the Ming Dynasty in the mid-1300s, a luxury tea market had developed. Tea became a status symbol, with the best teas reserved for the elites. Tea connoisseurs touted tea’s nuanced qualities and subtle differences, while scholars extolled its ability to clear and focus the mind. In fact, many poems were written about tea, and many paintings were inspired by it.

Tea around the world

Tea stayed within the borders of China for its first 3,000 years of existence. It wasn’t until A.D. 805 that the migration of tea began.

It was a Buddhist monk from Japan who first carried seeds for tea cultivation home. Tea was initially consumed in monasteries, but it eventually spread throughout society, growing to a level of popularity that rivaled that in China.

Tea then migrated throughout the rest of Asia and the Middle East, finally arriving in Russia and Europe in the 1600s. Portuguese merchants were the first Europeans to bring tea home with them, while the Dutch were the first to import it from China. By the 1700s, tea had become the most popular drink in Britain, while in India, though tea plants were indigenous to the area, tea didn’t become part of the Indian diet until the British began producing it there in the mid-1800s.

Tea made its way to America with the colonists. It was the British East India Company’s high taxation on tea that led to the Boston Tea Party, which was the principal act that led to the Revolutionary War. This marked the end of America’s love affair with tea for many years.

Tea has long been honored with ceremony. In China, the ceremony of Cha Dao, or the Way of Tea, developed during the Tang Dynasty. The ceremony draws from Buddhism and Taoism and involves six major aspects: attitude, tea selection, water selection, teaware selection, ambiance, and technique.

In Japan, the ceremony of Chanoyu is an elegant and intimate interaction between the host, guests, tea, and utensils, honoring the elements of “harmony, purity, respect, and tranquility.”