The Critical Importance of Family Precepts 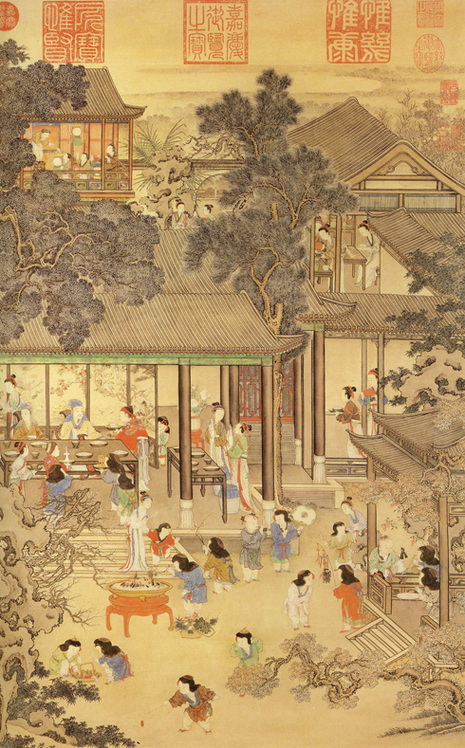 Most families in the Western world have a family crest, a coat of arms, or a family motto. The motto is usually written in Latin, such as Semper Fidelis — Always Faithful, or in French, such as A coeur valliant, rien impossible — To a valiant heart, nothing is impossible. The coat of arms and the motto serve as the philosophy, or family precepts, and an inspirational call to excellence for each generation.

In traditional Chinese culture, great emphasis is placed on family education and good character cultivation. Stories such as Zengzi, who killed a pig to teach his son about keeping one’s promise, and the mother of Mencius, who moved house three times to change the surroundings to benefit her son’s upbringing.

Mencius said: “If you don’t follow the ruler and the round gauge, you can’t make a square and a circle.” When Mencius was a child, he lived near a cemetery, so he learned how to pay respects to the deceased and he played funeral games.

His mother thought that living near the cemetery was not good for her child, so she moved to the marketplace where Mencius learned how to be a merchant — in those days, merchants were not well respected by the people.

His mother decided that the marketplace was still not the right location for her child, and the family moved house once again to live next to a school. There, Mencius learned how and when to bow at the court and the etiquette of entering and leaving the court.

Mother Mencius said: “This is the place for my child.” And they finally settled down there.

Zhuge Liang was the great general and prime minister of Dong Han during the Three Kingdom era. He taught his children to have ambitious aspirations. At the age of 54, he wrote the famous Book of Commandments for his 8-year-old son, Zhuge Zhan.

Zhuge Liang had high hopes for his children, who later became indifferent to fame and fortune, devoted to serving the kingdom, and making contributions to the kingdom and the society, which is precisely the meaning and value of “tranquillity” and “reaching for the future.”

Zeng Guofan was an outstanding politician, strategist, and literary scholar during the Qing Dynasty. His family motto was: “A frugal family will become prosperous; a diligent person will be healthy; a diligent and frugal person will never be poor.”

One: Be cautiously solitary to achieve tranquillity in heart;

Two: Be respectful to be physically strong;

Three: Pursue benevolence to be happy;

Four: Participate in labor to be respected by all beings

These wise pieces of advice were passed on to his children and grandchildren from generation to generation, and Zeng’s family became prosperous and long-lasting.