Lithuanian Lullaby: Step Back in Time and Hear These Beautiful Sounds 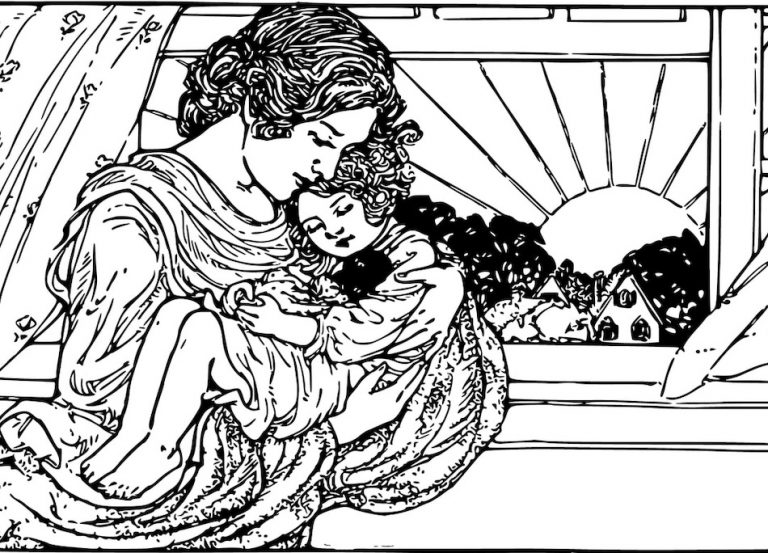 The lullaby is evocative of a mother's love, care, and protection. It is the sound of our grandmother and our ancestors, an archetypical sound and foundation of our native culture that remains with us throughout life. (Image: Jo-B via Pixabay)

The lullaby is evocative of a mother’s love, care, and protection, of being cradled in her tender arms, and of being tucked-in at bedtime. The lullaby is the memory of our grandmothers and our ancestors. It is an archetypical sound, ancestral, as well as a foundational connection with our culture.

Lithuania is a beautiful country in northern Europe. It is one of the three Baltic states, along with Latvia and Estonia, which lie directly across the Baltic Sea from Sweden and Denmark.

The country was first occupied by the Soviet Union in the 1940s, before being invaded by Nazi Germany. As World War II neared its end in 1944 and the Germans retreated, the Soviet Union, under Stalin, reoccupied the country and sadly, Lithuania fell behind the nefarious Iron Curtain, along with all of Eastern Europe.

On March 11, 1990, a year before the formal dissolution of the Soviet Union, Lithuania became the first Soviet republic to declare itself independent.

The Lithuanian language is one of the oldest Indo-European languages. Because it is one of the least-changed languages in the world, it gives us a rare insight into the words spoken thousands of years ago.

Djūkija Lullaby — the Lithuanian lullaby below is one similar to what my own grandmother sang to me when I was a baby. Lithuania’s lullabies often mirrored the rhythm of a rocking crib. The “Aaa Aaa Aaa” sound heard in the song represents the movement of a rocking chair, while the lyrics translate into “Hush-a-bye my little daughter, my beautiful daughter,” with the words repeated with the rocking sound of the voice.

Have a listen to the lullaby here

In the 1950s, musicologist Jadvyga Čiurlionytė set out to preserve the country’s musical heritage by recording folk songs in field expeditions all the way to the remote villages in the countryside.

Europeana Sounds discuss the material and importance of preserving Lithuanian culture through the recording of folk songs while under Soviet rule:

“This is folklore collected during Soviet times when supporters of the national tradition were persecuted, traditional culture considered as relic which contradicts the soviet image of a labor man working for better future.

“This archive is unique because of the conditions how it was created and survived. It is an extreme pleasure for the people who created and retained the collections to participate in the process of the digitisation of the archives.

“The necessity to transcribe the recordings to the digital form is obvious, because these audio and video recordings are extremely unsafe and unprotected because of the Soviet poverty and fear.

“It was musicologist and pianist Professor Jadvyga Čiurlionytė who initiated the collection of the audio archive in the 1950s. Human and technical resources were very poor at that time; however, it was enough love and passion for the traditional music.”

“Enthusiasts had to overcome a number of difficulties to save traditional values. Audio recordings were made with huge tape recorders weighing about 50 kg. Folklore collectors from the archive with their supporters, students of the Lithuanian Music and Theatre Academy, had to carry the tape recorders on their shoulders walking on foot many kilometers visiting the most remote Lithuanian villages.”

This is a recording of a Lithuanian cattle-herding song from Dzūkija (South-East Lithuania):

These are the lyrics to the song in the recording:

Although the Lithuanian lullaby passed down to me through my grandmother and mother is one I know by heart and my toddler has started singing recently, which warms my heart — it seems all too easy for these traditional songs to vanish.

It’s wonderful to come across people and organizations that treasure traditional culture and have put in large efforts to preserve and record the music of past times.