Top US and China Diplomats to Meet in Anchorage, Alaska 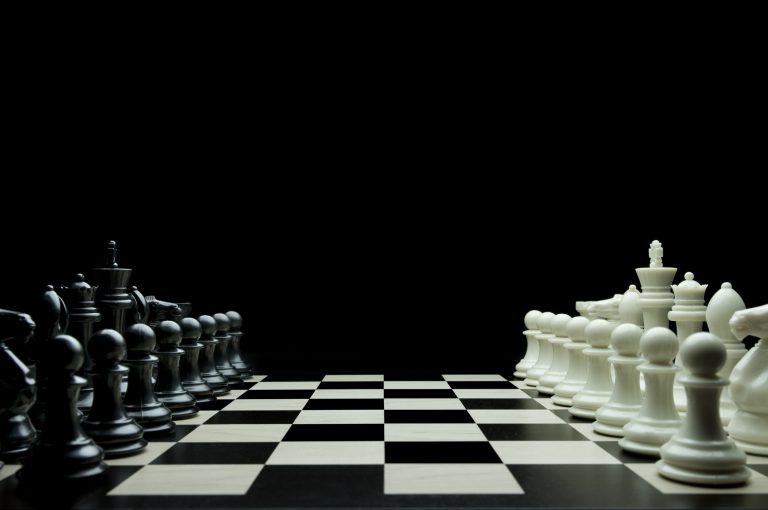 On March 18 a high-stakes diplomatic showdown between the U.S. and China takes place in Alaska. (Image: Andrew Parfenov via Dreamstime)

U.S. President Joe Biden’s top national security advisers will meet with Chinese diplomats on March 18 in a high-stakes showdown that could determine whether Washington and Beijing are headed for a new Cold War or a diplomatic thaw.

The Biden administration has signaled it will take a hard line when the two sides sit down behind closed doors for the first face-to-face meetings between senior officials since Biden took office.

The Biden administration has cast the U.S.-China relationship as the “biggest geopolitical test of the 21st century,” and lawmakers in both parties agree and are pushing the administration to craft a comprehensive strategy to counter China’s global rise.

“China today is challenging the United States and destabilizing the international community across every dimension of power — political, diplomatic, economic, innovation, military, and even cultural — and with an alternative and deeply disturbing model for global governance,” said Sen. Bob Menendez, chairman of the Senate Foreign Relations Committee, at a hearing on March 17. “We need to be clear-eyed and sober about Beijing’s intentions and actions.”

Chinese officials, meanwhile, are spinning the Alaska meeting as an opportunity to reset relations.

“We hope that, through this dialogue, the two sides can … focus on cooperation, manage differences and bring China-U.S. relations back to the right track,” Zhao Lijian, a spokesman for China’s foreign ministry, said at a news conference on March 17. But he warned U.S. officials against poisoning the talks with threats and diplomatic pressure.

U.S. Secretary of State Antony Blinken and national security adviser Jake Sullivan will meet China’s top diplomat Yang Jiechi and State Councilor Wang Yi in Anchorage, Alaska fresh off of visits to allies Japan and South Korea aimed at emphasizing the U.S. commitment to the Indo-Pacific in the face of Beijing’s aggression.

Blinken blasted China on March 17 for its aggression while in Japan, and urged South Korea to work with the United States to prevent a “dangerous erosion of democracy” in the region.

“China is using coercion and aggression to systematically erode autonomy in Hong Kong, undercut democracy in Taiwan, abuse human rights in Xinjiang and Tibet, and assert maritime claims in the South China Sea that violate international law,” Blinken said at the start of a meeting with South Korean Foreign Minister Chung Eui-yong.

Also on March 17, the United States issued a flurry of actions directed at China, including a move to begin revoking Chinese telecoms licenses, subpoenas to multiple Chinese information technology companies over national security concerns, and updated sanctions on China over a rollback of democracy in Hong Kong.

Sullivan told reporters last week he did not expect Trump’s Phase One trade deal, or details on tariffs or export controls, to be a major topic in Alaska, and noted many of the economic specialists needed to reach detailed agreements would be absent.

He did say, however, that he and Blinken would convey to China its strategic intention and concerns with China’s actions, including China’s mass internment of Uyghur Muslims, its crackdown on democracy activists in Hong Kong, and its escalating confrontations with neighboring countries, including Australia.

However, progress on these issues is doubtful given Wang’s remarks on March 7 after the recently concluded National People’s Conference, where he said: “Taiwan, the South China Sea, Xinjiang, and Hong Kong were internal matters that should be left to the Chinese people to manage.”

The Biden administration has said China’s treatment of the Uyghurs, a predominantly Muslim ethnic group in China’s Xinjiang autonomous region, amounts to genocide. The Beijing government has detained more than 1 million Uyghurs and other ethnic minorities in “re-education” and labor camps. Women in the camps have been reportedly subjected to systematic rape, sexual abuse, and torture.

On March 17, the Biden administration responded by sanctioning 24 Chinese and Hong Kong officials, virtually ensuring this will be a fresh flashpoint in Thursday’s face-to-face talks.

Sullivan said in a news conference after the recently concluded Quad meeting on March 12 that the U.S. was concerned about China’s recent confrontations with neighboring countries.

“What we believe our fundamental interests and values are, and what our concerns with their activities are — whether it’s on Hong Kong, or Xinjiang, or in the Taiwan Strait — or, frankly, the issues that we heard today from our Quad partners: their coercion of Australia, their harassment around the Senkaku Islands, their aggression on the border with India,” said Sullivan.

On March 16, a key Biden adviser on Indo-Pacific issues, Kurt Campbell, said the U.S. would not be able to improve relations with China until ended its economic boycott against Australia.

“We are fully aware of what’s going on and we are not prepared to take substantial steps to improve relations until those policies are addressed and a more normal interplay between Canberra and Beijing is established,” said Campbell

At issue is China’s retaliatory trade blockade of key Australian exports, including some wine, beef, and timber products. Beijing imposed the restrictions after Australia’s prime minister called for an independent inquiry into the origins of the coronavirus.

The meeting in Alaska on Thursday gives both sides a chance to reset the stormy relationship between the world’s two largest economies, which remain at loggerheads.

U.S. officials say the meeting is a way to present American complaints about Chinese human rights violations but to also sound out Chinese officials about ways the two countries could work together on issues such as climate change and global health.

Beijing comes with a completely different agenda that has little overlap with Washington’s, a sign of how far apart the two sides are and how difficult it will be to repair the relationship, which will unfortunately not result in a detente but a new Cold War.