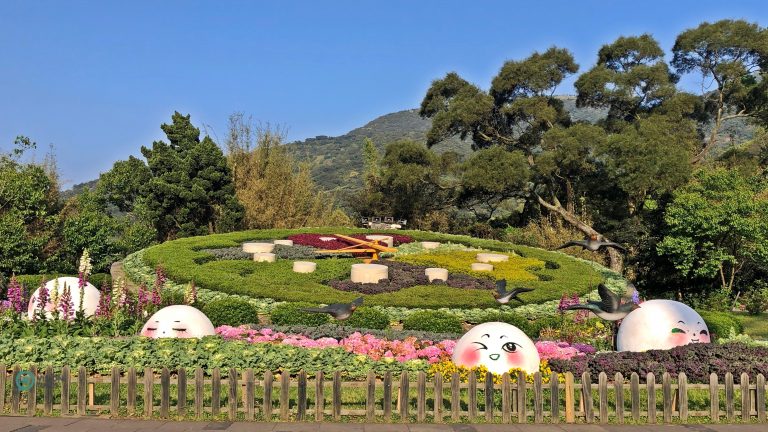 The 2021 Yangmingshan Flower Festival in Taiwan is being held from Feb. 5 to Mar. 21. (Image: Billy Shyu via Nspirement)

Despite the fact that most countries around the world are under a full or partial lockdown due to the COVID-19 pandemic, Taiwan is considered a safer country where people can enjoy a normal life, including domestic travel and sightseeing activities. One event that is a must-see is the Yangmingshan Flower Festival.

Please watch the following video of the “2021 Yangmingshan Flower Festival in Taiwan.”

Situated in the northern part of the Taipei Basin, Yangmingshan, also known as Mt. Yangming, or Grass Mountain, is located about 17 kilometers (10.5 miles) away from downtown Taipei.

Yangmingshan was originally called Caoshan (grass mountain). In 1927, when Taiwan was under Japanese colonial rule, Yangmingshan was designated as the first national park in Taiwan. In 1950, it was renamed after the well-known Chinese philosopher Wang Yangming by the government of the Republic of China (Taiwan).

In 1985, Yangmingshan was officially designated as a national park by the Taiwanese government. With an abundance of flora and fauna, Yangmingshan National Park was certified as the world’s first Urban Quiet Park by Quiet Parks International, and is known as “the backyard of Taipei.”

As one of the most popular flower festivals in Taiwan, the Yangmingshan Flower Festival this year still kicked off on February 5 as scheduled, and runs for 47 days until March 21.

One of the striking features of the festival is its display of a variety of cherry blossoms in Yangmingshan. The most commonly seen varieties are the Formosan cherry, Yae-Zakura cherry, Showa cherry, Yoshino cherry, and Fuji cherry.

Additionally, there are a plethora of other kinds of beautiful flowers to delight visitors in this national park during the festival, such as azaleas, rhododendrons, camellias, plum blossoms, etc.

Due to COVID-19, the Taipei City Government has taken a number of precautionary measures for the annual floral extravaganza.

The city government offers information on the blooming process of cherry blossoms and the number of visitors on its Facebook Fanpage. If the park is extremely crowded, it will publicize a reminder on the website to suggest that the general public visit the park later.

Additionally, the park authorities have also taken a series of preventative measures on the spot, including reminding visitors to wear a face mask and follow the social distancing guidelines.

The annual event used to attract around 1 million visitors to relish the beauty of spring blossoms each year, but the number of visitors this year has dwindled due to the pandemic and the fact that cherry blossoms are in full bloom almost in every part of the country owing to the favorable weather conditions.