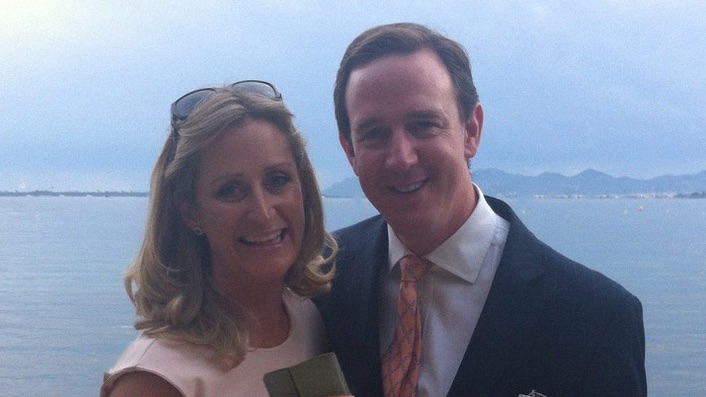 Irish businessman Richard O'Halloran and his wife Tara on happier days prior to his detention in China. (Image: Tara O'Halloran via Twitter)

Richard O’Halloran, an Irish citizen detained in China since 2019, has been prevented from leaving the country. He became embroiled in a legal dispute involving the Chinese owner of a Dublin-based aircraft leasing company, China International Aviation Leasing Service (CALS Ireland), for which he works.

Mr. O’Halloran traveled to China in February 2019 in an attempt to resolve a dispute between the Chinese authorities and his chairman, Min Jiedong, who was sentenced to 10 years in prison for defrauding investors through a crowdfunding scheme.

Min’s illegal activity predates Mr. O’Halloran’s time with the company and there are no allegations of any wrongdoing against the man. But an exit ban has been placed on him and the Shanghai court has instructed him to transfer US$36 million (€29.7 million) before he is allowed to leave the country.

Mr. O’Halloran said that he is a dedicated father and all the events unfolded quickly, which is very disturbing for him and his family. He also said that there is no valid reason for him to stay in China and that he should be allowed to return to Ireland so that he can make arrangements to return investors’ money.

Mr. O’Halloran believes that severe miscommunication and a breach of trust created the situation. He expects that the Chinese authorities will be able to understand the importance of the commercial settlement that the company is bringing forward as the best possible solution.

The Chinese ambassador to Ireland, He Xiangdong, said authorities are working to find a solution “as soon as possible” in the case of Mr. O’Halloran. He Xiangdong said O’Halloran’s case is a matter for the Chinese judiciary as it is still ongoing, but that “no one would like to see this spiral.”

The Irish citizen continues his two-year struggle to leave China

Mr. O’Halloran was back in a Shanghai court on March 1 with a new legal team as the businessman continued his two-year struggle to leave China and return to his family.

At the hearing, the judge requested that documents furnished by the Department of Foreign Affairs to the Shanghai court be notarized by the Chinese embassy in Dublin to verify they were issued by the Irish Government, according to businessman Ulick McEvaddy, a director of Mr. O’Halloran’s company.

Mr. McEvaddy said they continued to be hopeful of breaking the logjam. “I’m cautiously optimistic. They have all the documents they have requested now,” he said. “The court has everything they need. Well, they will have next week,” when the Chinese embassy notarises the documents and returns them to the Shanghai court.