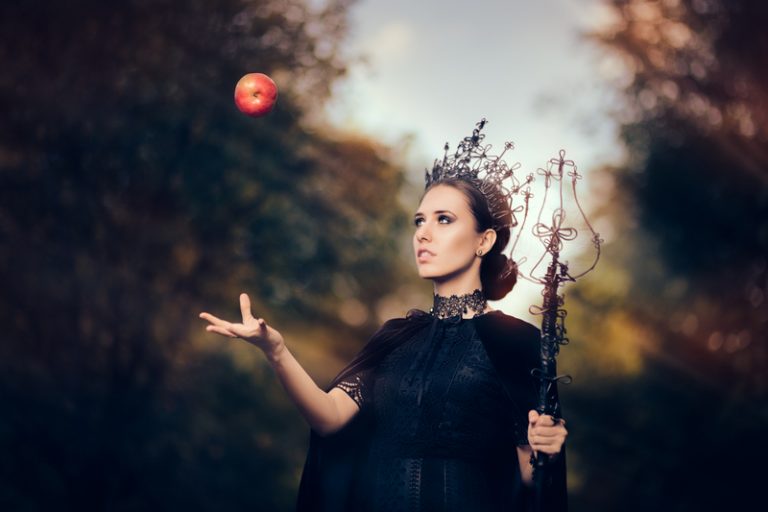 The stepmother usually gets a raw deal in fairy tales. Their influence is often portrayed as life-changing for the worse. They get bad press. Nevertheless, after reading this story about a life-changing compliment, I hope you will gain a new understanding. (Image: via Dreamstime.com © Nicoleta Ionescu)

In the public mind, like in the fairy tales, a stepmother is usually seen as vicious, mean, and conniving, an old hag and warty, abusive of her stepchildren, scolding them for no reason, forcing them to do heavy housework, and refusing to let them receive an education.

The stepmother usually gets a raw deal in fairy tales. Their influence is usually portrayed as life-changing for the worse. They get bad press. Nevertheless, after reading this story about a life-changing compliment, I hope you will gain a new understanding.

Dale Carnegie was admittedly a very naughty boy as a child. When he was 9 years old, his father married his stepmother. She was from a good family. During that time, they were poor and lived in rural Virginia.

While introducing her to young Carnegie, his father said: “Honey, I hope you watch out for my son.  He is the worst boy in the community, and he’s giving me a headache.  He might throw a rock at you before morning or do something bad to surprise you.”

Life-changing words from his new stepmother

To Carnegie’s surprise, his stepmother smiled and went to him, lifted his head, and looked at him, stroking Carnegie’s head gently and lovingly with her slender hand. She looked at her husband and said: “You are wrong. He is not the worst boy in the community, but the smartest, but has not yet found a place to devote his passion.”

The stepmother’s words made Carnegie’s heart so warm that tears almost rolled down his face.

It was with those words that he began to develop a friendship with his stepmother. It was her compliment that became the motivation for him to create the “28 golden rules” of success, helping millions of ordinary people to embark on the bright path of success and prosperity. No one had ever praised him for his intelligence before his stepmother came. His father and neighbors decided he was a bad boy, but his stepmother changed his life with just one sentence.

When Carnegie was 14, his stepmother bought him a used typewriter and told him that she believed he would become a writer. He embraced her idea and began submitting articles to a local newspaper. He understood and appreciated his stepmother’s enthusiasm, and he saw first-hand how she used her passion to improve their family.

Continuous life-changing enthusiasm from his stepmother

This strength from his stepmother fueled his imagination, inspired his creativity, and helped him connect with the infinite wisdom that made him one of the most influential people of the 20th century.

Dale Carnegie was the greatest master of success in the 20th century and the father of modern adult education in the United States. He devoted his life to the study of human nature, using the knowledge of psychology and sociology to explore and divide the common psychological characteristics of human beings, and created and developed a unique way of adult education that integrates speech, sales, dealing with people, and intellectual development.

His major works include How to Win Friends and Influence People, Listen! The Art of Effective Communication; How to Stop Worrying and Start Living; Lincoln the Unknown, and The Glory of Human Nature. All these books have created a miracle in the history of human publishing.

Words can destroy a person’s confidence or even his hope for survival, but words can also encourage a person to come out of depression, or let a person get to know himself from a new perspective, and change his life forever and for the better.

I hope that the world from now on will forever see a stepmother in a new and positive light. She has to fit in and adjust to her new family life as well. So, at any time, we should be generous with our words of encouragement, give a look of trust, and do even small favors for others.