Why the Color Yellow Filled the World of Ancient Chinese Culture 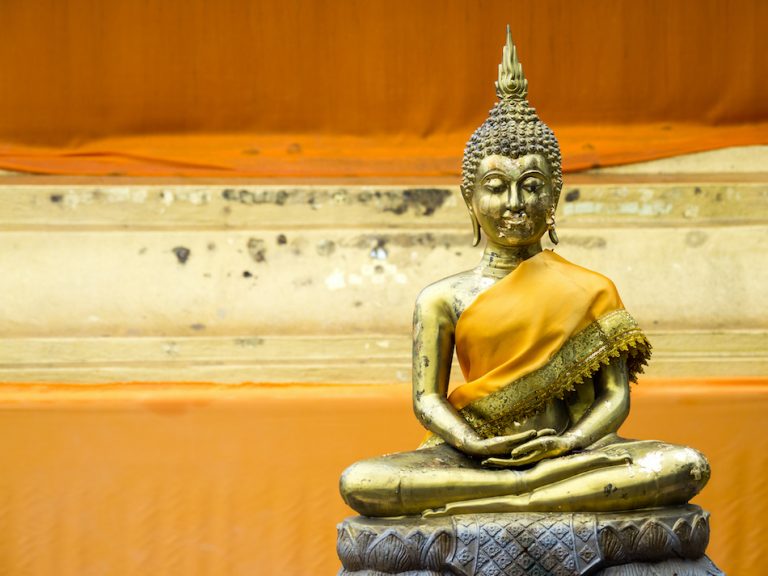 Yellow has been regarded as the color from Heaven since ancient times. (Image: Protects Tachapanit via Dreamstime)

During the Qin and Han dynasties, emperors selected a specific color to symbolize their respective dynasties. They chose a color from black, red, green, white, and yellow. Each of these colors corresponds to the element water, fire, wood, metal, or earth. These are the five elements of the Yin-Yang Theory. In ancient China, people believed that the five elements were the fundamental constituents of everything in nature, and color was no exception.

The rulers of the Qin Dynasty chose water to symbolize their dynasty’s reign, and Han Dynasty rulers picked yellow as the iconic color of Han Dynasty culture. This choice was based on the Chinese view of yellow being the color of earth, and of earth succeeding water.

In the Tang Dynasty, yellow was also widely used in works of art. The Dunhuang Caves are one of three major grotto sites in China. Dunhuang contains over 10,000 precious frescoes in an area spanning some 60,000 square yards (50,000 m²).

In the Ming and Qing dynasties, the color yellow became exclusive to the imperial court. Civilians were prohibited from wearing yellow clothes. The clothing worn by emperors was called Yellow Robes. The carriage used by the emperor was called the Yellow House, the roads walked by the emperor were called the Yellow Path, and the banners flown by the emperor during royal inspection tours were yellow. The seal of dynastic power was wrapped with yellow fabric. And only the imperial family could dwell in the special buildings built with red walls and yellow tiles.

If you climb Jingshan Hill in Beijing and look down, you will see the Forbidden City and its glittering yellow tile roofs. All around, there are gigantic gold-plated bronze vessels and bronze beasts. This gives the palace a look of brilliance and glamor.

In traditional Chinese culture, Heaven represents the seat of the supreme gods. The reason emperors could govern the country was due to the power granted by Heaven. Though emperors were the supreme lords of the country, from the standpoint of Heaven, they were considered sons.

Heaven governed from above. They had to follow the will of Heaven and govern the country and rule their subjects according to ethics and morality.

Yellow was used by emperors in history to symbolize this investiture of divine power, and it stood for sacredness and nobility.