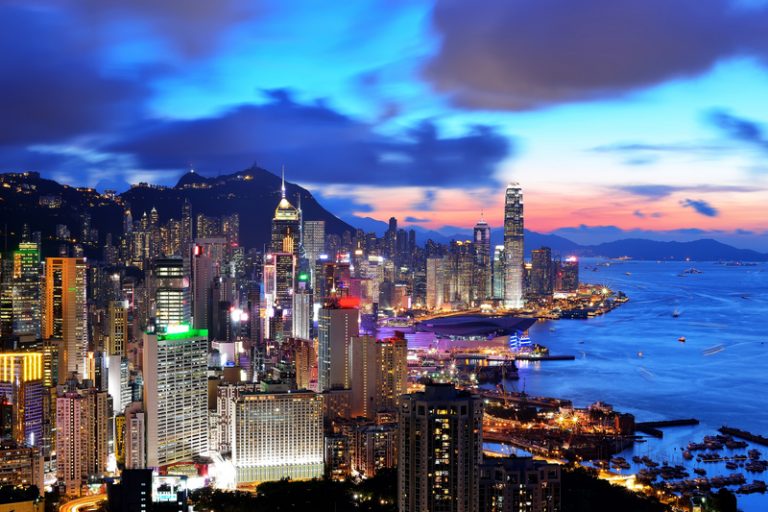 This sunset over Hong Kong portends the darkness that Chinese Communism is spreading. If you want to know what a communist takeover looks like, look no further than Hong Kong. (Image: via Dreamstime.com © Nohead Lam)

China is making its stance on establishing total dominance over Hong Kong clear even though its muscle-flexing has raised eyebrows in global circles. The National People’s Congress (NPC) of China recently approved new rules that stop anyone from being a candidate in Hong Kong elections without the approval of a Beijing loyalist committee. This effectively ends democracy in Hong Kong.

This move comes after the statement made by the ruling CCP that only patriots will get the nod to hold any public office in Hong Kong. Patriots in terms of CCP lingo are individuals loyal to the CCP.

According to the new rules, the Election Committee that earlier voted for the chief executive of the city gets the power to pick the Legislative Council (LegCo) members. This will eventually fix all candidates loyal to the CCP.

Xinhua, the state-run news agency reported: “The electoral system should be conducive to safeguarding China’s national sovereignty, security, and development interests and help maintain the long-term prosperity and stability of Hong Kong.” This development has sent shock waves through political circles.

The newly expanded LegCo has 90 seats overall. However, candidates will not get a place in it if they do not abide by and comply with the Chinese Communist Party in the near future. Beijing will pre-determine and select candidates for 40 seats anyway.

“The committee shall be responsible for reviewing and confirming the qualifications of candidates for the Election Committee members, the Chief Executive, and LegCo members.”

The candidates will not have the authority to make critical comments on either the CCP or the Hong Kong government. This in fact makes the draconian National Security Law Beijing imposed on Hong Kong in 2020 even more repressive.

Li Zhanshu, the NPC chairman, said the new rules were passed with firm determination. He said: “All representatives were in strong agreement [about the need] to safeguard national sovereignty, security, and development interests, and maintain constitutional order in Hong Kong.” The ruling also forced the now meaningless LegCo elections to be postponed until 2022. Originally, the elections were slated to be held in September 2020, but then they were rescheduled for 2021.

No democracy for ordinary people in Hong Kong as before

Lo Kin-hei, the Democratic Party chairman, said that opposition politicians were unlikely to get involved in LegCo in the future. He said to reporters: “Everyone will be questioning how effective participation in LegCo can be, now that there is no real representation for ordinary people like we had in the past. This is something that the Democratic Party has to consider.”

Lord Patten of Barnes, the Former British colonial governor, said this is against the terms mentioned in the Sino-British Joint Declaration of 1984. In it, China had agreed to let democracy and Hong Kong’s electoral system remain unaffected until 2047.

On Hong Kong Watch’s website, Patten wrote on March 5, 2021: “China’s communist parliament has taken the biggest step so far to obliterate Hong Kong’s freedoms and aspirations for greater democracy under the rule of law.” He added: “Breaking all its promises, not least those made by Deng Xiaoping, the Chinese Communist Party has ordained that in order to be a Chinese patriot you must swear allegiance to the Communist Party.”

Patten lashed out at the CCP saying it has shown the world once more its trust level is at an all-time low. Benedict Rogers, the chief executive of Hong Kong Watch, said it is going to be like a “death knell” for freedom and democracy in Hong Kong.

Rogers added: “Under these reforms, the majority of Hong Kongers face permanent political disenfranchisement, with any candidate who offers criticism of Beijing or support for Hong Kong’s autonomy and democracy effectively barred from participation.” The majority of political opposition in Hong Kong has been imprisoned.