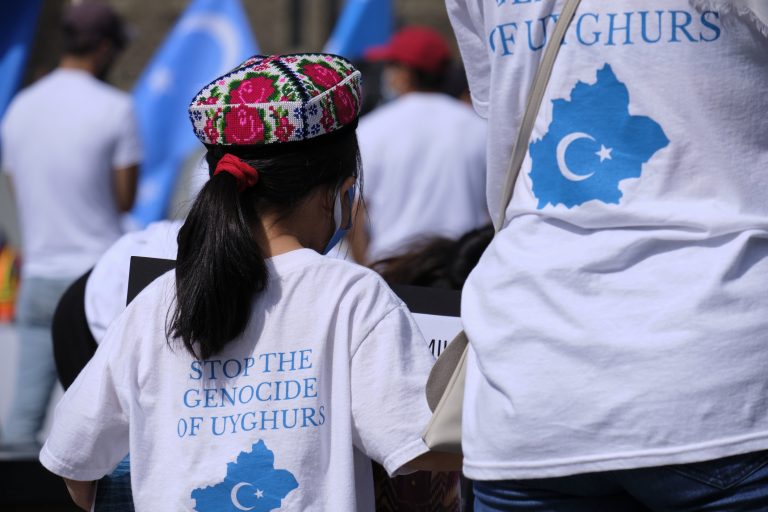 US and EU sanctioned Chinese officials involved in human rights abuses against Uyghurs in Xinjiang. (Image: Meanderingemu via Dreamstime)

The EU announced its sanctions, followed by the U.S. designations and then a joint statement from the foreign ministers of the so-called Five Eyes intelligence alliance made up of the US, the UK, Australia, Canada, and New Zealand.

“The evidence, including from the Chinese Government’s documents, satellite imagery, and eyewitness testimony is overwhelming. China’s extensive program of repression includes severe restrictions on religious freedoms, the use of forced labor, mass detention in internment camps, forced sterilizations, and the concerted destruction of Uyghur heritage,” the joint statement said.

Denouncing Beijing’s treatment of the Muslim Uyghur minority, U.S. Secretary of State Antony Blinken said in a separate statement: “The United States reiterates its calls on the PRC to bring an end to the repression of Uyghurs, who are predominantly Muslim, and members of other ethnic and religious minority groups in Xinjiang, including by releasing all those arbitrarily held in internment camps and detention facilities.”

He also applauded the EU’s human rights sanctions, marking the first time the bloc has issued punitive sanctions against Beijing since the 1989 Tiananmen Square crackdown.

The U.S. Treasury Department said it was sanctioning two Chinese officials — Wang Junzheng, former deputy party secretary in Xinjiang, and Chen Mingguo, director of the Xinjiang Public Security Bureau, saying the United States is “committed to using the full breadth of its financial powers to promote accountability for the serious human rights abuses occurring in Xinjiang.”

The EU and Britain sanctioned those same officials, along with two others — Wang Mingshan, a member of the Communist Party’s standing committee in Xinjiang, and Zhu Hailun, former deputy Party head of the region.

In response, China has dealt its own sanctions against the EU.

“This move, based on nothing but lies and disinformation, disregards and distorts facts, grossly interferes in China’s internal affairs, flagrantly breaches international law and basic norms governing international relations, and severely undermines China-EU relations,” a foreign ministry spokesperson said of the EU’s move.

China then announced its own sanctions against 10 European individuals, saying they had “maliciously spread lies and disinformation.” Those sanctioned included five members of the European Parliament.

Apart from the European 10 politicians, China also sanctioned four entities, including the Political and Security Committee of the Council of the European Union, the Subcommittee on Human Rights of the European Parliament, the Mercator Institute for China Studies, and the Alliance of Democracies Foundation.

Following the announcement of the sanctions on March 22, Blinken emphasized that the U.S. was also expressing the concerns of Western allies, saying that the U.S. had, “taken this action today in solidarity with our partners in the United Kingdom, Canada, and the European Union … These actions demonstrate our ongoing commitment to working multilaterally to advance respect for human rights and shining a light on those in the PRC government and CCP responsible for these atrocities.”

The latest development came after the United States and China held the first face-to-face talks between their top diplomats since Biden took office in January.

The run-up to the March 19 meeting in Alaska, which followed visits by U.S. officials to Eastern allies Japan and South Korea, was marked by a flurry of moves by Washington to delineate a flexible and pragmatic stance on Beijing. U.S. and Chinese officials concluded the meeting in what the administration called “tough and direct” talks; the CCP’s diplomats presented the summit as a triumph of Xi Jinping’s “great power diplomacy.”