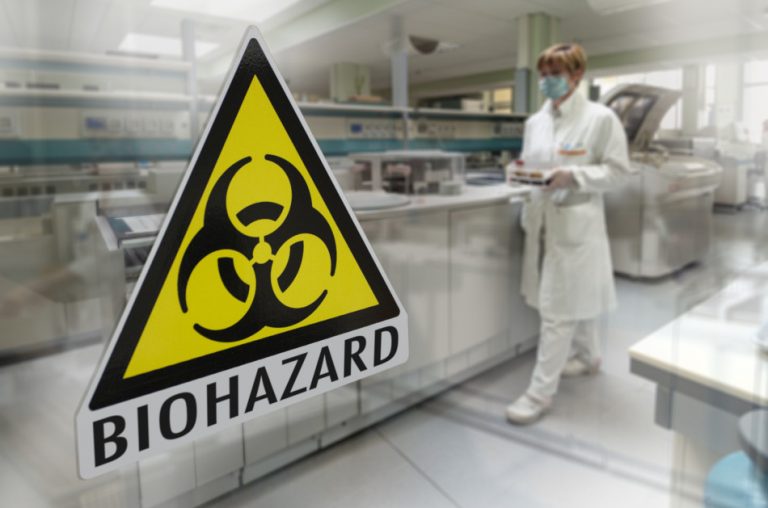 From Ebola and SARS to COVID-19, virus outbreaks over the last few years have drawn the attention of security officials. (Image: Antonio Truzzi via Dreamastime)

The mayhem unleashed by the coronavirus still looms large over the globe. Leading bioweapons experts have said it is necessary to maintain stringent security measures where laboratory viruses and high-risk pathogens are being tested. It is widely known that the Wuhan Institute of Virology, located in China’s Hubei Province, was actually dealing with the analysis of bat coronaviruses and there has been much speculation about whether or not the China lab could be the point of origin for the COVID-19 pandemic.

Hamish de Bretton-Gordon, a leading UK-based bioweapons expert told the Financial Times: “I think we need to see biological hazards as an existential threat to the 21st century in the same way that atomic science was to the 20th century.”

The ongoing COVID-19 pandemic has shown how dangerous contagious viruses can be to mankind. It is true that several such highly-infectious viruses are being examined in various labs in different countries.

The worrisome thing is not all such labs are equipped with necessary safety protocols. Hamish de Bretton-Gordon added: “The biological weapons convention says you should adhere to these rules, you should follow these guidelines and if there’s an accident, you should report it, but people have only paid lip service to that,” (Financial Times).

De Bretton-Gordon spent over a decade focused on chemical and biological attacks while serving in the British army and has experience dealing with anthrax, sarin, and chlorine gas attacks in countries like Syria and Iraq. He says the risks of stealing and spreading such high-risk pathogenic laboratory viruses do exist.

During his time with the British army, De Bretton-Gordon served as commanding officer for the UK’s Joint Chemical, Biological, Radiological and Nuclear Regiment. The security warnings of the former commander come at a time when the World Health Organization (WHO) team probing the origins of the pandemic has completed its work at the Wuhan Institute of Virology in China. It is yet to be ascertained if the lab was responsible for leaking the killer virus. However, de Bretton-Gordon said the coronavirus pandemic has shown how dangerous the after-effects of a lab breach can be.

The riskiest pathogens, such as Ebola and anthrax, are stored in the maximum containment BioSecurity Level 4 (BSL-4) labs. There are more than 50 such labs globally. The BSL-4 labs are put under WHO biosecurity guidelines and elevated national security regulations. Incidentally, the disputed Wuhan facility is also a BSL-4 lab.

Currently, the WHO only requires mandatory inspections for two of these labs that contain the last remaining supply of smallpox virus — the U.S. Center for Disease Control in Georgia and the Vector Institute in Siberia, Russia.

Concerns about the lack of safety protocols at the BSL-4 labs existed even before the pandemic. In particular, U.S. diplomats visited the Wuhan Institute of Virology three years back and warned of a shortage of skilled technicians needed to safely operate the facility.

George Mason University’s biodefense expert Professor Gregory Koblentz said that the WHO team’s experience at the Wuhan Institute for Virology shows these facilities that deal with deadly laboratory viruses need better monitoring and deployment of safety protocols. He added: “In the next couple of years there will definitely be more countries building BSL-4 labs. So we need to be more proactive and develop better oversight now to prevent this increased research [on viruses] resulting in more accidents or reckless behavior that could cause an outbreak that’s entirely avoidable.” (Financial Times)

Pathogenic laboratory viruses like botulinum and influenza are typically stored in the BSL-3 labs and these have lower security protocols in place. It is unclear how many BSL-3 labs are in existence globally. Hamish de Bretton-Gordon thinks there could be over 3,000 such labs.

Professor Koblentz is now working with King’s College London’s Dr. Filippa Lentzos. The latter is an expert in analyzing biological threats. They are keen on making a database of BSL-4 labs, albeit unofficially. In the future, they want to make a database of the BSL-3 labs too. Meanwhile, the WHO said in a statement that it is aware of these lab biosecurity issues.

De Bretton-Gordon thinks biological weapons are “morbidly brilliant” as they are not only effective, but also instill a sense of fear in the victims. Earlier, during the Ebola crisis spanning 2014-2016, he advised U.S. security services regarding the risk of terrorist groups intentionally using suicide bombers carrying the viruses to spread mass contamination.

Virus outbreaks over the last few years have drawn the attention of security officials. UK Defense Secretary Ben Wallace has warned that the threat of chemical and biological attacks is growing. He thinks the risk of biological attacks affecting the global population is very real. Unfortunately, with information readily available from online sources, the task of malicious parties seeking such weapons is that much easier.