US Proposes Bill to Include Taiwan in ‘NATO Plus’ Group 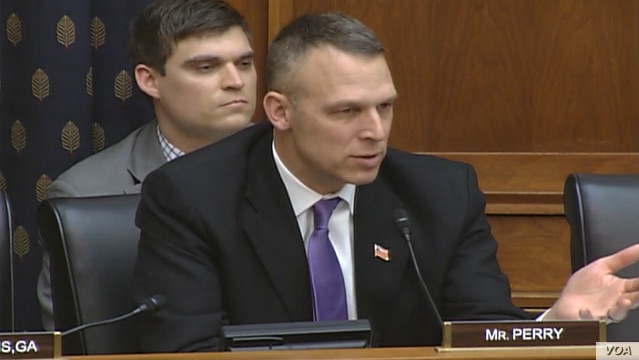 Scott Perry, the Republican representative for Pennsylvania's 10th District, introduced the 'Taiwan PLUS Act' in the House of Representatives on March 19. (Image: VOA)

U.S. Representative Scott Perry recently proposed a bill in Congress to include Taiwan in the NATO plus five countries.

Perry, the Republican representative for Pennsylvania’s 10th District, introduced the “Taiwan PLUS Act” in the House of Representatives on March 19 and has since been referred to the House Foreign Affairs Committee.

The bill notes that support for defense cooperation with Taiwan is critical to the national security of the U.S. and urges that Taiwan be included in the so-called “NATO Plus” group, which currently includes Japan, Australia, South Korea, Israel, and New Zealand.

The “NATO Plus” group members are drawn from the 17 countries the U.S. has designated as “major non-NATO allies” (MNNA). In the bill, Perry notes that Taiwan has been treated as an MNNA since 2003, although it is not formally designated as such.

MNNA status makes a country eligible for a range of defense-related privileges with the U.S., but it does not entail any additional security commitments.

Perry, who sits on the House Foreign Affairs Committee, wants the U.S. to take an even stronger stance against Beijing and even recognize Taiwan diplomatically. He said the legislation he proposed would improve military capabilities against China and that if it becomes law, Taiwan could be regarded as a country in all relevant laws and regulations within five years.

Taiwan’s foreign ministry said that it will monitor the bill’s progress and stay in contact with the U.S. government on the matter of Taiwan’s inclusion in the “NATO Plus” group.

Efforts to formalize US ties

The bill comes after U.S. Representatives Tom Tiffany and Perry introduced legislation on February 26 calling for the U.S. to resume formal diplomatic relations with Taiwan and end the one-China policy.

“For more than 40 years, American presidents of both political parties have repeated Beijing’s bogus lie that Taiwan is part of Communist China — despite the objective reality that it is not,” Tiffany, the Republican representative of Wisconsin’s 7th District, said in a press release. “It is time to do away with this outdated policy.”

Perry, the bill’s co-sponsor, said in a separate release: “As an independent Nation that proudly collaborates with Taiwan across a wide spectrum of issues, it’s long past time The United States exercised our sovereign right to state what the world knows to be true: Taiwan is an independent country, and has been for over 70 years.”

The bill, almost identical to one tabled by Tiffany last September, also calls for the negotiation of a free-trade agreement between Taipei and Washington, as well as support for Taiwan’s membership in international organizations.

Washington switched formal diplomatic allegiance from Taipei to Beijing in 1979. Interactions with the island nation have been guided by the Taiwan Relations Act of the same year and later the Six Assurances of 1982.

Beijing, meanwhile, deems any relationship with Taipei — official or otherwise — to be a violation of its “one-China principle,” under which it claims sovereignty over democratic Taiwan.

The non-binding concurrent resolution follows recent legislation that has the potential to progress bilateral ties, including the Taiwan Travel Act of 2018 and last year’s TAIPEI Act. The former allows for high-level diplomatic visits between Taipei and Washington, while the latter advocates for Taiwan’s inclusion in international organizations where statehood is not a requirement.