US Military Officials Warn Biden Administration: ‘Not Enough Being Done’ to Counter China 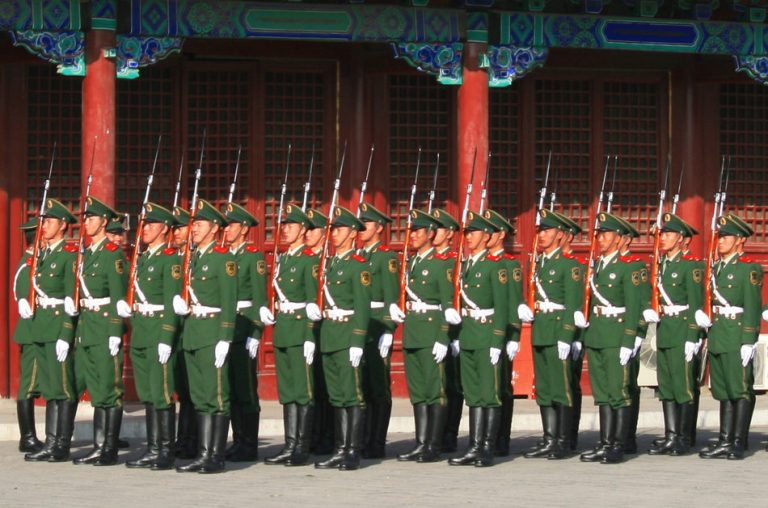 In the continuing political tension between China and India, Bhutan is becoming the unwilling sufferer. (Image: Think Design Manage Services Ltd. via Dreamstime)

The U.S. has taken a tough stance on its foreign policy toward China since the time of the coronavirus pandemic. Now, senior U.S. military officials are saying that not enough is being done by the Biden administration to counter China or thwart the military aggression of the Chinese Communist Party (CCP).

China has made headlines in recent times for showing aggressive tendencies in dealing with foreign trade partners like Australia. It has also exhibited an adamant stance on border-related issues with neighboring countries like India. As the Biden administration gears up to review Pentagon plans, U.S. military officials are stressing the importance of taking steps to thwart China’s aggressive moves.

The U.S. Indo-Pacific Command leaders have expressed concern about China’s growing ambitions to claim territories belonging to nearby Asian countries. Its crackdown on Hong Kong and aggression toward Taiwan are making headlines nowadays. If solid steps are not taken to counter China’s moves, it will emerge as a threat to the European and U.S. governments in the near future.

Biden administration has not yet taken a strong stand against China

U.S. military officials feel worried as the Biden administration is yet to take any strong steps in this regard. Beijing has long-standing border disputes with many neighboring nations and the list includes India, Bhutan, and Taiwan. It is a fact that the Chinese government is steadfast in its aim to include Taiwan as part of its map. Chinese President Xi Jinping said earlier that by 2049, it would become a part of mainland China. The CCP-led government may have similar opinions on parts of countries that it considers to be Chinese territories.

The U.S. military in fact is not sitting idle. It is deciding on strategic locations to put its troops in Asia. As it is, America has thousands of troops stationed all over the Pacific region, including in South Korea and Japan. However, they think it is necessary to alter the location of the troops with time. The U.S. military has said a new approach to operations needs to be adopted. This will be pivotal to linking the service branches and also for neutralizing the Chinese armed forces.

The Chinese armed force is huge and that may make it hard for any country to counter an offensive launched by it. The CCP may have the upper hand when it comes to taking over areas belonging to neighboring countries. So the U.S. military officials think they have to figure out apt ways to counter the aggression of the Chinese army.

According to updates, the U.S. army is now busy setting up special units for carrying out multi-domain operations. They are preparing long-range precision missiles too. The army is setting up a Multi-Domain Task Force (MDTF) to counter Chinese army defenses. The MDTF is meant for thwarting such aggressive moves adopted by the Chinese army. It will rely on advanced technology and electromagnetic warfare techniques to stop Chinese army moves, if necessary.

The Army’s MDTF actually carried out exercises in Australia, Guam, and Japan in the last one and a half years. This is actually more than what they are accustomed to doing. However, the noteworthy thing is that China is not sitting idle either. It is boosting its multi-domain capabilities with a focus on maritime and cyber spheres. In spite of this, U.S. army officials have faith that they will be one step ahead of China in multi-domain capabilities. The U.S. forces are experts in carrying out operations jointly. They are experts in the domains in which China is developing its forces.

The U.S. military officials, however, are in no mood to overlook the threat posed by Chinese army tactics. The speed of growth is something they are worried about. The size of the Chinese army is a factor they can’t overlook. So the U.S. government and the Biden administration need to tweak its policies toward China and deal with the issue strongly.