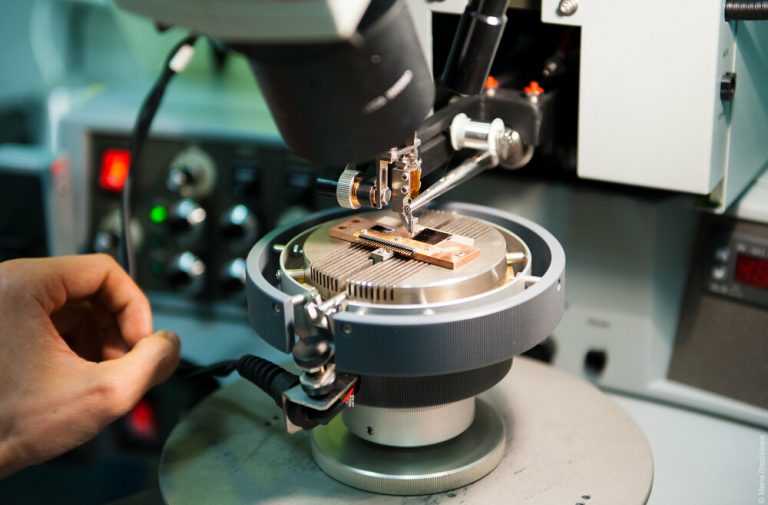 A study by NUST MISIS, the Russian Quantum Center, and the Karlsruhe Institute of Technology, published in npj Quantum Information, may pave the way for quantum computing. A Russian-German research team has created a quantum sensor that grants access to measurement and manipulation of individual two-level defects in qubits.

In quantum computing, the information is encoded in qubits. Qubits (or quantum bits), the quantum mechanical analog of a classical bit, are coherent two-level systems. A leading qubit modality today is superconducting qubits based on the Josephson junction. That is the kind of qubit IBM and Google used in their quantum processors. However, scientists are still searching for the perfect qubit — the one that can be precisely measured and controlled, while remaining unaffected by its environment.

Modern techniques do not allow the building of a qubit with 100 percent precision, resulting in so-called tunneling two-level defects that limit the performance of superconducting quantum devices and cause computational errors. Those defects contribute to a qubit’s extremely short lifespan, or decoherence.

Tunneling defects in aluminum oxide and at surfaces of superconductors are an important source of fluctuations and energy losses in superconducting qubits, ultimately limiting quantum computing run-time. The more material defects occur, the more they affect the cubit’s performance, causing more computational errors, the researchers noted.

The new quantum sensor grants access to the measurement and manipulation of individual two-level defects in quantum systems. According to Prof. Alexey Ustinov, Head of the Laboratory for Superconducting Metamaterials at NUST MISIS and Group Head at Russian Quantum Center, who co-authored the study, the sensor itself is a superconducting qubit and it allows the detection and manipulation of individual defects.

Traditional techniques for studying material structure, such as small-angle X-ray scattering (SAXS), are not sensitive enough to spot small individual defects; therefore, using those techniques won’t help to build the best qubit for quantum computing. The study may open avenues for quantum material spectroscopy to investigate the structure of tunneling defects and to develop low-loss dielectrics that are urgently required for the advancement of superconducting quantum computing, the researchers believe.

Provided by: National University of Science and Technology MISIS [Note: Materials may be edited for content and length.]