The Timeless Story of Sun Wukong, the Monkey King 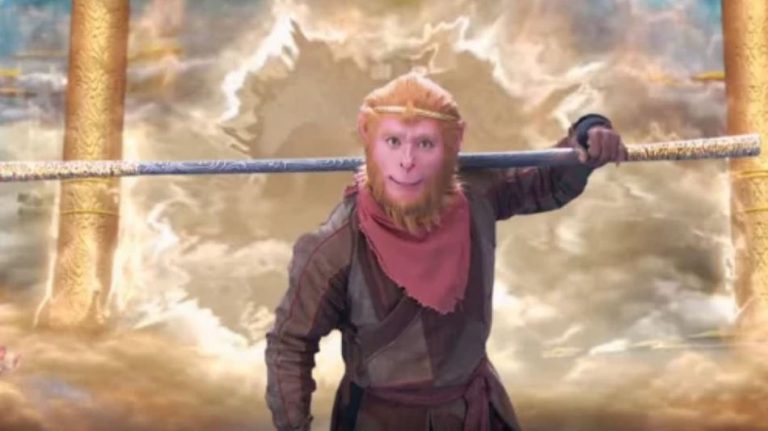 The characters in a story are what make it come to life. (Image: via Secret China)

One of the most famous Chinese legends concerns the Monkey King, or Sun Wukong, known to the Chinese as a character from Journey to the West, one of China’s classic novels.

The Monkey King created havoc in Heaven, and even the celestial warriors couldn’t subdue him. With the help of Lord Lao Zi and the God Erlang Sheng, the best of Heaven’s generals, he was finally caught, but nothing could hurt him. Not even a knife or ax could cut him, nor could lightning, thunder, or fire affect him.

Consequently, Lord Lao Zi put the Monkey King into his alchemy furnace and refined him for 49 days, but instead of burning him, the Monkey emerged from the furnace more powerful than ever, having developed a pair of eyes that allowed him to see through what others normally couldn’t.

“You naughty monkey. You have no teacher and have not experienced cultivation, so how do you dare try to take the Jade Emperor’s power?”

“I am able to transform myself into 72 different images, I have immortality, and I can use the clouds to travel 18,000 miles in a single somersault, so why can’t I take the power of the Jade Emperor?”

“I will make a deal with you. If you can somersault out of my right palm, then I will let the Jade Emperor give you his power; otherwise, you will have to cultivate for thousands of years on Earth.”

Looking at the Buddha’s palm, which was no more than a foot in length, the Monkey King smiled to himself and hastily said: “Are you sure you can handle this?” The Buddha said: “Yes.”

So the Monkey King stood in the middle of the Tathagata’s right palm, feeling that the palm was no bigger than a lotus leaf. He did one somersault and kept moving forward until he saw five huge pillars.

He had surmised that he had reached the end of the Heavens and to prove his trail, he urinated at the bottom of the first pillar, pulled out one of his hairs and said: “Change!” He then changed the hair into a big brush and wrote on the middle pillar the words: “The great Sage as high as Heaven visited here.”

Monkey King is outwitted by the Buddha

Monkey King returned to the center of the Buddha’s right palm with another somersault and shouted to the Buddha: “I left and returned; you should now let the Jade Emperor give me his power.” The Buddha said: “You monkey, do you know that you are still in my palm?”

The Monkey King said: “You just don’t know that I went to the end of the Heavens and found five red pillars. I left a sign there. Do you dare to go with me to check?”

The Buddha said: “There is no need for me to go and check; you just look down and you will see.” The Monkey King looked and found that on the middle finger of the Buddha’s right hand, there was a line of words: “The great Sage as high as Heaven visited here.” And there was also a strong smell of urine in the Buddha’s hand.

The Monkey King was very surprised and said: “How can this be. I wrote these words on a pillar that supports Heaven, but how can it be on your finger? No, I don’t believe it. It is impossible.”

The Monkey King is suppressed under Wuxing Mountain

The Monkey King tried to escape from the Buddha’s hand, but the Buddha turned over his palm and changed his five fingers into a mountain of the five elements of gold, wood, water, fire, and soil, and suppressed him under the mountain where he remained imprisoned for five centuries.