Child Prodigy Gets Compared to Mozart, but Is Happy Just Being Herself 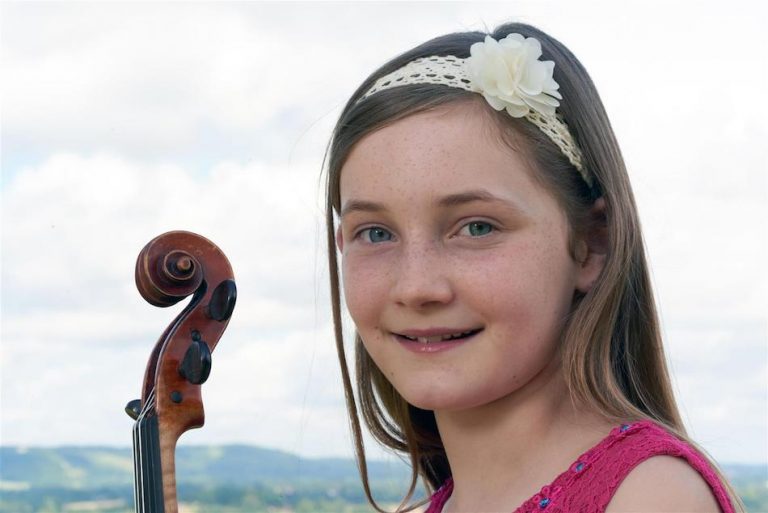 Musical child prodigy Alma Deutscher knows the value of being content within herself. (Image: Alex Nightingale Smith via Wikimedia Commons)

Musical child prodigy Alma Deutscher started playing piano at two and violin at three. By the age of six, she had composed her own piano sonata and her first opera by seven. At nine, she wrote a concerto for violin and orchestra, completed her first piano concerto at 12, and two years on, sold out her debut show at Carnegie Hall in New York — a show dedicated to her classical music compositions.

The young musician was born in 2005 and lived in Surrey, England, until just recently having moved to Vienna.

The same comparison was brought up by a BBC Radio 4 presenter, to which Alma beautifully replies that she wants nothing more than to be herself.

“I actually think that if I was again a little Mozart, then it would be a bit boring,” she said. “I would write exactly what Mozart had written before. I think I would prefer to be a little Alma.”

She also talks about her way of composing in which melodies come to her when she is swinging or skipping rope and telling stories in her head.

The Sweeper of Dreams was Alma’s first realized Opera, and was from Neil Gaiman’s story of the same title. The opera was performed in Israel in 2013. Parts of this score came to Alma in a dream.

Her parents say her talent was evident early on. When Alma was 3 years old, they were playing a lullaby by Richard Strauss, and she said to her parents: “How can music be so beautiful?” She was totally struck by the beauty of it.

Her father used language experiments with Alma in the first years of her life that related to his professional research in linguistics. One interesting thing is that he made sure never to tell her that the sky is “blue.”

It was in an effort to understand why ancient cultures never used this term for the sky. Alma called the clear sky “white” instead of “blue,” which was reported in Guy Deutscher’s book Through the Language Glass: Why the World Looks Different in Other Languages.

Alma registered to go to school at five, but he didn’t have a good experience on orientation day, so she was home-schooled instead. In a BBC interview, she says:

“I never want to go to school. I have to go outside and get fresh air, and read.”

Alma also talks about her improvising on a classical music program on the Israel Educational Television called Intermezzo with Arik. She improvises a few pieces on the show, and when she was asked if she felt free to break musical rules, she replied that she stays within them and referenced the Galant composers (a musical style that returned to simplicity following the Baroque period) and their adherence to established musical form.

Her first piano solo album, From My Book of Melodies, was released by Sony Classical in 2019 and is published by G. Schirmer.

I’ll leave you with a clip of Alma Deutscher introducing her composition Siren Sounds Waltz at her debut in Carnegie Hall:

“I’ve always wanted to write beautiful music, music that comes out of the heart and speaks directly to the heart, but some people have told me that nowadays melodies and beautiful harmonies are not acceptable in serious classical music because in the 21st-century music must reflect the ugliness of the modern world.

“Well in this waltz instead of trying to make my music artificially ugly to reflect the modern world I went in exactly the opposite direction. I took some ugly sounds from the modern world and I turned them into something more beautiful through music.”

Describing Alma as a child prodigy is not overstating her talent. Explore more and keep up-to-date with news on Alma Deutscher’s website.